The release of the EOS R7 and EOS R10 first generation Canon Mirrorless APS-C cameras and accompanying RF-S lenses have surpassed our expectations. This review highlights sample images, video reviews and more on how these hybrid cameras can transform your content. 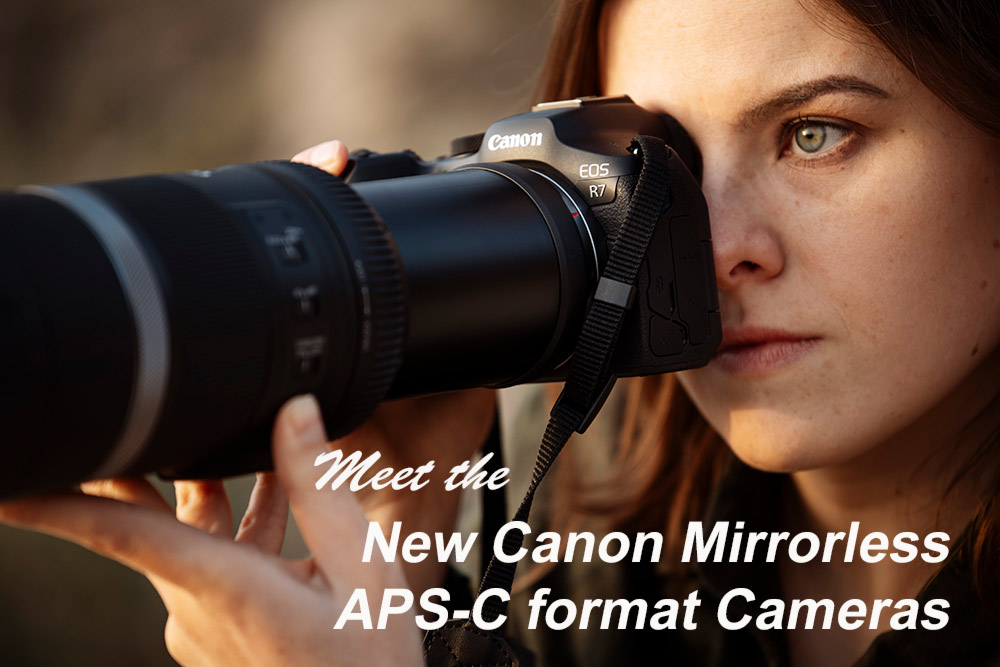 What are the new Canon Mirrorless APS-C cameras?

In May 2021 Canon released two new APS-C format mirrorless cameras – which are the flagship Canon EOS R7 and EOS R10, that can be considered a competent all-rounder. Both feature hybrid capabilities, with great stills and video technology, which steal the limelight from their DSLR counterparts. You’ll be sorely tempted to make the move to mirrorless if you’ve been shooting with a crop sensor DSLR such as the EOS 7D series, where you might consider the EOS R7 or 70D, 80D and 90D which equate to the EOS R10. 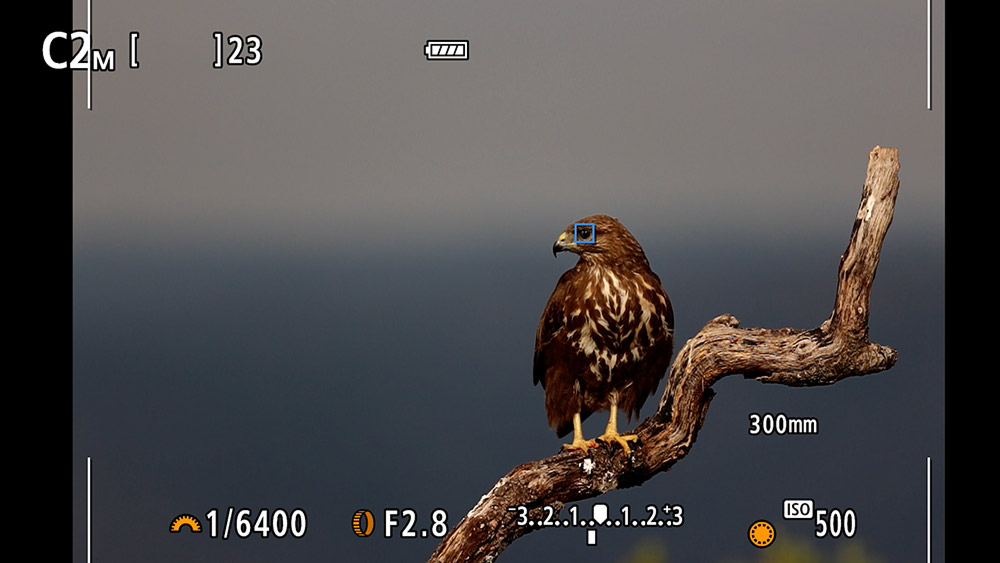 Photographers and videographers choose an APS-C format camera over a full-frame camera, for a variety of reasons. In the case of these Canon EOS R cameras you’ll get a 1.6x crop factor, together with a greater depth of field than with a full-frame camera. This means you can get closer to the action with an equivalent focal width lens, while having a deeper focus plane. This is ideal for several styles of photography including sports, wildlife, action and bird photographers, who will generally choose an APS-C size sensor camera.

Due to having smaller sensors, pixel density is higher with crop sensors compared to an equivalent full-frame sensor. This gives you higher perceived detail and sharpness, which is extremely beneficial for the aforementioned target subjects. This is why you will often see professional sports photographers on the sidelines of big events shooting with compact crop sensor cameras and huge telephoto lenses, rather than full-frame cameras. 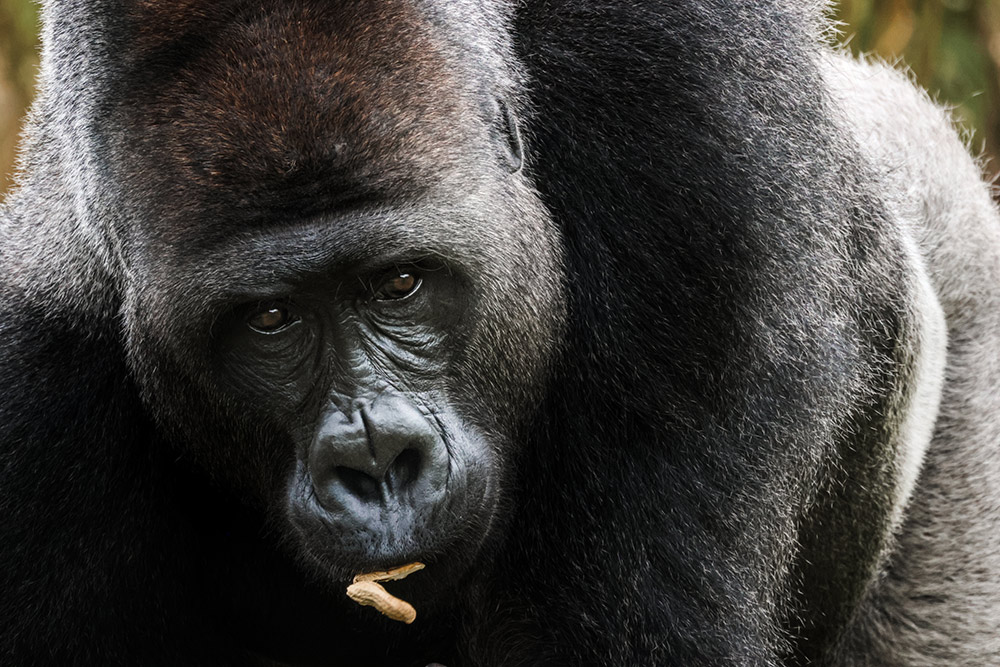 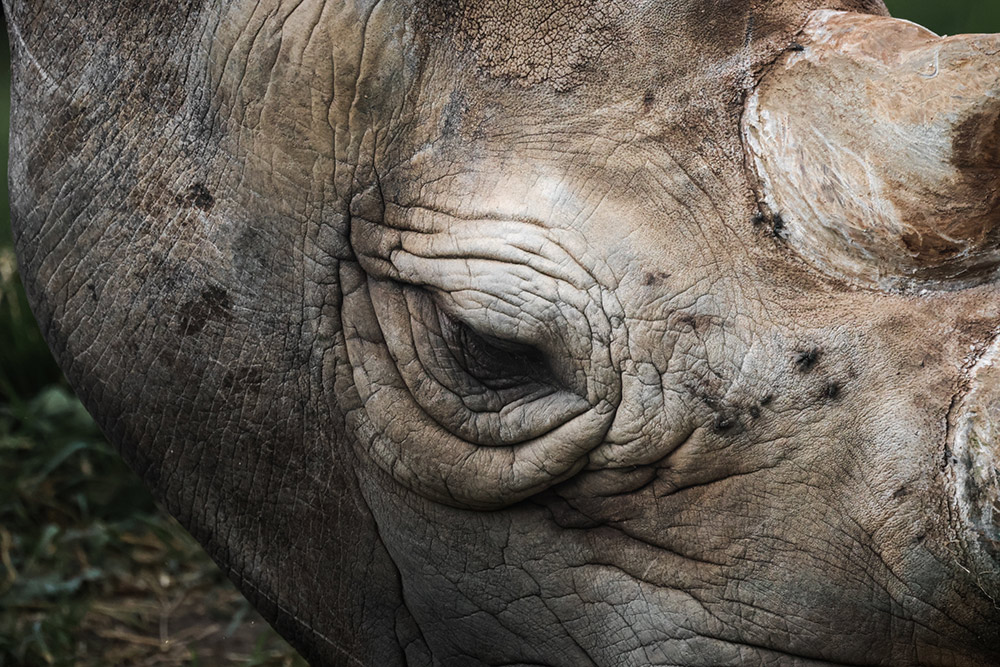 Making the move to APS-C mirrorless from a DSLR

Whilst there are many other similarities between these two new crop sensor mirrorless cameras, it’s fair to say the shared features listed above already present huge benefits for anyone who’s considering moving to mirrorless from their DSLR system. You can keep your existing lenses, shoot at faster frame rates, record incredible oversampled 4K video, access the latest AF system and of course you get 32.5 megapixels with the class-leading R7, which is the sweet spot for enthusiasts and professional photographers working with a crop sensor camera. 32 megapixels gives plenty of latitude for cropping as well as a higher resolution with incredible detail. On the other hand 24.2MP on the R10 is plenty for many users, allowing you to make nice sized prints and show off your creativity full-screen and on any social media channels. 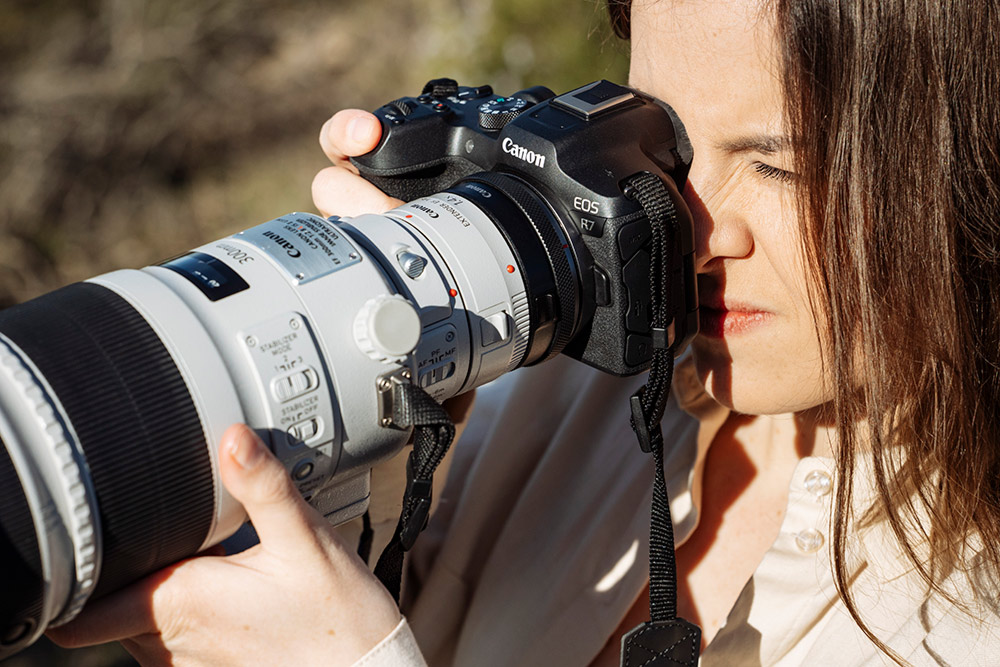 What does the EOS R7 offer over the R10?

Key advantages which the R7 offers, include the ability to record in Canon Log 3, which captures a wider dynamic range. You can also record long-form content up to six hours maximum duration (rather than two with the R10).

Perhaps most noticeably, is the R7’s addition of dual SD card slots and IBIS (In-body stabilisation). The 5-axis in-body stabilisation system combines with RF lenses to provide more stable shooting, with the Canon RF-S 18-45mm f/4.5-6.3 IS STM Lens rising from 4-stops to 6.5-stops of compensation and the Canon RF-S 18-150mm f/3.5-6.3 IS STM Lens going from 4.5-stops to 7-stops. You’ll see similar gains with other RF lenses, rising to an incredible 8-stops with RF 24-105mm F4 L IS USM, for both video and stills.

The R7’s higher resolution and dual SD memory card slots ensures it is destined to be used as a second body for professionals who want the extra 1.6x reach for certain shooting situations, thanks to the ability to share lenses with a full-frame camera. You also get an auto-horizon levelling feature, which is sure to be appreciated when shooting in fast-paced settings. 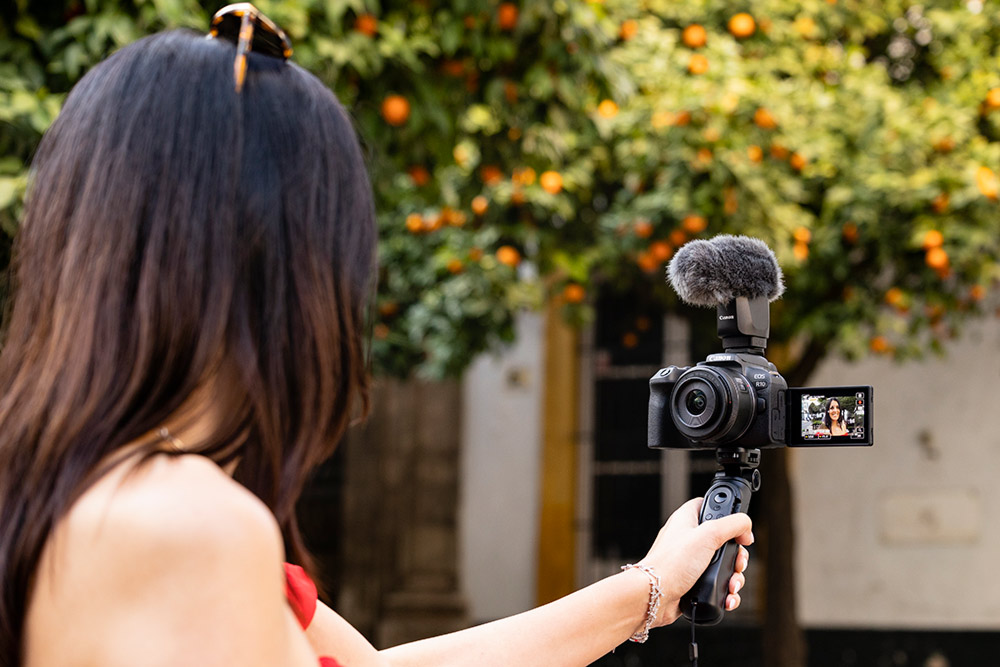 Key camera differences at a glance:

Canon released two crop sensor format lenses in an entirely new mirrorless RF lens category, which carry the RF-S name (rather than RF for full-frame). The primary benefit of a native format APS-C lens is the compact form and ultra lightweight they offer. At the time of launch these two kit lenses are the: 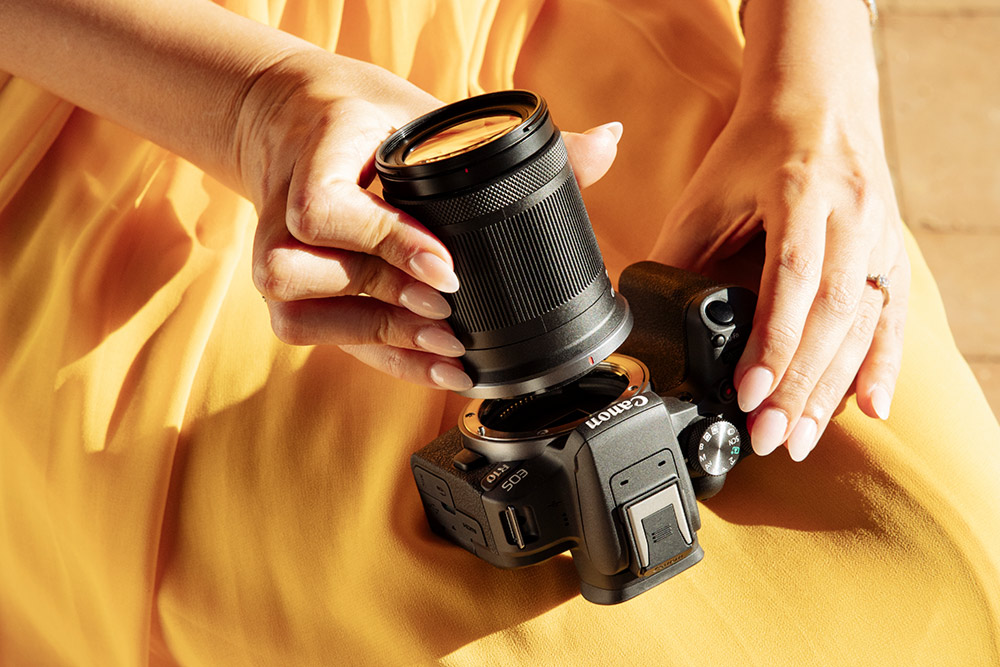 Both of these new lenses offer access to compact and lightweight optics straight from the get-go, and share a fast and quiet Stepping Motor (STM) which is fully compatible with Dual Pixel CMOS AF II. This means you can focus on and track subjects including humans, Animals and Vehicles at high frame rates which both cameras offer. Either lens is also extremely good at capturing video with great detail and versatile focal widths. You can get either lens in a choice of kits:

When using full-frame RF lenses you’ll experience incredible image quality combined with 1.6x greater reach as well as combined lens and camera stabilisation. Based on primary users, telephoto lenses are sure to be the most popular, with these current RF lenses leading the pack:

Canon’s pro telephoto prime RF 400mm F2.8 L IS USM will give you 640mm equivalent, with the brightest aperture available in their RF telephoto series at the time of launch. 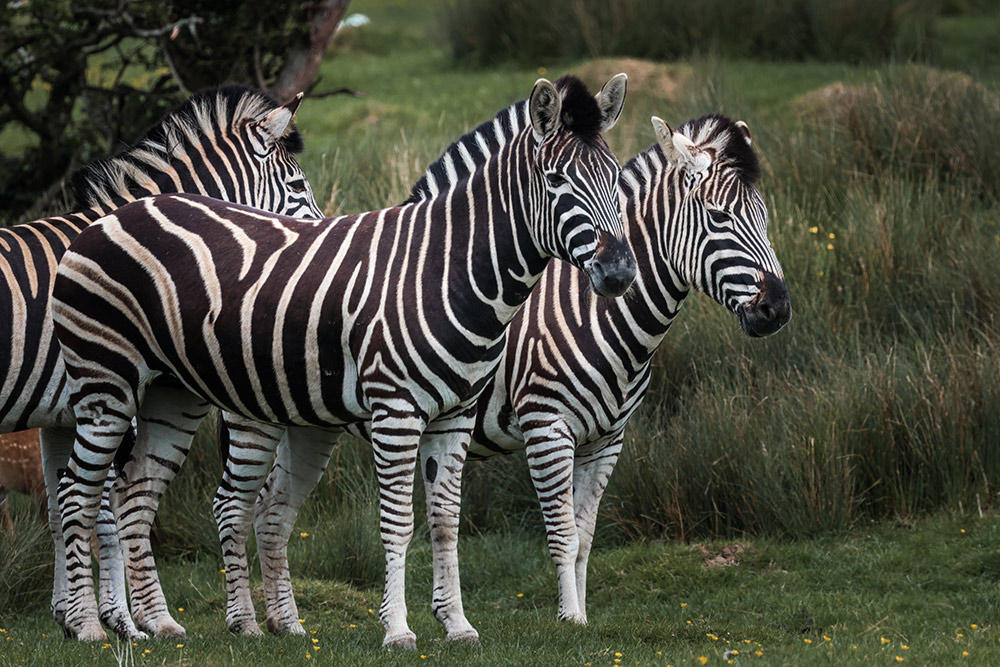 Many photographers had been waiting patiently for Canon to release a crop sensor mirrorless camera, designed to accommodate greater reach for sports, action, bird and wildlife photography. These users can now harness the brut power of the EOS R7, eminently worthy of the flagship status that it has received.

The R7 is relatively compact, extremely fast and utilises the latest Dual Pixel CMOS AF II together with a newly developed 32.5 megapixel sensor. It also features in-body stabilisation and dual cards can be configured in a variety of ways to suit your workflow. A flip-out screen provides versatile shooting options and battery life is comparable to any DSLR which has gone before.

For newcomers to interchangeable lens cameras, the EOS R10 offers a system which can grow with your skills, with extremely capable features in-line with some of the best consumer-level DSLRs ever made. Despite including some advanced features the body remains incredibly compact, which will appeal to those who don’t want the bulk and weight of DSLRs or full-frame systems. 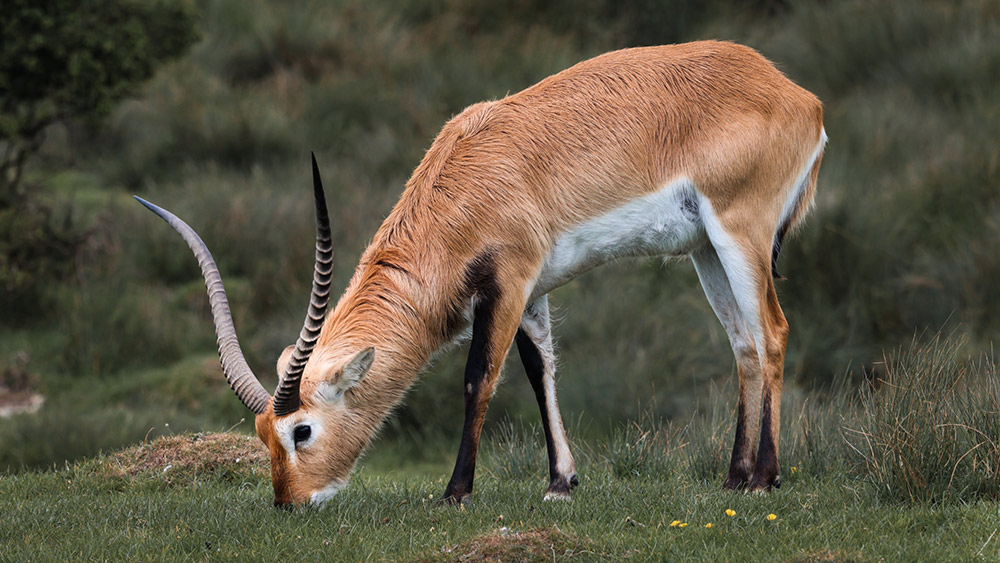 These RF-S lenses are smaller and lighter, and we’re expecting plenty more options as Canon develops this system. Meanwhile you can use virtually every new Canon lens and a wealth of cost-effective used Canon lenses, whether that be RF, EF or EF-S using a mount converter.

There’s never been a better time to switch to mirrorless for anyone who prefers smaller and lighter gear, together with the pixel density and greater reach, which a crop sensor provides. We’re certain you’ll agree once you see what these new bodies are capable of, so why not check out the throughly professional EOS R7 here or the excellent EOS R10 all-rounder to reserve yours today.