Video Equipment for Vlogging and Streaming From Home 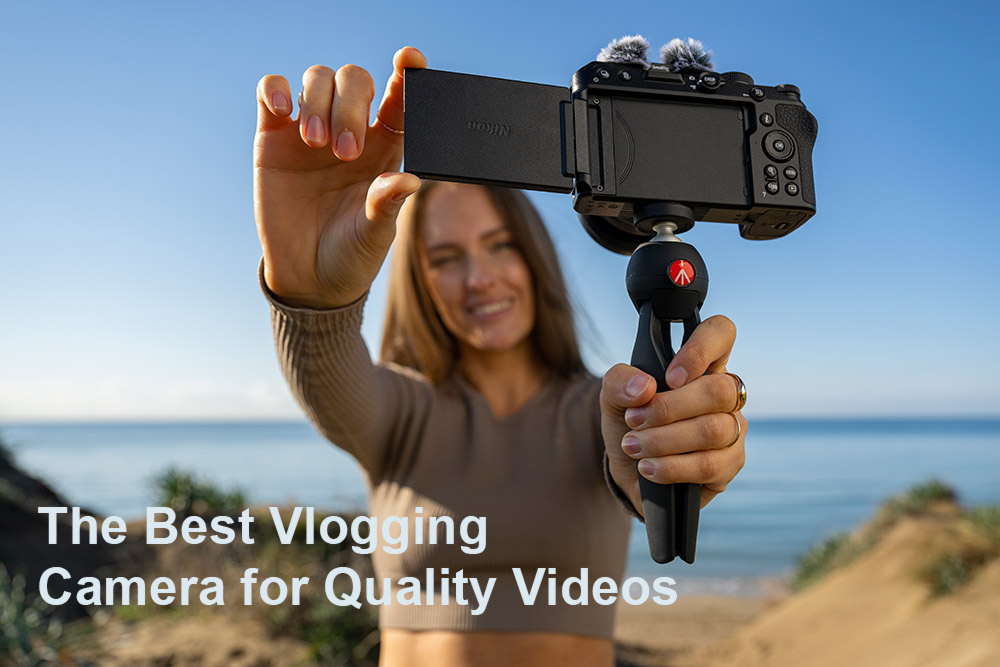 Whether you’re just starting out and thinking about setting up a YouTube channel, or you’re a seasoned vlogger who wants to create better quality videos - our guide will help you find the best vlogging camera and accessories for your needs - whatever your skill level or budget.

What is a Vlogging Camera?

A vlogging camera comes with different features to a regular camera, which are designed to help creators easily make high-quality videos. Features differ between models, but ideally include a dedicated record button, a fully-articulated screen for selfie recording and stabilisation to keep movies shake-free when handholding. 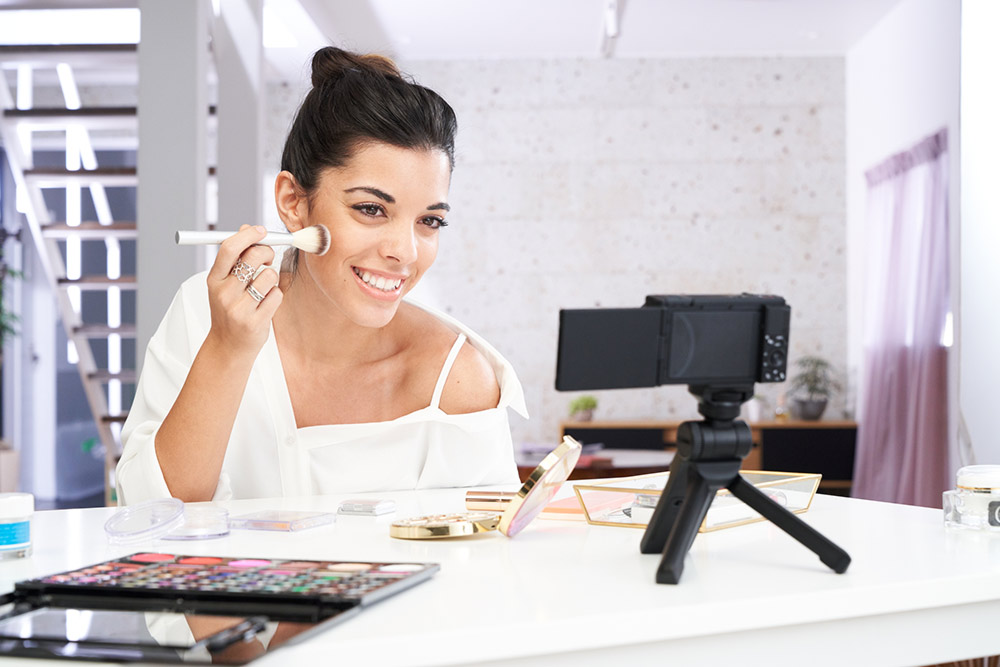 What to Look For in a Vlogging Camera

The most important features to look for in a vlogging camera are effective image stabilisation, accurate autofocusing and a screen, which - at a minimum - flips up so you can see yourself. Most mirrorless cameras are capable of recording full HD, but future-proofing your videos with 4K is a better option.

Vlogging cameras should also be as lightweight as possible for run-and-gun content, which typically means choosing a mirrorless camera over a DSLR, although there are some lighter DSLRs suitable for vlogging. An external camera microphone socket is also useful in order to capture the best sound possible.

Many cameras come with built-in microphones, however an external mic will elevate your audio dramatically, which is equally as important as video quality. You should also choose a camera which has the ability to live-stream if you want to create live content to share on social media platforms. Although not essential, it’s nice to have a dedicated front-facing light or highlighted screen, which lets you know when you’re recording. 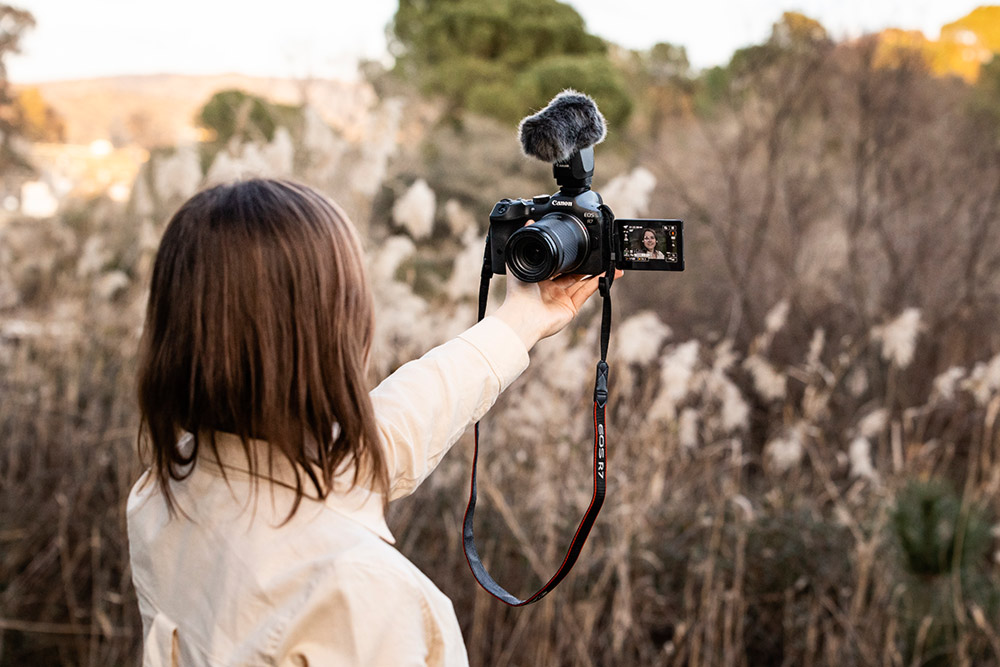 The Best Cameras for Vlogging

When choosing the best cameras for vlogging, you need to consider what types of videos you will create. If you intend to walk around a lot, perhaps for a travel vlog, you should choose a compact and lightweight camera. Fast autofocus, which switches quickly between subjects is a great feature for product reviews and shots to camera.

Whichever style and subjects you’re interested in vlogging, you’re sure to find the perfect camera to meet your needs. 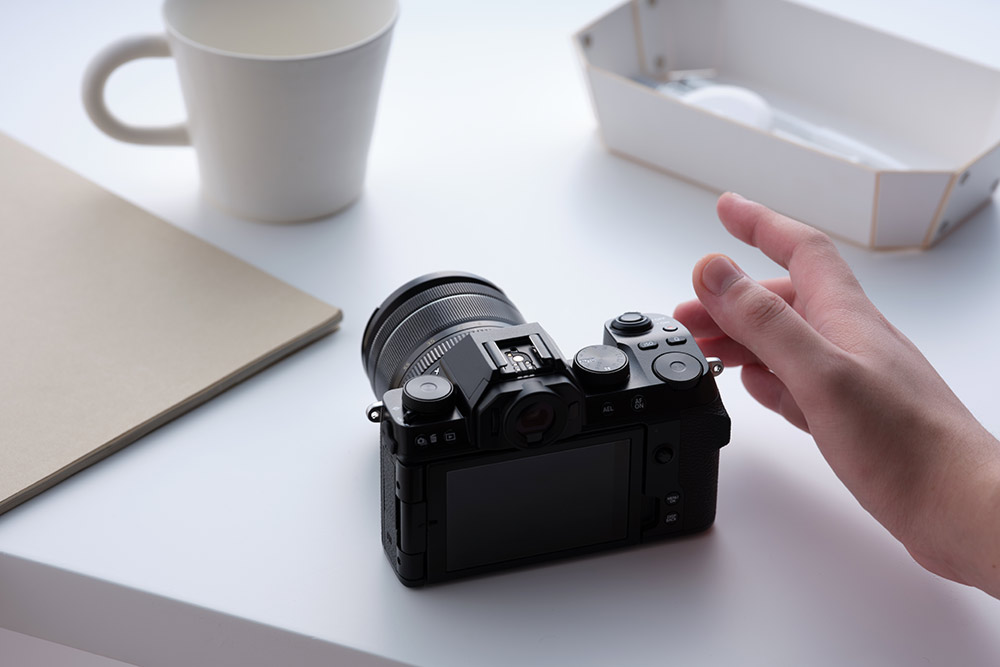 One of the smallest, most compact vlogging cameras, which also includes powerful features, is the Sony ZV-1. It weighs a minuscule 294g, yet comes with Sony’s advanced face-detection and tracking autofocus, along with other useful features, including an articulating screen and built-in ND filters for brighter days.

A compact camera for travel is a good choice for anyone who travels to various locations, as well for run-and-gun creators who handhold their camera. If you like to be able to switch lenses for different focal lengths, one of the lightest interchangeable lens mirrorless cameras for vlogging is the Nikon Z30. The combined body and lens weight is just 540g, but despite its size, it is capable of capturing truly stunning video content. 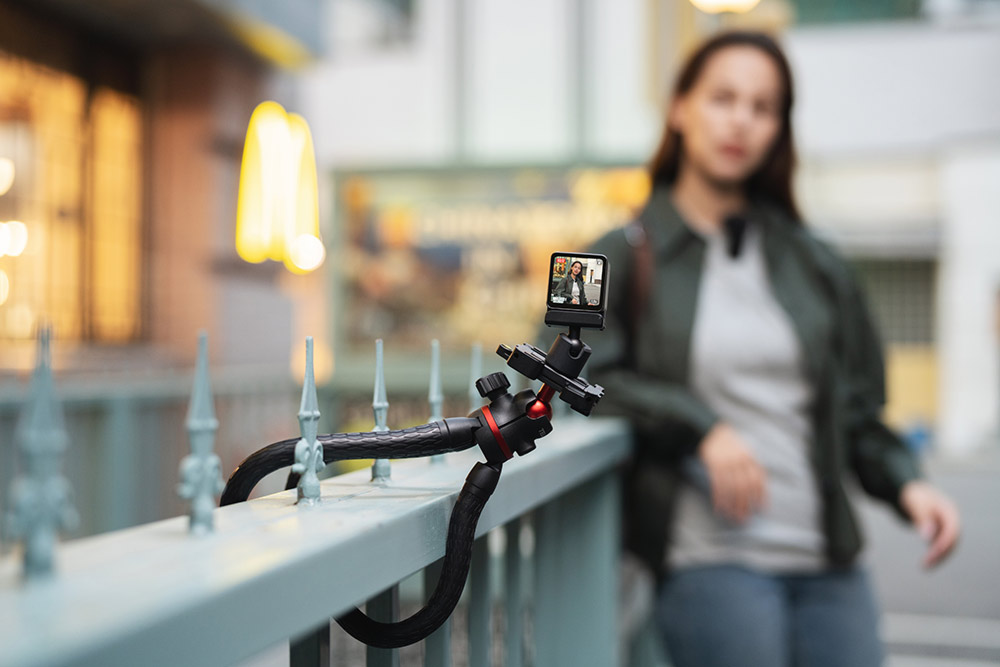 A flip screen is useful for selfie-style vlogging, as you can see where you are in the frame when recording. Some screens also offer touchscreen control, which is a brilliant feature that allows you to control the camera, focus points and other settings while facing towards the camera.

Aside from the Sony ZV-1, the best vlogging camera with a flip screen is the Fujifilm X-S10, which comes with a versatile zoom lens and Joby Gorilla pod mini tripod. The X-S10 delivers pro-technology in a simple, high-quality vlogging kit, that is perfect for everyone, from beginners to advanced content creators. 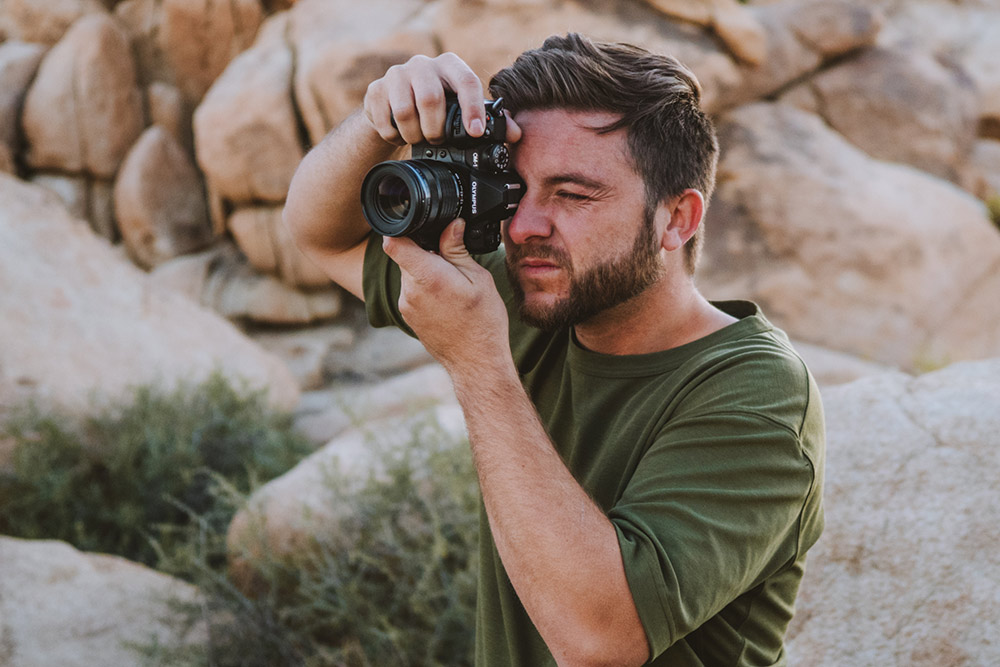 The Best Camera for Vlogging and Photography

Many creators are hybrid shooters who need the best camera for both vlogging and photography. The recently released Canon EOS R7 and Fujifilm X-H2S are two of the best hybrid cameras available and both include APS-C format sensors, with extremely high-quality photo and video capabilities.

Along with great hybrid features, vloggers who want the best of both worlds also benefit from incredibly effective stabilisation, vari-angle touchscreens and much more.

Additionally, the OM System OM-1 and Panasonic Lumix GH6 are two other cameras which make an excellent choice for hybrid creators. These compact micro four thirds cameras are capable of capturing impressive photos and videos, and include equally comprehensive vlogging features. All four hybrid models will accept an external mic and provide flagship performance from each of these brands. 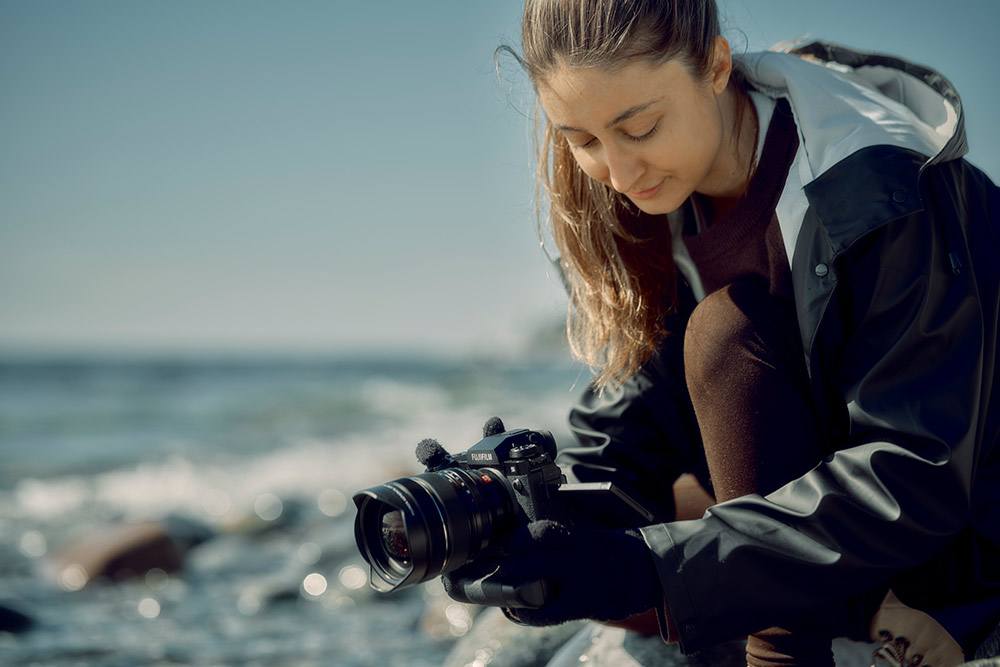 There are plenty of excellent value vlogging cameras to choose from if you’re just starting out or simply want to dip your toe in the water before committing to a more advanced set-up. The DJI Action 2 Dual-Screen Combo includes a dual selfie screen and captures super-wide 4K/120fps videos.

You can also expand DJI’s modular action camera to add new features if you decide to continue your vlogging career, which costs from around £300.

Another good value choice is the Panasonic Lumix G80, which was the go-to camera for vloggers and hybrid creators just a couple of years ago. This compact interchangeable MFT camera will do virtually everything you need it to, for little over £500.

Buying a used camera is a budget-friendly alternative to save even more when investing in your first vlogging camera. Buying used equipment presents a choice between DSLR and mirrorless cameras, as well as a huge range of second-hand lenses to suit any budget. 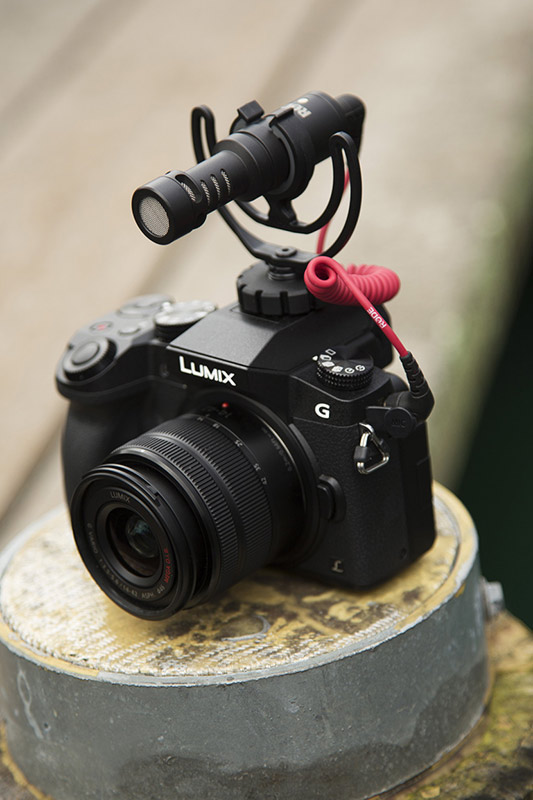 Vlogging is big business, and it helps to have the right set-up to make your content stand out from the crowd. Vlogging cameras with particular features, such as stabilisation and flip screens will help you create the most engaging videos, as will key vlogging equipment like a microphone and lighting.

Whether you’re just getting started or want to elevate your videos, browse our range of video equipment and cameras to find the perfect set-up for your content creation.