With the launch of Sony’s first professional 4K Super 35 cinema camera, we have a Sony FX30 vs FX3 vs FX6 Camera Comparison with full specs, in order for you to decide which is best for your content. 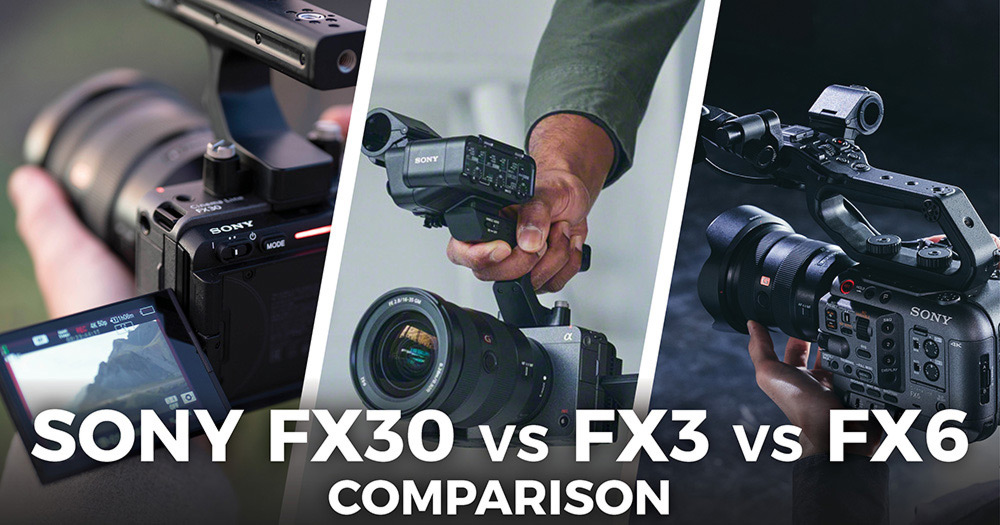 The FX30 arrives as the most affordable Sony pro video camera in the range, but how does it compare to existing full-frame models? Lets start by drawing attention to the new back-illuminated 4K APS-C sensor, which is paired with the tried-and-tested BIONZ XR image processor with 6K oversampling, for beautiful internal 4K/120p 10bit 4:2:2 All-Intra recording. This headline alone should get plenty of attention, as the FX30 shrugs off it’s compact size, light weight and affordable price tag, with some seriously heavyweight features for videographers.

Whether you need a second dedicated cinema camera, or considering upgrading from an existing mirrorless system, our guide has all the specs and everything you need to know about the FX30.

When was the Sony FX30 released?

The Sony FX30 cinema camera was released on 28th. September 2022, following on from the extremely successful FX3, which launched February 23, 2021. Sony’s FX6 arrived in November 2020, for three new cinema bodies arriving in under three years. This is impressive for Sony and most welcome for video creators who shoot with dedicated gear. 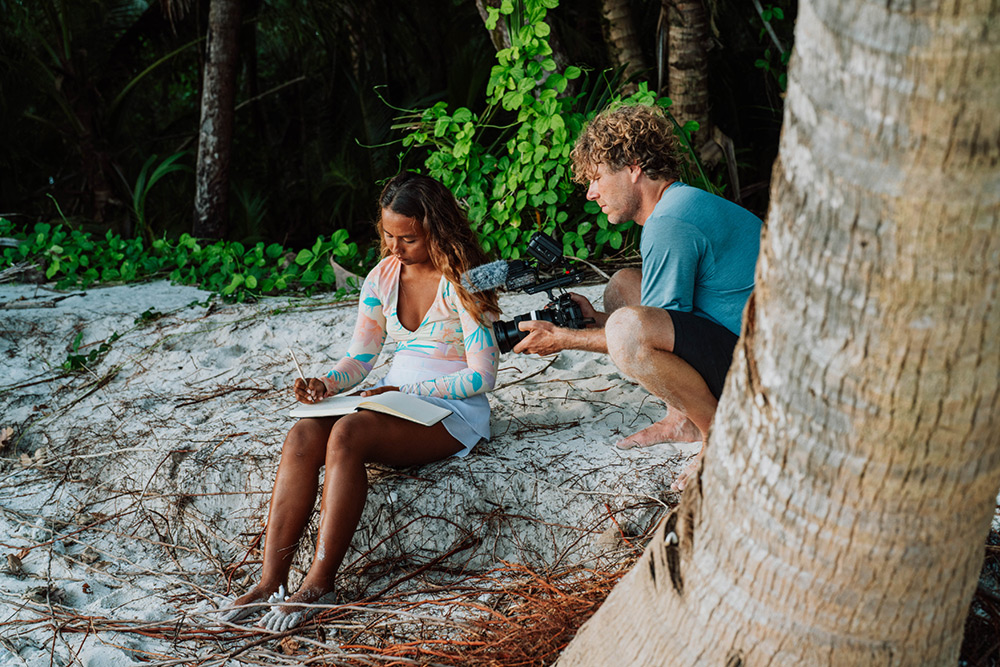 How much does the Sony FX30 cost?

The FX30 is joining Sony’s pro video range as the most affordable model, featuring the first APS-C Super 35mm 4K sensor, but what does it cost? The Sony FX30 price is £1999.00 for the body-only and £2399.00 for the camera with a detachable XLR handle unit.

The preceding full-frame FX3 costs £3,999.00, while the FX6 sits at the top of this trio, costing £5,994.00. This is great news for video creators who want to join Sony's professional ranks and raise their productions in-line with the very best filmmakers, at an affordable rate. 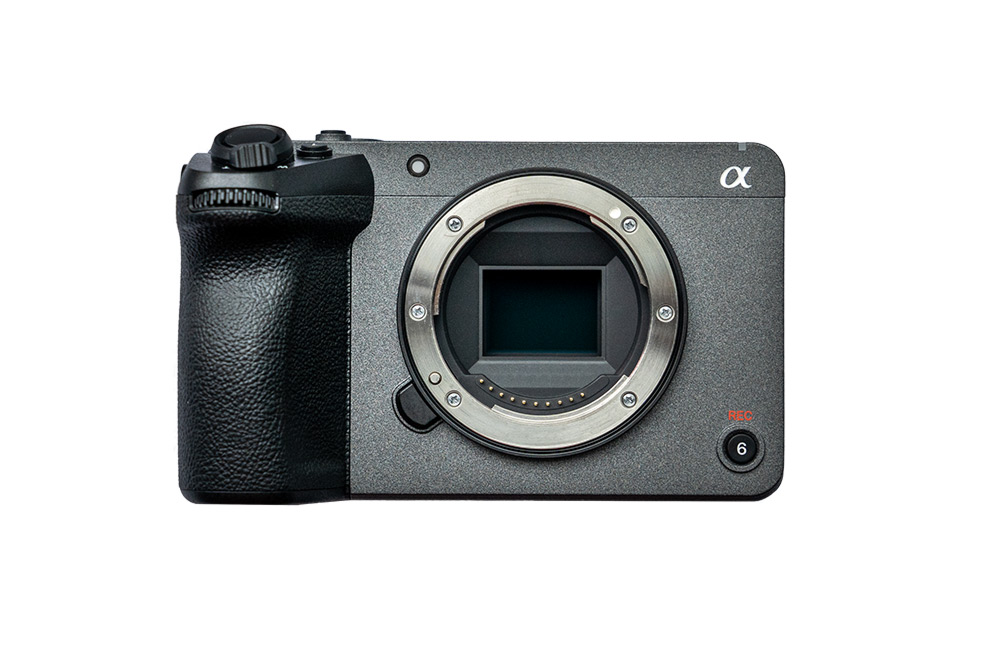 Why use a cinema camera instead of a mirrorless?

The Sony A7S III is capable of capturing similar video quality with internal 4K video at 120p in 10-bit 4:2:2, however it is considerably more expensive at £3,799.00 and includes features which make it more of a hybrid tool than video-only body. The FX30 on the other hand includes dedicated video features such as a Tally lamp, Timecode IN and Dual Base ISO, without offering specific stills features, which Sony’s hybrid mirrorless cameras offer, such as an EVF. Sony’s pro video cinema cameras like the FX30 include a multi threaded body, enabling you to thread accessories directly into the camera.

Our Sony FX3 Vs A7S III Vs FX6 Comparison goes into more detail in comparing these models, whereas this guide concentrates on the latest FX30 addition. It’s worth noting that both FX6 and FX3 are Netflix approved 4K UHD cameras, whereas the A7S III is not, which demonstrates one advantage that a cinema camera offers for broadcast applications. 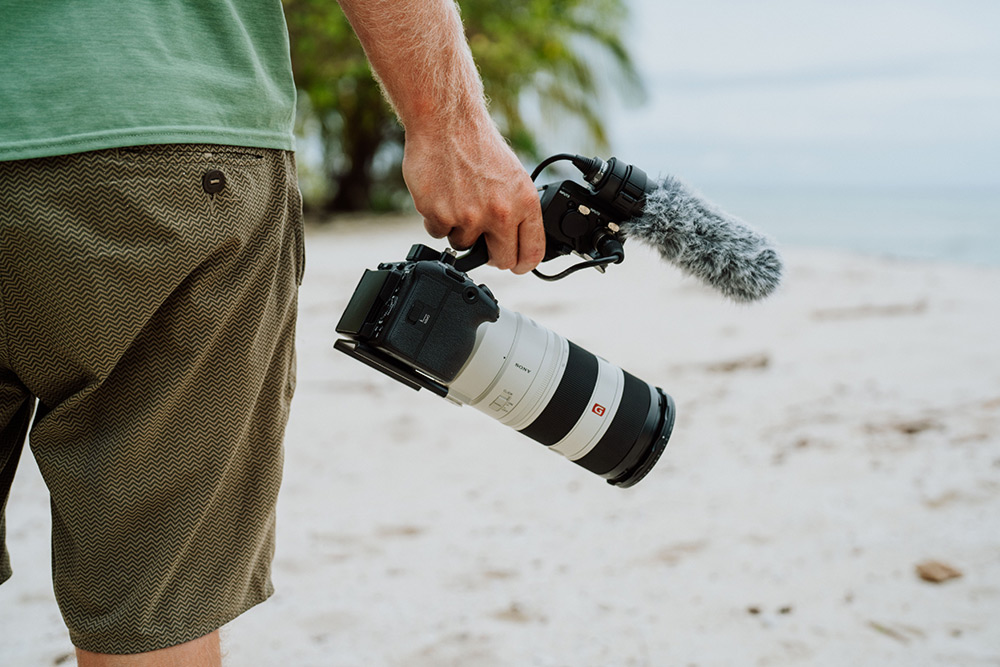 What new features does the FX30 have?

It also includes Dual Base ISO, which neither of the other models offers, together with focus breathing compensation, which is perfect with G Master Sony lenses, and also featured in cameras such as the A7 IV.

The table below shows all of the key FX30 camera specifications, compared to the full-frame models.

The table below highlights key features and specs from the FX30 vs FX3 vs FX6 cinema cameras.

These specs highlight just how capable the FX30 is and how it compares with the other two models. While you do sacrifice the advantages of a full-frame sensor, which offer slightly better low light performance and a shallower depth of field with fast E mount lenses, you do gain significant video capabilities.

We would be remiss not to mention the sheer number of high quality lenses available for the e-mount, which is a significant advantage for anyone joining the system. You can use any own-brand Sony lenses without vignetting, including cinema lenses like the E PZ 18-110mm F/4 G and Sony FE PZ 28-135mm F/4 G OSS. There are also numerous third party models available from brands such as Laowa, Samyang, Sigma, Tamron, Voigtlander and ZEISS, providing endless opportunity to extend your creative reach. 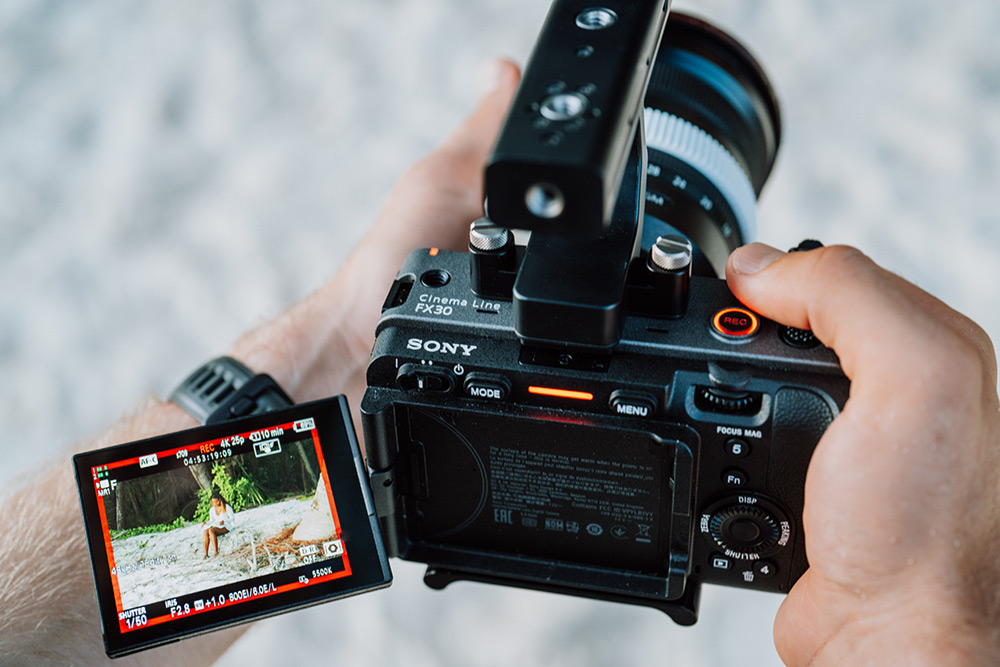 Which accessories are compatible with the Sony FX30?

One of the first accessories to purchase if you don’t have one already is a Sony Type A CFexpress memory card. These are different from traditional Type B cards in that they are smaller and cross compatible with SD cards, so the FX30 can use both a CFexpress Type A cards and an SD card in the same slot (at different times). Although more expensive, Type A CFexpress cards are far quicker than even the fastest SD UHS-II, with transfer speeds of up to 700MB/s write and 800MB/s read speed against around 300MB/s. Choose between:

A spare battery or two is essential and the FX30 uses the impressively small and powerful Sony NP-FZ100 Rechargeable Battery, which has a 2280 mAh capacity. Newell and other brands make high quality aftermarket alternatives so you can stock up and have a few to hand when you need them.

If you need to record 16Bit RAW video rather than Sony S-Log you can add the Atomos Ninja V with full sized HDMI out from the FX30. The camera has internal cooling so you should also be perfectly fine for long format content. You can also use preset LUTs and custom make your own LUTs with the FX30, for accurate previews on a monitor, as well as speedy post production. 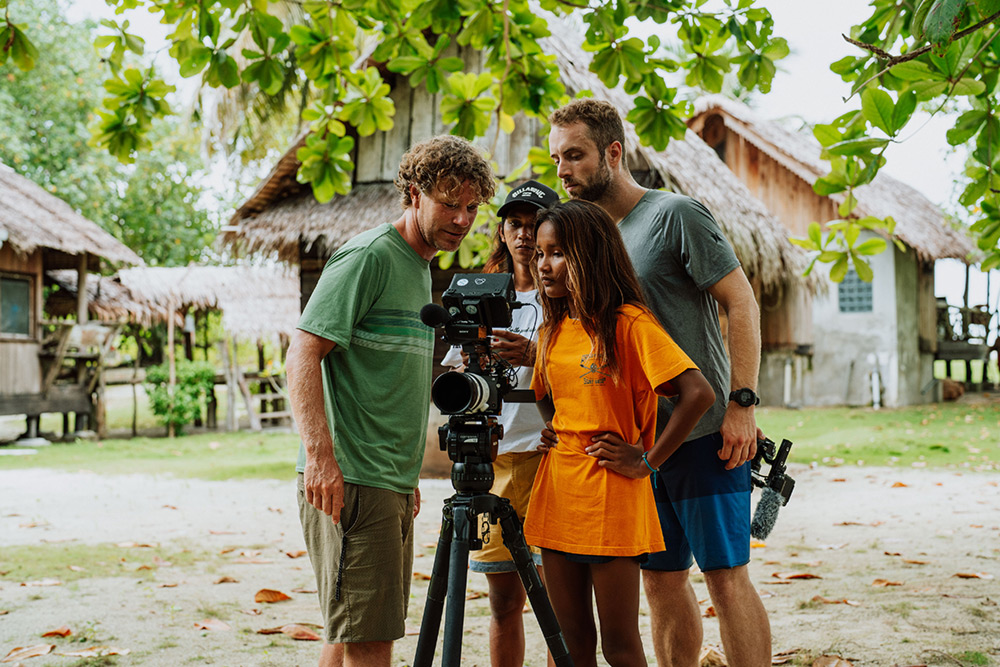 There are plenty of choices for pro microphones, including the Rode NTG2 Shotgun Microphone with XLR out. You’ll need the Sony FX30 Camera with XLR Handle Kit for XLR audio, or you can add the Sony XLR-K3M Adapter Kit And Microphone to the shoe for digital audio. Alternative XLR microphones include:

Filmmakers who want to raise the quality of their productions and move to a dedicated pro video camera, which allows them to shoot solo, run and gun as well as join team productions now have a more affordable option in the Sony FX30.

It delivers comprehensive features, with beautiful oversampled 4K video from a Super 35 mm sensor which harnesses Sony’s well established technologies for video. These include wide dynamic range S-Log (14+ stops), easy to use S-Cinetone, a CFexpress Type A card, active fan cooling and more. This places all of the tools you need into a lightweight body which is able to grow with your skills and create impressive video content for your audience.

Browse through the entire range of Sony pro video cameras or head over directly to reserve your Sony FX30 body only or Sony FX30 Cinema Line Camera with XLR Handle here.