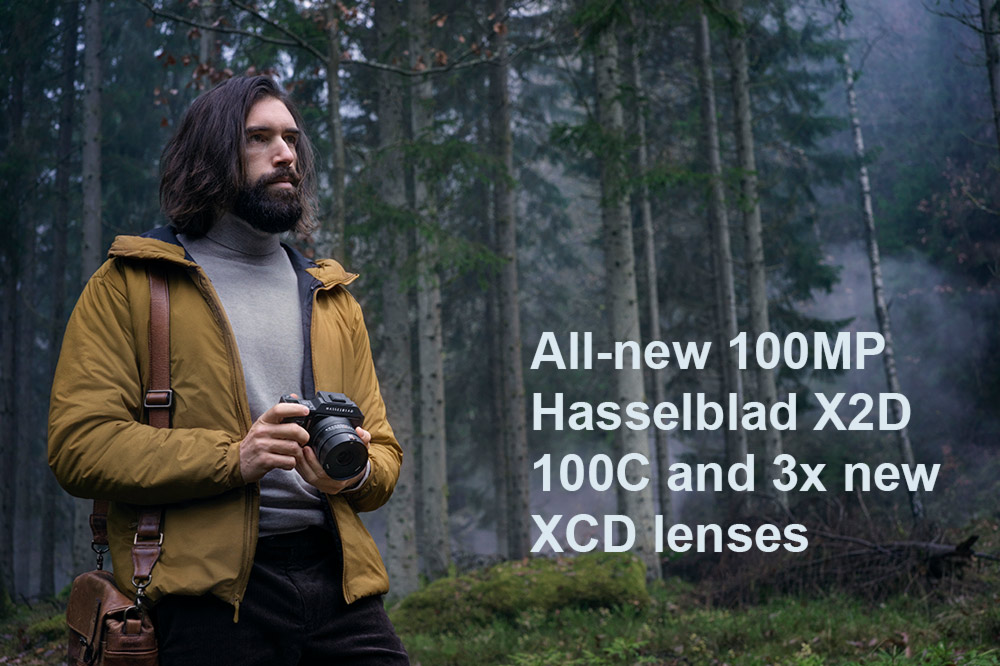 Hasselblad joins the distinguished 100 megapixel club with the release of the groundbreaking X2D 100C, and the body also brings a host of new technologies and world firsts to the platform. Discover everything about the medium format body in our Hasselblad X2D 100C review, which includes a specs comparison against previous Hasselblad cameras in the range.

We also explore the new line of Hasselblad lenses, which are designed to cater for ultra-high resolution images as well as new phase-detect autofocusing capabilities. We’ve got everything you need to know whether you’re an existing Hasselblad camera user, or a professional photographer inspired to learn more about the latest camera and lens release. 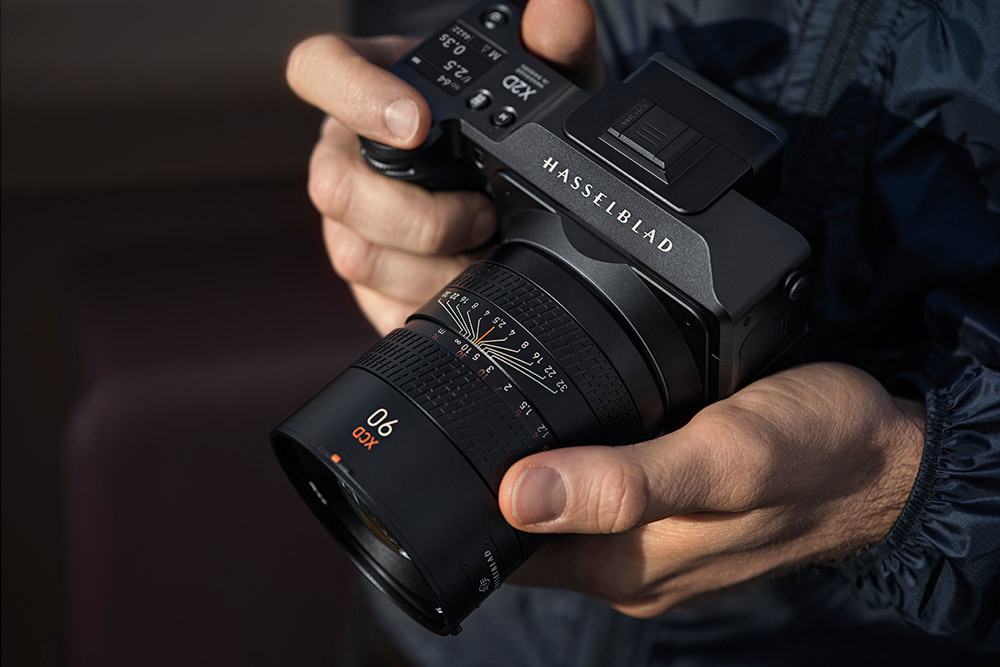 Striving to continuously improve the new resolution king, Hasselblad has introduced a firmware upgrade in December 2022. Key features include:

How much does the Hasselblad X2D 100C camera cost?

Before we get into the new features which this 100 megapixel camera offers, we should address the Hasselblad X2D 100C price of £7369.00. This reflects the capabilities of the flagship body, new features and 100MP sensor, rather than 50MP found in the Hasselblad X1D II 50C camera, which costs £5,399.00.

The three new lenses are priced at:

When did the Hasselblad X2D 100C camera and lenses launch?

The Hasselblad X2D 100C camera and new XCD lenses were released on the 7th September 2022. This is around three years after the June 2019 launch of the previous Hasselblad X1D II 50C, which has been adopted by advanced enthusiasts and professional photographers across the globe.

A very special Hasselblad 907X Anniversary Edition Kit launched in September of 2021 and all of the new lenses are compatible with this edition, as well as the regular 907X body. 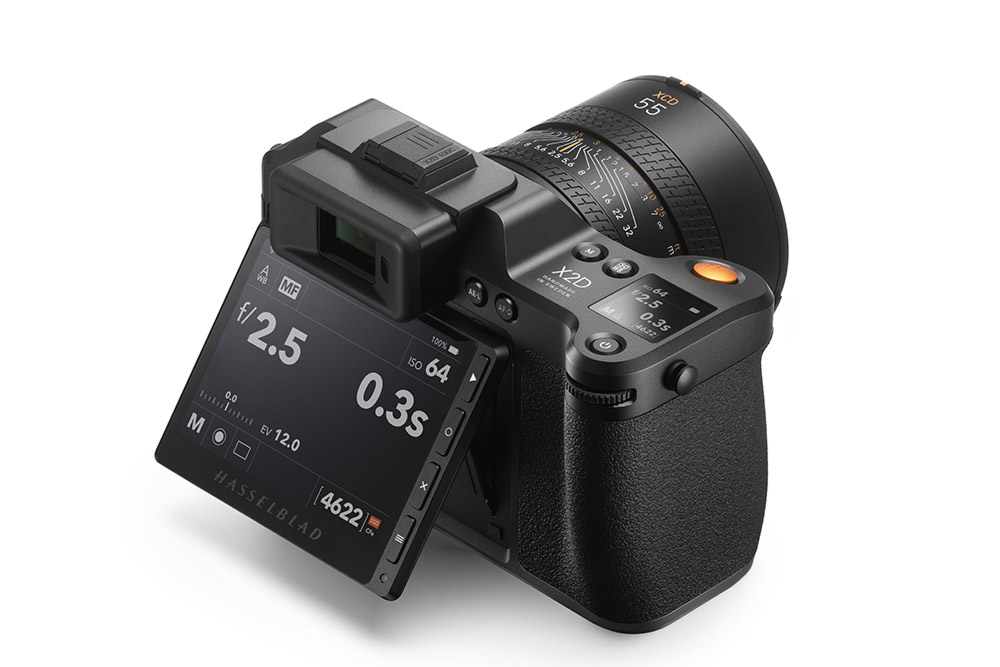 What are the new X2D 100C camera features?

Connectivity has also been updated with dual band WiFi and WiFi 6 for speedy transfers, together with USB-C 3.1 Gen 2 and PD 3.0 fast charging. 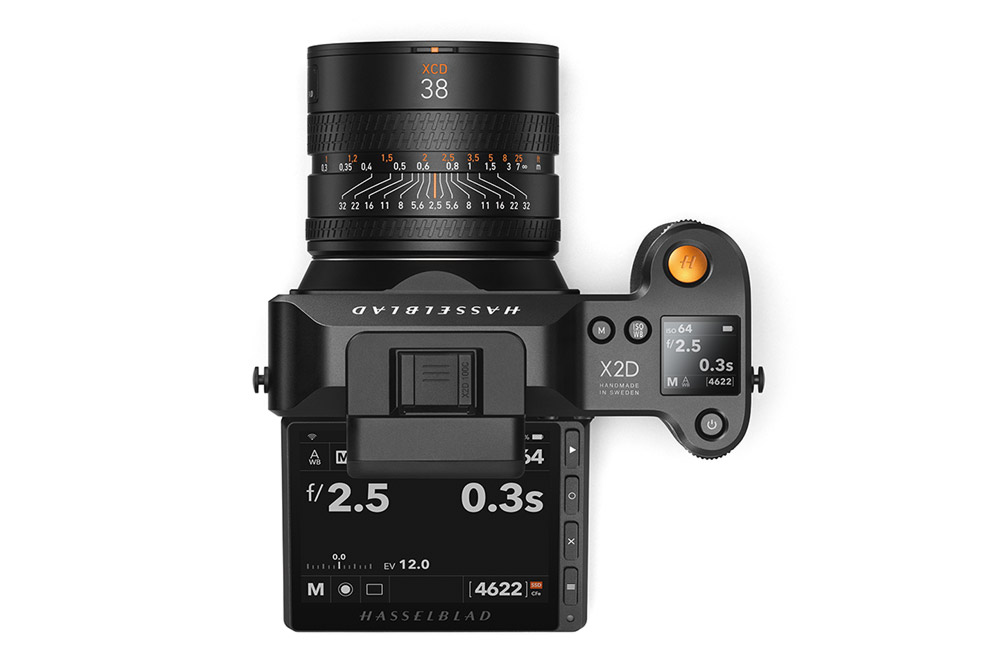 Which features do the new XCD lenses bring?

Lenses must include special glass elements in order to resolve 100 megapixels and in response Hasselblad has updated three popular focal width XCD lenses with higher resolving power. The new optics also feature an upgraded leaf shutter and new quieter AF motor which is also faster in order to keep pace with phase-detection AF. A programmable control ring, push–pull AF/MF mechanism and stepped/stepless aperture ring with distance and DOF scales add to the list of useful features.

These upgrades ensure that X2D 100C owners and previous generation X1D photographers can expect impeccable image quality along with enhanced functionality, which includes flash sync speed up to 1/2000sec. 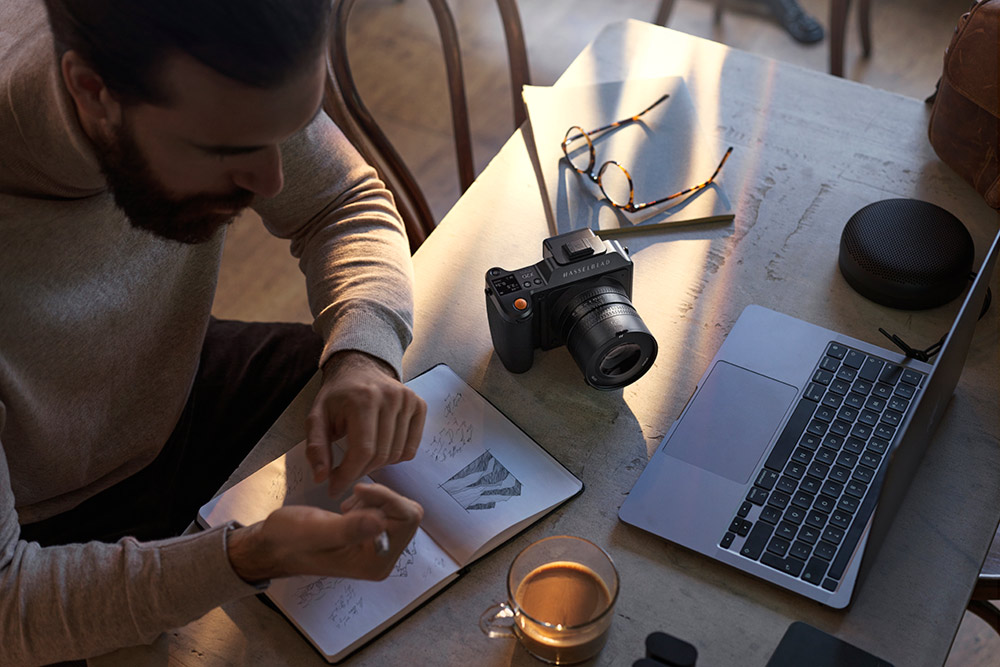 How user friendly is the Hasselblad X2D 100C?

As well as developing a number of new technologies for the flagship X2D 100C, Hasselblad also enhanced useability, resulting in a camera which is even more user-friendly and easier to operate. Enhancements include the addition of a new informational LCD screen, which sits on top of the camera shoulder to provide instant access to view camera settings.

The OLED Electronic Viewfinder (EVF) has also been upgraded with 1600 x 1200 resolution and 5.76 Million dots with 24-bit colour. The rear LCD is the same as the previous model but with added tilting functionality making it easier to frame difficult shooting angles. The menu has also been updated with a more streamlined set of quick links and icons. 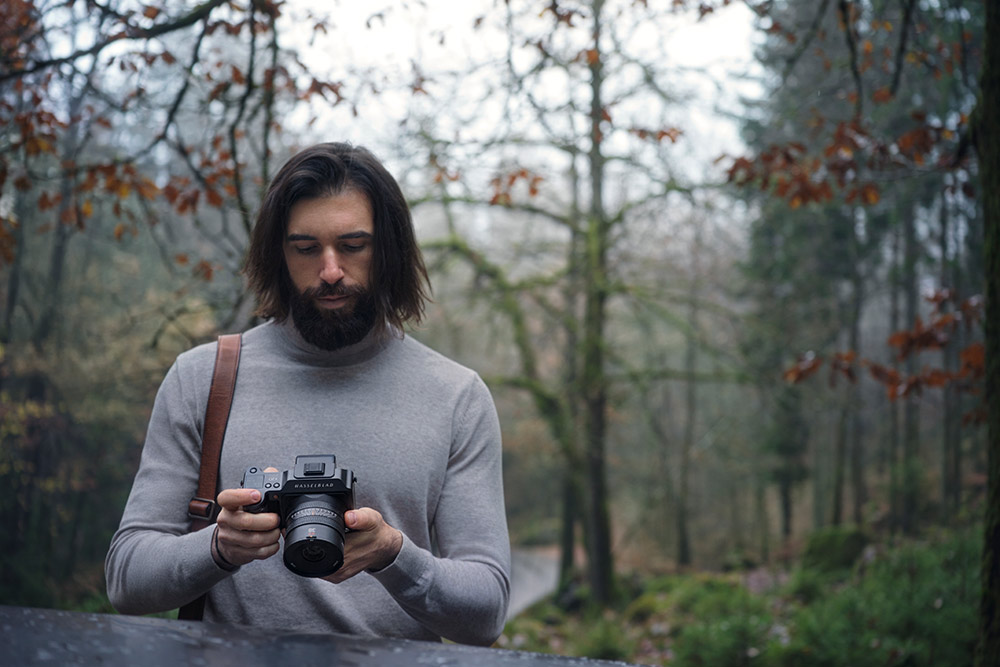 One of the key benefits for many photographers is Hasselblad Natural Colour Solution, which delivers beautiful, natural colours without the need to dive into menus or change settings. This is harnessed by Phocus, which is Hasselblad’s free RAW file image processing software.

Hasselblad’s Phocus software has also been updated across the board, with improvements to tools, processing and overall speed. 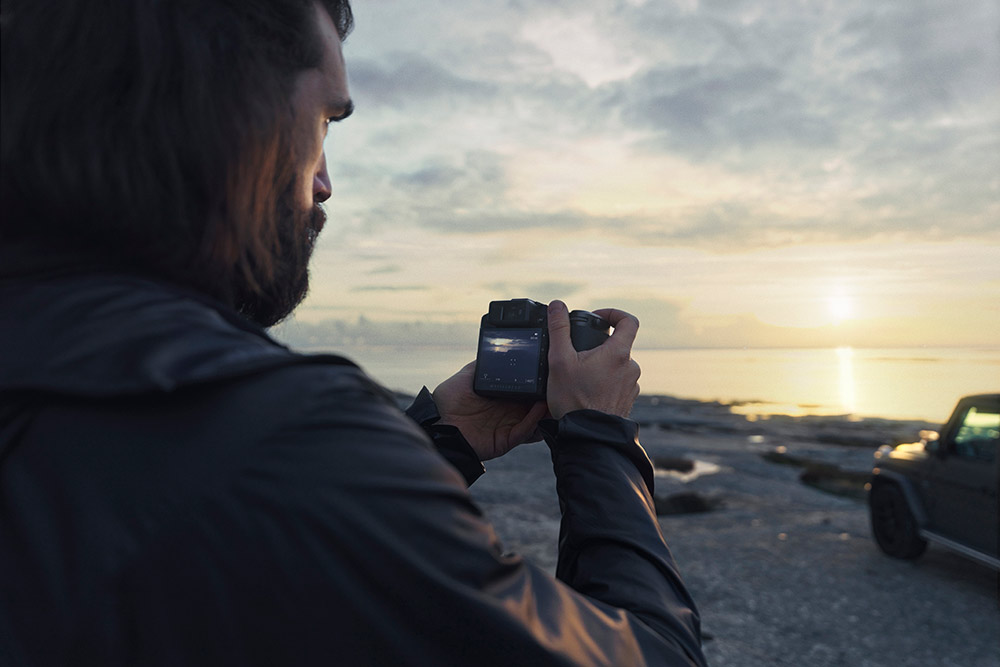 Who is the Hasselblad X2D 100C camera for?

If you’re considering the X2D 100C camera and new Hasselblad lenses the chances are you’re either a professional photographer or a serious enthusiast who craves the best image quality possible. Users typically include wedding and portrait photographers, fine art, landscape and architectural photographers as well as fashion and lifestyle shooters.

At 790g the X2D is 140g heavier than the previous model, but still lighter than other 100 megapixel options, of which there are very few. This relatively light weight and newly added stabilisation allow you to head out and shoot handheld medium format quality, which was unheard of just a few years ago.

With so many upgrades and enhancements this latest flagship medium format camera will be extremely tempting to high-end photographers. Browse for your Hasselblad X2D 100C camera and new XCD lenses to discover how this new generation body can transform your workflow.