Read this 3 minute review to help you decide whether to buy the amazing new hybrid video camera, with a deep dive where we compare the Canon EOS R5 C Vs R5 and C70 Specs. Watch our hands-on video review and interview with one of Canon’s numero uno boffins, who talks us through specific features and how you can harness the capabilities of this ground breaking compact hybrid for your content creation. 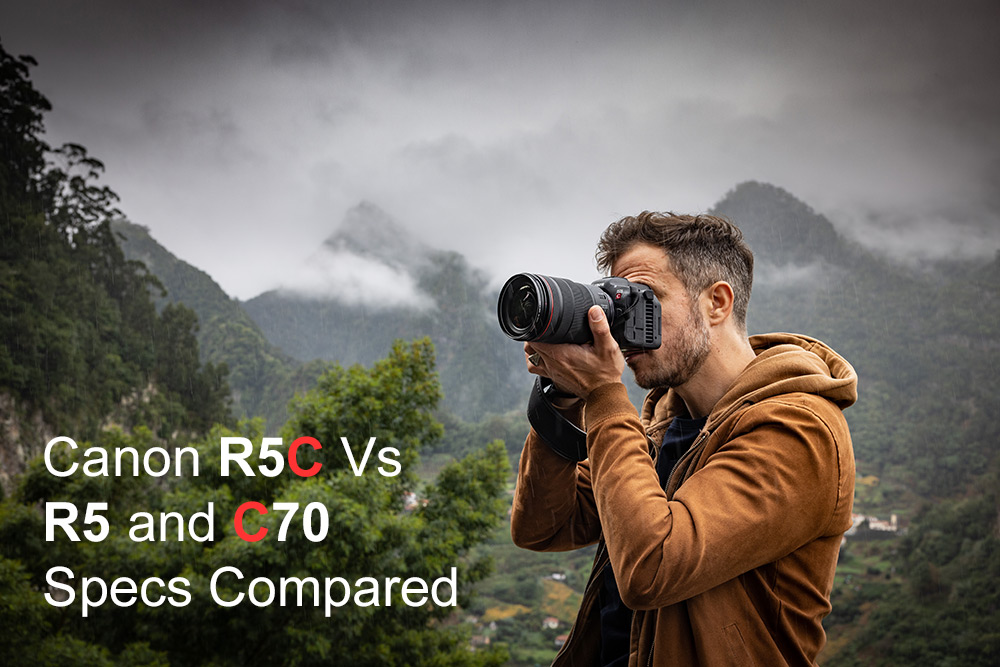 Where Does The New Canon EOS R5 C Camera Fit In?

Before we get into the nitty gritty of full specifications, (which are down below), it’s worth taking a moment for a quick overview of the new R5 C. We already have a number of highly capable stills and video cameras in Canon’s mirrorless camera range – like the R5 and latest R3, as well as of course their video-specific Cinema EOS Cameras line-up with the C70 and many other models. So where does the EOS R5 C fit in?

Essentially it combines the best of both the video and stills worlds into one hybrid, with professional video coming first, without ignoring professional photography. To answer how it fits into the range comprehensively, we compare the R5 C to it’s closest stablemates. The R5 is also an 8K-capable hybrid camera, which broke all the rules when it was released. The C70 is a highly capable video-only Cinema camera (although you can take stills with it if you are particularly determined)! It’s these three models which we scrutinise to help you differentiate between them and pick the perfect tool for your content creation. 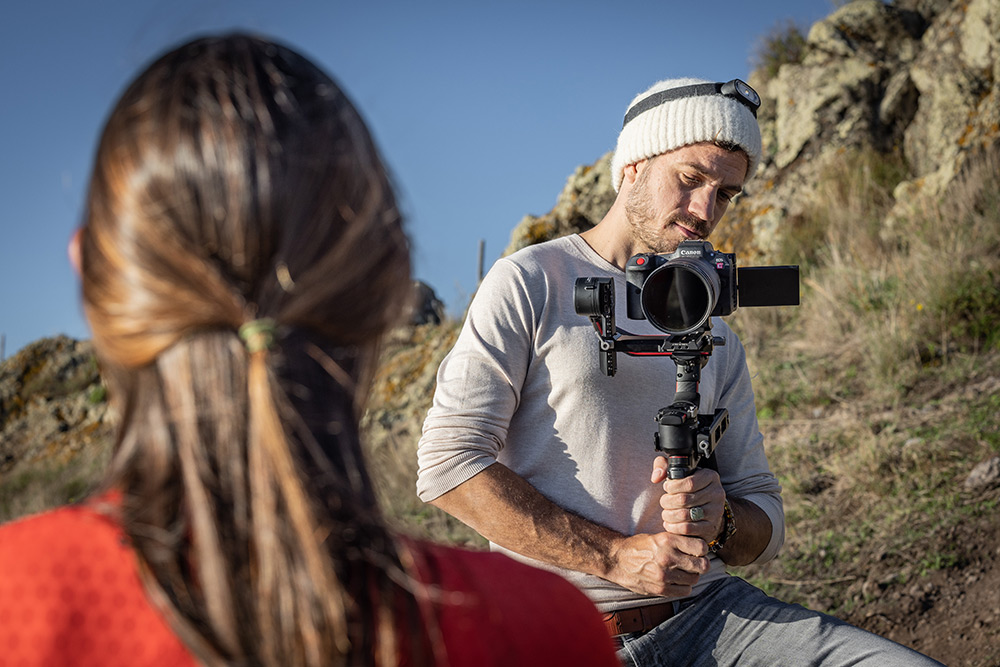 We’ve taken headline features from these three Canon cameras so that you can accurately gauge which is the right camera for you. One thing’s for sure, all three are highly capable at what they do, it really depends on your primary shooting style as to which you decide to buy.

From this comparison table we can see that out-of-camera video capabilities are extremely high with all three capable of recording 4K/120P 4:2:2 10-bit. Dynamic range and noise control from the C70 are going to be slightly higher with Dual Gain Output, although it’s worth noting the lack of 8K if that is high on your list of requirements. 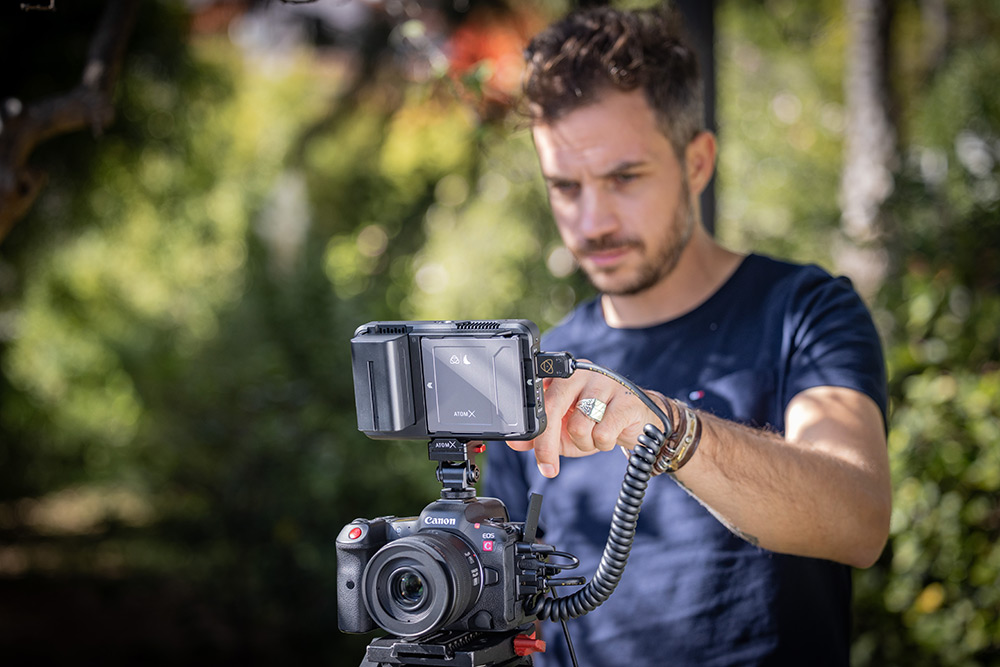 Where the EOS R5 C differentiates itself from the R5 is with additional professional video features including a new cooling system for no-limit recording times and additional video monitoring features. For multi camera productions we have a Timecode terminal and Canon has included the Multi-accessory shoe to add XLR audio or other accessories. You can even shoot in high frame rate 8K 60p with an external power supply in the form of the new DR-E6C DC coupler with AC Adapter CA-946.

There is one omission which may come as a surprise, with IBIS gone (in-body stabilisation) from the R5 C. This makes sense if you consider it will be working professionally to film from cars, on drones and oftentimes shooting in moving situations. It’s also typically going to be paired with a tripod, or gimbal / stabiliser of some kind, when moving around. You can still harness 5-axis Electronic IS, which works alongside or independently to the optical IS and lens combination when required. 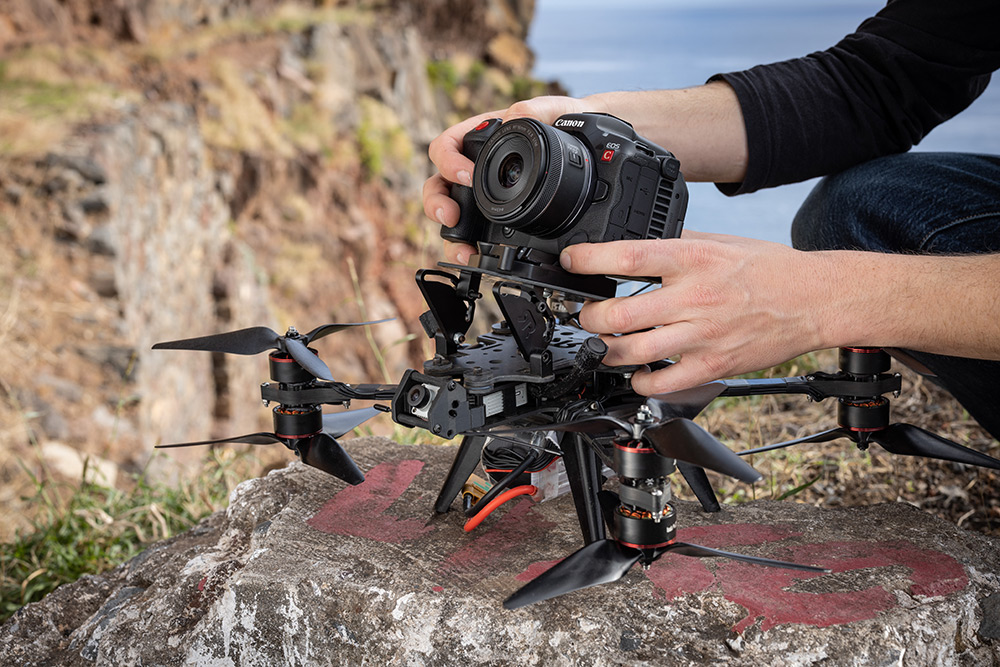 Moviemaking possibilities are endless with the R5C, not least as you can capture long-form content with no time limits for key formats. With that in mind, here are headline Cinema RAW Light options for future-proof content production:

Slow Fast Motion can be captured in 8K recording up to 30fps (60 fps with external power) 4K / FHD recording: up to 120 fps. Simply staggering that this is available in-camera today. 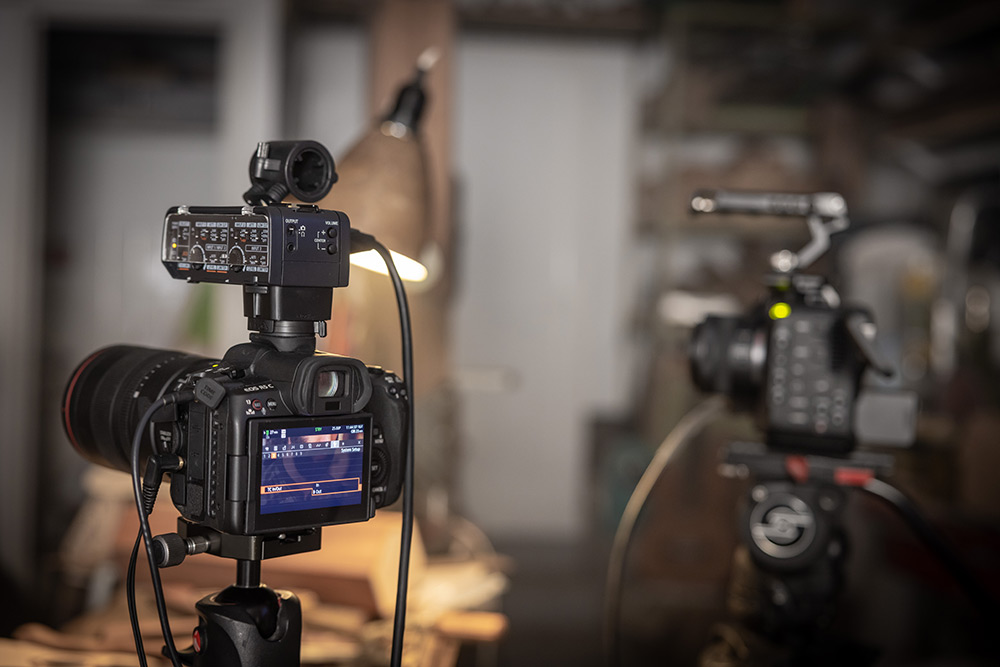 All three of these bodies incorporate the newest RF lens mount, giving you access to the most advanced optical designs from Canon. You can also add EF Cinema lenses with an EF-EOS R mount adapter, or shoot with Anamorphic Lenses for 2x, 1.8x and 1.3x de-squeeze options with the R5 C. 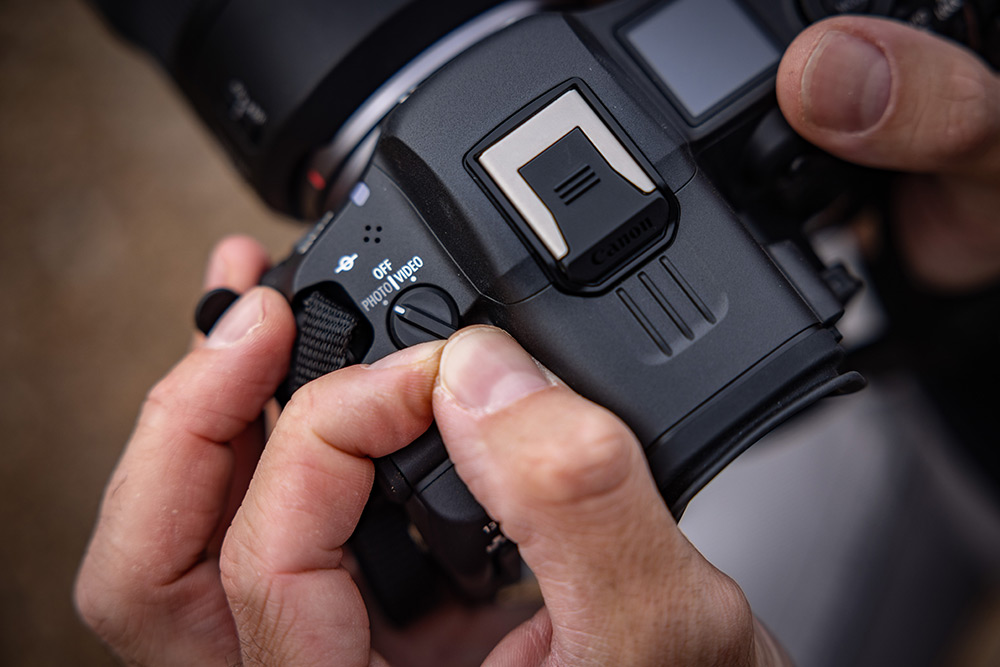 The chunkiest of the three cameras is clearly the EOS C70, which is approaching double the weight of the R5 and notably larger than the R5 C. There’s less to differentiate the other two more compact hybrids, with the R5 C being an unnoticeable 30g heavier and just a hair larger in all directions than the R5. This is probably down to the removal of the IBIS unit, but Canon has done a great job redesigning the cooling system and internal airflow without adding too much weight. Either of the hybrids can comfortably be used for extended periods without breaking a sweat at under 700g each.

What we do see on the s R5 C is a red record button, dedicated stills/video switch and red Cinema logo like the C70, whereas the R5 looks more like a stills camera overall. 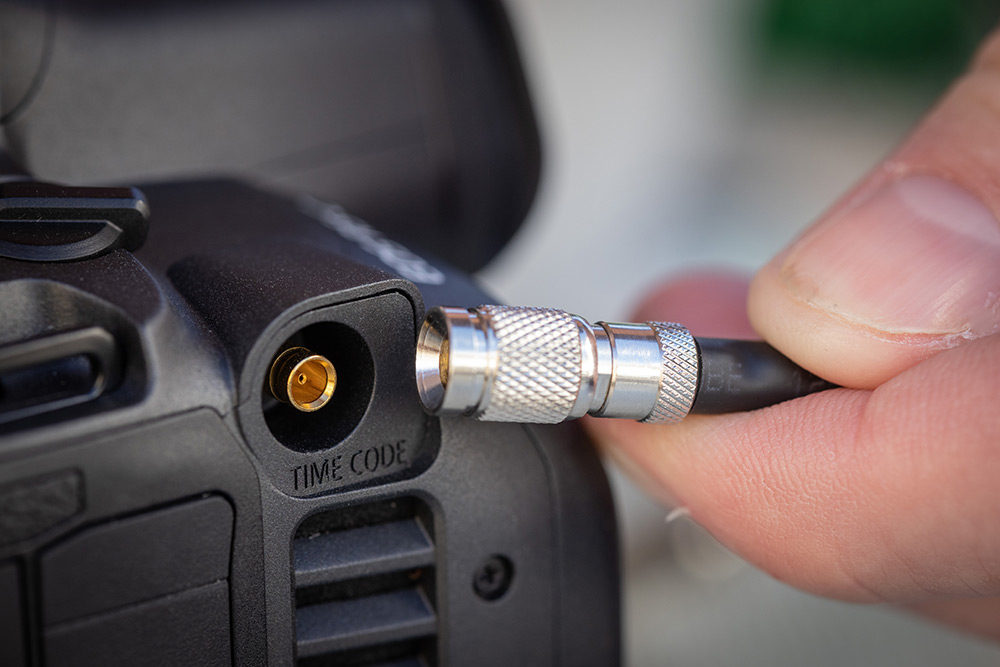 Who are the EOS R5 C and other cameras for?

From this mix of features and body designs we can imagine these cameras being used in this way: 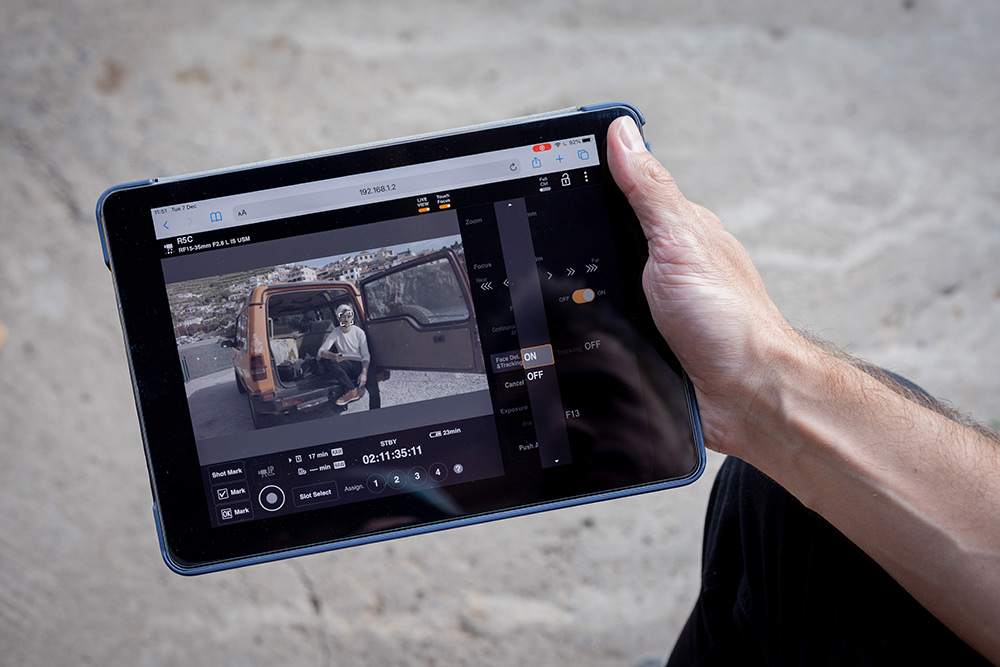 There is definitely a need for manufacturers to design hybrid cameras in support of the growing number of advanced enthusiasts and professionals who create both stills and video content. Canon has addressed creators who favour either stills or video with a new choice available between the R5 and R5 C. Whilst many features do overlap – the R5 C may be overkill for hybrid shooters who don’t need the extra video features and don’t record long-form content. Conversely the R5 C is a serious tool for videographers who shoot solo or in multi-camera productions, offering exemplary quality without constraints. These users benefit from professional stills capabilities when required but need video-centric options first and foremost. 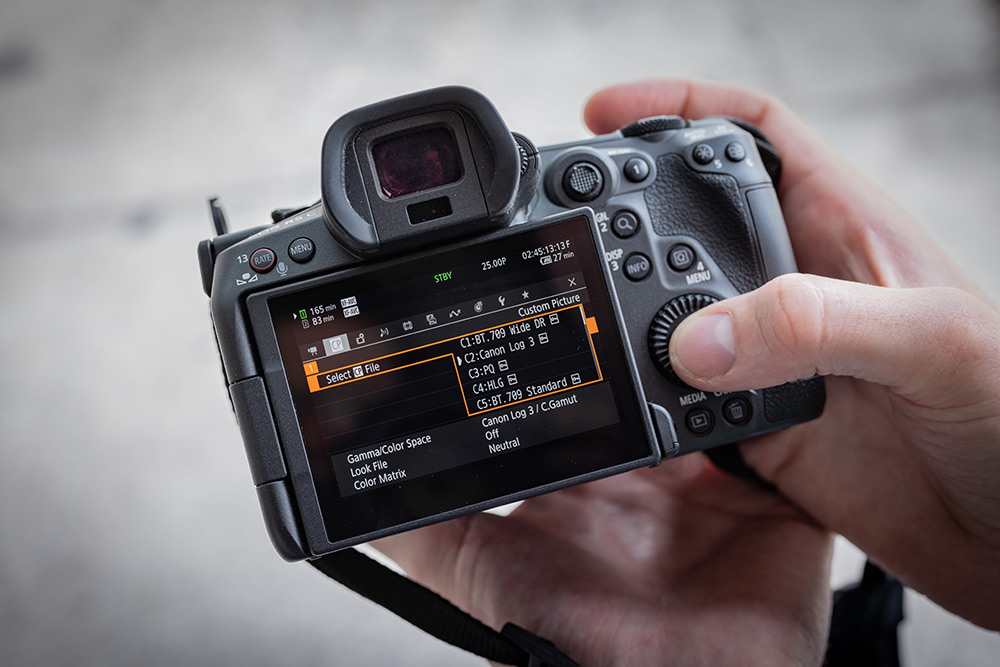 If you’ve found this review useful why not check out our camera and lens reviews section here, as it’s packed with deep-dives, specs comparisons and information about all of the latest releases from world-class manufacturers. If you’re invested in the RF system take a look at our lens reviews to complement your camera. These include a review of the Canon RF 100-400mm And RF 16mm lenses, the ground-breaking RF 100mm F2.8L Macro Lens Review and RF 70-200 F4 Vs F2.8 And 50mm Lenses.