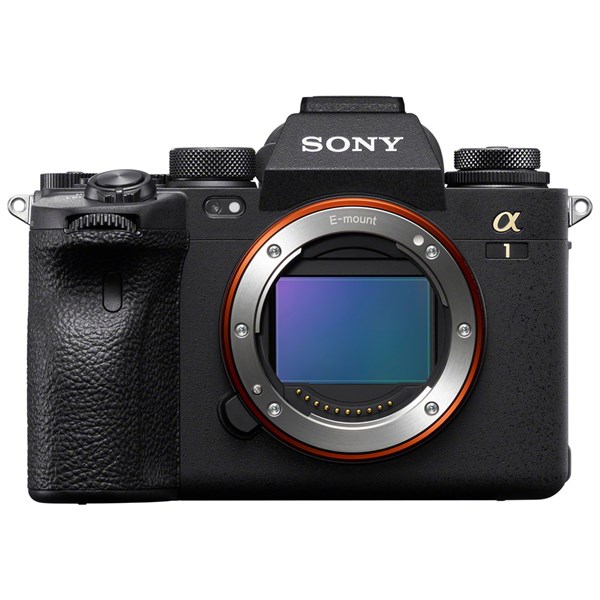 Sony has announced ‘The One’ their new pro Alpha 1 Mirrorless camera body which combines Blackout-free continuous shooting up to 30 frames per second with 50.1 MP image quality and 8K video.

We are receiving stock regularly and will be allocating these on a first come - first serve basis. No payment will be taken until the item is dispatched to you.

‘All for that one image’ and ‘all for that one cut’ are Sony’s fitting taglines for the new professional flagship a1 Mirrorless Camera Body. The Alpha 1 is capable of blackout-free continuous shooting at up to 30 frames per second. A completely silent shutter mechanism allows photographers to shoot at high speeds where they were previously not allowed due to even minimal shutter sounds. This high speed flicker-free shooting comes despite the huge 50.1 megapixel resolution which the Sony A1 body boasts. A new full-frame stacked Exmor RS™ CMOS image sensor works in combination with an upgraded BIONZ XR processor, delivering eight times more processing power.

Sony A1 Features at a glance

Sony has listened to customers and created a camera which delivers the ultimate combination of speed, resolution and leading image and video quality in the most advanced camera they have ever created.

Sony A1 Camera in More Detail

The Alpha 1 will allow creators to capture what they’ve never been able to before and arrives as the ultimate Sony hybrid camera.

The newly developed stacked Exmor RS CMOS image sensor is built with integral memory and paired with an upgraded BIONZ XR imaging processing engine. This makes the A1 capable of shooting 50.1 megapixel images continuously at a fiery 30fps, with the chip crunching up to 120 AF/AE calculations per second. The Alpha 1’s shooting capabilities are further enhanced by a 9.44 million dot OLED Quad-XGA electronic viewfinder, which boasts a refresh rate of up to 240 fps ensuring there is no black out even when burst shooting.

For the first time in an Alpha series camera, 8K 30p 10-bit 4:2:0 video is available, which has been requested by customers who are videographers. The a1 is also capable of 4K 120p / 60p 10-bit 4:2:2 recording and includes S-Cinetone colour, for the most versatile post processing. Movies can be recorded to both memory cards simultaneously for instant back-up.

Field professionals including journalists and sports photographers are supported with faster workflows, including 3.5x faster wireless FTP transfer speed and more. This makes for a high end camera which can transfer large files from the field at the highest speeds available.

The Alpha 1 captures is capable of capturing moments that might otherwise be lost thanks to outstanding high-speed performance. This gives any photographer the speed they need to capture fast-moving objects despite the high resolution. High speed readout from the sensor and a large buffer make it possible to shoot up to 155 full-frame compressed RAW images or 165 full-frame JPEG images at up to 30 frames per second in a single burst, with the electronic shutter while maintaining full AF and AE tracking performance.

Sony has developed a remarkable calculation speed of up to 120 AF/AE per second, with the Alpha 1 maintaining focus with high accuracy even for the fastest moving subjects. It can also automatically adjust exposure, regardless of sudden changes in brightness, with an AE response latency as low as 0.033 seconds. This enables sports, wildlife and action photographers to track in AF/AE whilst the camera continuously makes exposure calculations.

The Alpha 1 viewfinder compliments the camera’s blistering flicker-free shooting capabilities with the world’s first 240fps refresh rate, creating a silky-smooth display. The viewfinder will not black out when an exposure is made providing uninterrupted views and allowing for seamless framing and tracking, even during continuous shooting bursts.

The 9.44 million-dot 0.64 type Quad-XGA high-definition OLED display features refined optics delivering one of the highest resolutions in its class. This will satisfy any photographers who need a crisp display which keeps pace with the action as well as providing highly detailed views.

The camera features 759 phase detection points in a high-density focal plane covering approximately 92% of the image area. This ensures users capture the widest area possible even when moving subjects are near the frame edges.

The BIONZ XR brings yet more benefits as Sony’s already acclaimed Real-time Eye AF improves detection performance by 30% over the previous system. This ensures accurate, reliable detection, even when the subject’s face looks away. This is the case for both humans and animal AF. The Alpha 1 also employs high-level subject recognition which for the first time now includes birds. The system tracks birds even when making sudden movements or taking off. AF has also been enhanced enabling photographers to employ autofocus at apertures of up to f/22 for the first time.

High-speed readout from the new sensor facilitates reduced rolling shutter by up to 1.5x when shooting stills, compared to the A 9 II. The electronic shutter operates completely silently, without any mechanical noise for the first time ever, as well as being completely vibration-free. Electronic shutter flash sync is now also possible at 1/200 sec for the first time.

This features allows for stress-free shooting even in challenging lighting situations for example with florescent flickering artificial light sources.

For photographers producing still life, interiors and architectural scenes Pixel Shift Multi Shooting mode has been enhanced to capture 16 pixel-shifted images with a total of 796.2 million pixels of data. This file can then be composited into a 199 million pixel (17,280 x 11,520 pixels) image using Sony’s Imaging Edge™ desktop application. We are guessing this will deliver enough resolution for the world’s largest billboards satisfying even the most pixel-hungry users. 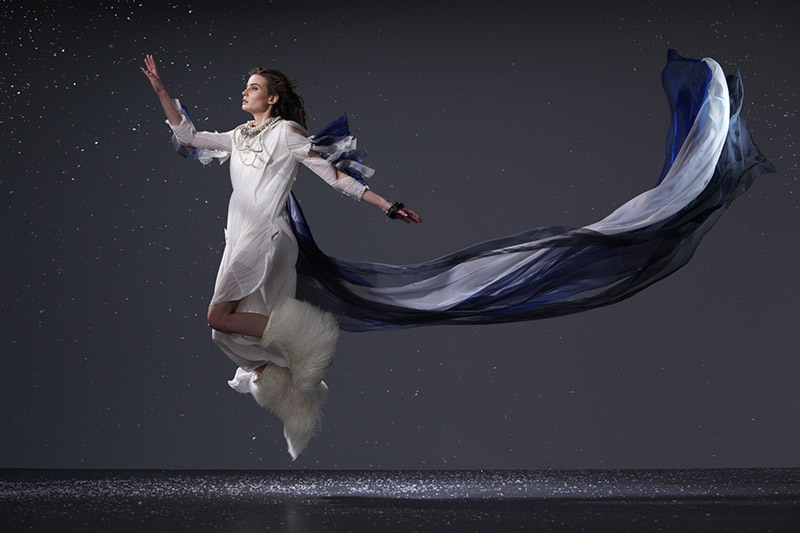 For the first time in any Alpha camera, the a1 records 8K 30p 10-bit 4:2:0 XAVC HS recording with 8.6K oversampling for the highest resolution ever in a Sony compact mirrorless body. Video capture works seamlessly with acclaimed AF technology, smooth gradation and colour reproduction. 8K footage can be used for flexible 4K editing during post-production, allowing content creators to crop in and pan throughout the frame.

5X slow-motion video can also be captured with 4K recording at up to 120p in 10-bit 4:2:2 (10% crop),  which can be used with either Long GOP inter-frame compression or high-quality Intra.

A unique heat dissipating structure keeps the sensor and processing engine temperatures within normal operating range, preventing overheating. This makes it possible to record 8K/30p video continuously for approximately 30 minutes which is ample for most applications. 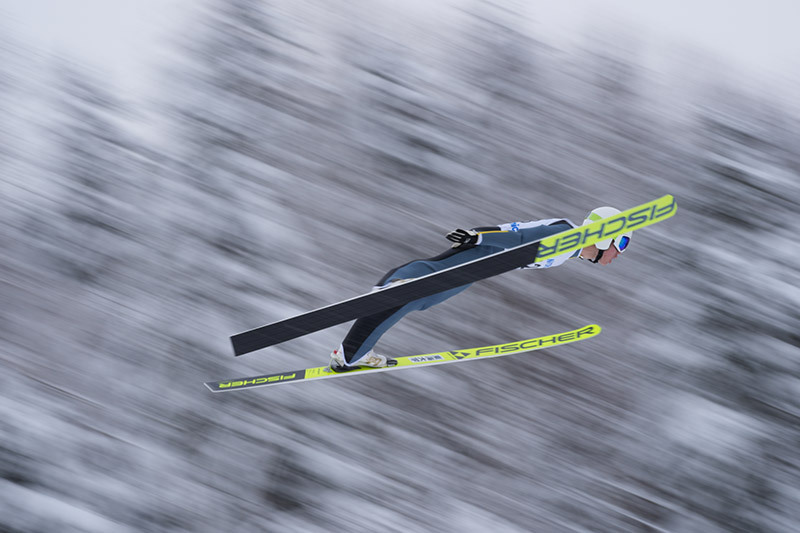 The allows microphones such as the ECM-B1M Shotgun Microphone to record clean audio without the need for batteries or cables, directly through the camera connection. 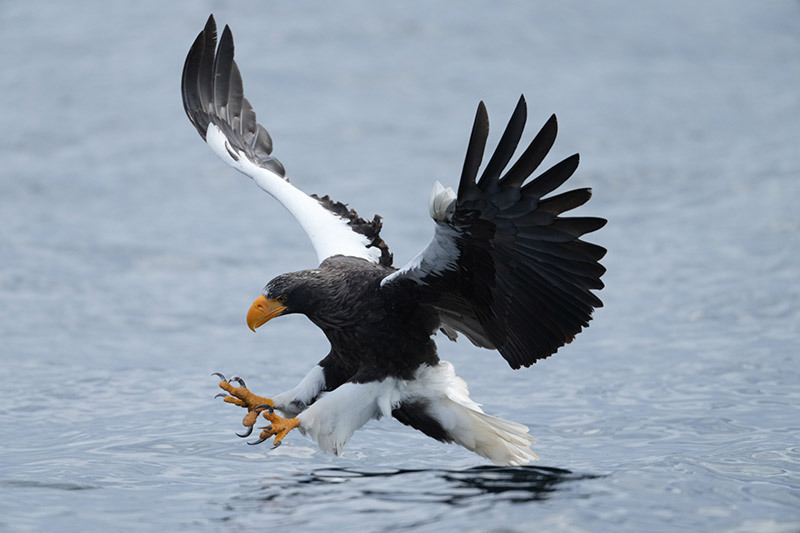 Sony has included lossless compressed RAW with the A1. There is also a new lighter JPEG/HEIF image quality setting which produces smaller files. Along with a versatile range of RAW and JPEG formats the Alpha 1 includes HEIF (High Efficiency Image File) format with all of the advantages that format includes.

Two media slots that both support UHS-I and UHS-II SDXC/SDHC cards, as well as new CFexpress Type A with considerably faster read/write speeds. These are currently available in CFexpress Type A 80GB up to Sony’s 160GB Type A CFexpress. Video can be written to both cards simultaneously.

The body itself is made from a durable magnesium alloy chassis with a long battery life derived from the high capacity Z-battery. Sony has also developed an improved dust removal feature, shutter close function on power-off to protect image sensor. The body also benefits from improved sealing for dust and moisture resistance that enhances reliability in any challenging outdoor environments. A new high-reliability mechanical shutter provides users with a vast 500,000 shutter cycle which will be ample for working professionals in any field.

It includes an HDMI Type-A connector as well as super-speed USB-C 3.2 type-connector supporting power delivery, for higher power supplied from an external source so that users can record for extended periods with minimal internal battery usage.

Read even more info including Sony A1 specs, what’s new and how it compares in our recent blog post here.

The mirrorless race knows no bounds as technology leaps forward as demonstrated by the sheer volume of new features Sony has added to the new A1 camera. Squarely aimed at working professionals as well as advanced enthusiasts, the Alpha 1 is the most capable hybrid camera Sony has ever produced by quite some margin.

The camera boasts the fastest blackout-free continuous burst shooting with up to 30fps through a bright and large 0.64-type 9.44 million-dot OLED Quad-XGA electronic viewfinder. This comes despite the new full-frame stacked Exmor RS CMOS image sensor recording 50.1 megapixels of data, which is no small feat. Speed is handled by the BIONZ XR imaging processing engine which is also responsible for the upgraded AF technology. The camera features 759 phase detection points which cover approximately 92% of the image area for unparalleled full frame focussing. It is able to lock on and track Faces and Eyes even when the subject looks away and Sony has also added Bird detection which will come as a great bonus to the many bird photographers using the Alpha system.

Videographers will also relish upgraded video capabilities, which is headlined by the first Sony camera to capture 8K / 30p footage in 10-bit 4:2:0. Sony promises the body will not overheat when recording 8K which comes as a real bonus to movie makers. 4K 120p / 60p 10-bit 4:2:2 slow-motion is also possible, allowing cinematic captures and high speed subjects to be recorded in-camera.

All in all the A1 excels across every measure and provides professional users with in-field high speed connectivity as well as several world first capabilities. Prospective users of this camera will tussle to be the first in line to capitalise on the most advanced hybrid camera Sony has ever produced.