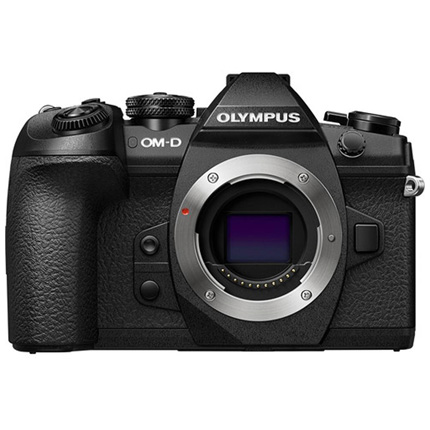 Get Complete Creative Control
Save 40% when buying Capture One Pro 20 camera bundle software Only £179 with this camera.
Add both items into your basket to get the discount.

Compatible with a wide range of Micro Four-Thirds lenses.

Head over to the Park Cameras Blog to read our hands-on, real-world test and review of the Olympus OM-D E-M1 Mark II

Thanks to enhanced pixel optics and double quad-core processing, the dynamic range has been significantly improved. The 50-Megapixel High Res Shot goes far beyond the potential of full-frame cameras, with blur as good as eliminated by a combination of the TruePic VIII and a new, enhanced version of Olympus' celebrated on-sensor 5-axis image Stabilization.

The Olympus OM-D E-M1 Mark II follows on from a camera launched in 2013, meaning in the fast-moving world of photographic advancement, there was a lot of scope for improving upon their flagship mirrorless.

One thing that Mirrorless cameras have tended to beat their chunkier siblings, the DSLR on in the specs war is on-board image stabilisation. The OM-D E-M1 Mark II makes good use of the technology Olympus have become reknowned for, and this will make a fine partner for the excellent Olympus M.ZUIKO Digital ED 300MM F/4.0 IS Pro lens which has clearly been made knowing the OM-D E-M1 Mark II was on the way. Handheld telephoto photography just got a whole lot easier!