Whichever style of photography or videography you enjoy shooting, at some time you’ll want to take advantage of a tripod system. As with cars which transport us from A to B, tripods fundamentally help keep your camera stable, yet they also come in all shapes and sizes. Whether you’re a professional content creator or photography enthusiast, our Gitzo Systematic Series 3 Tripod Review gets under the carbon skin of the larger-than-life XL tripod, with everything you need to know. 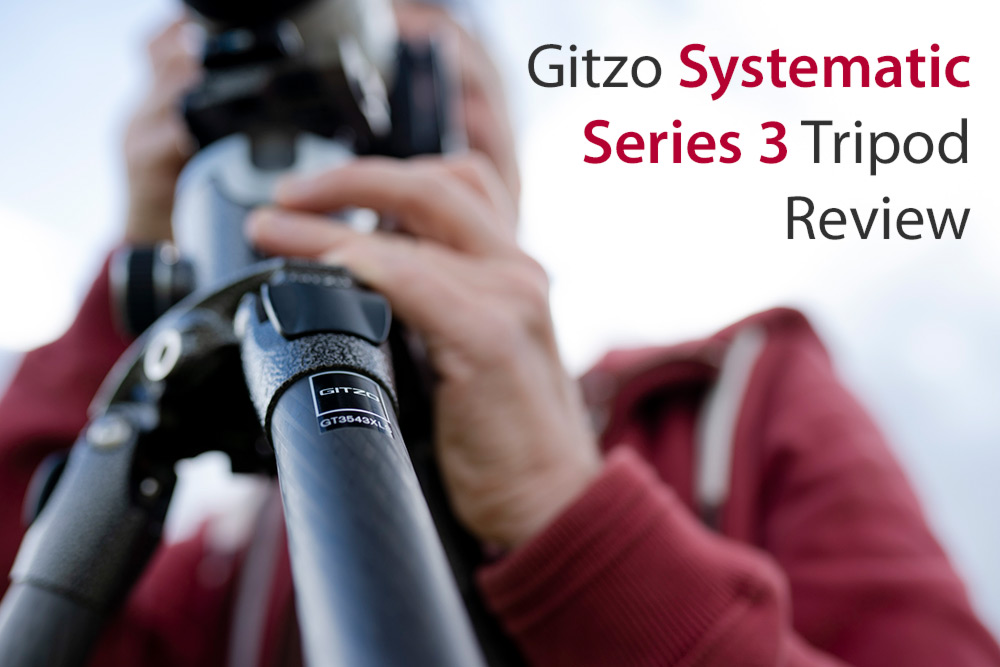 Choosing the right tripod can be daunting and if you’re anything like me you’ll make the mistake of buying several budget tripods before realising you need a more solid support for your expensive camera equipment. I was thrilled when given the opportunity to test drive a Gitzo tripod, which is equivalent to a Rolls-Royce or Bentley, so I asked to review the extra long Gitzo GT3543XLS Systematic Series 3, 4-Section XL.

A tripod head is an essential component for any legs and the Gitzo Series 4 ball head was the ultimate choice for a landscape photographer, who also shoots with longer lenses. 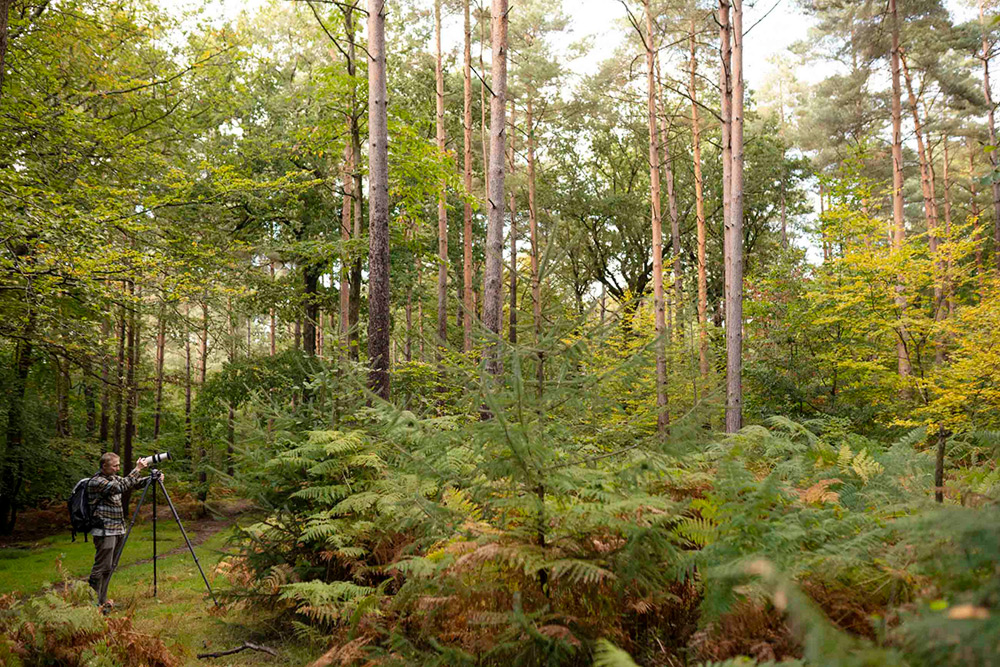 Gitzo was established in France 1917 and has been manufacturing tripods since the 1940’s. After taking the helm in 1960, the founder’s daughter steered the company to designing top quality tripods and Gitzo has continued to follow this pursuit ever since.

Today their equipment is hand assembled in Italy by craftsmen who pursue a level of excellence, in order for photographers to have a support system, which lasts a lifetime. Their range of brand ambassadors is extensive and includes some of the best names in their respective fields, such as Joe Mc Nally famed for stobist portraits, Daniel Kordan for landscape photography and Jody MacDonald for adventure photography. 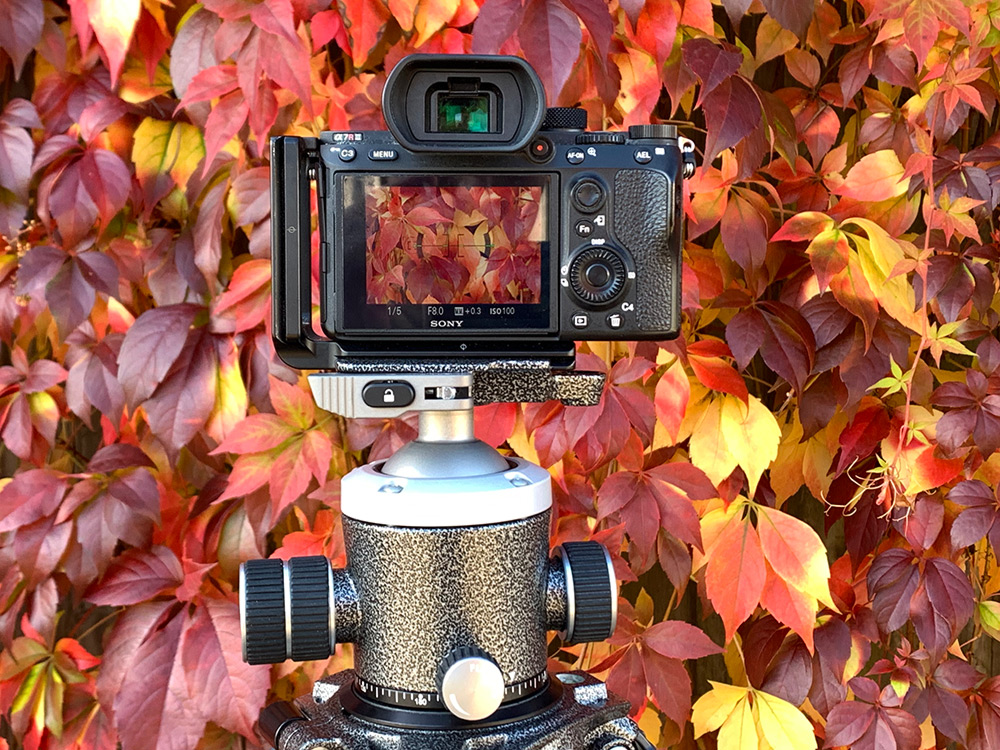 Where does the Gitzo GT3543XLS fit into the Systematic range?

Systematic tripods are Gitzo’s premium range, which are designed to be the strongest and most stable of all Gitzo carbon fibre tripods. The GT3543XLS is the tallest Systematic Series 3 tripod, none of which come with a centre column. The final 3 in the GT3543XLS denotes this as the third generation.

Thanks to being a future-proof modular design, you can switch-out the included flat plate for a regular or geared Systematic centre column whenever you want. All Systematic series tripods offer the ability to shoot low to the ground and feature Gitzo’s 2016 redesigned CarbonExact tubing, G-lock Ultra and new wide feet, which have a trick or two up their sleeves. Speaking of sleeves, there are none and with Gitzo equipment having an impressive cold weather rating down to -30 °C, you might want to add a leg warmer sleeve yourself, depending on where you shoot. 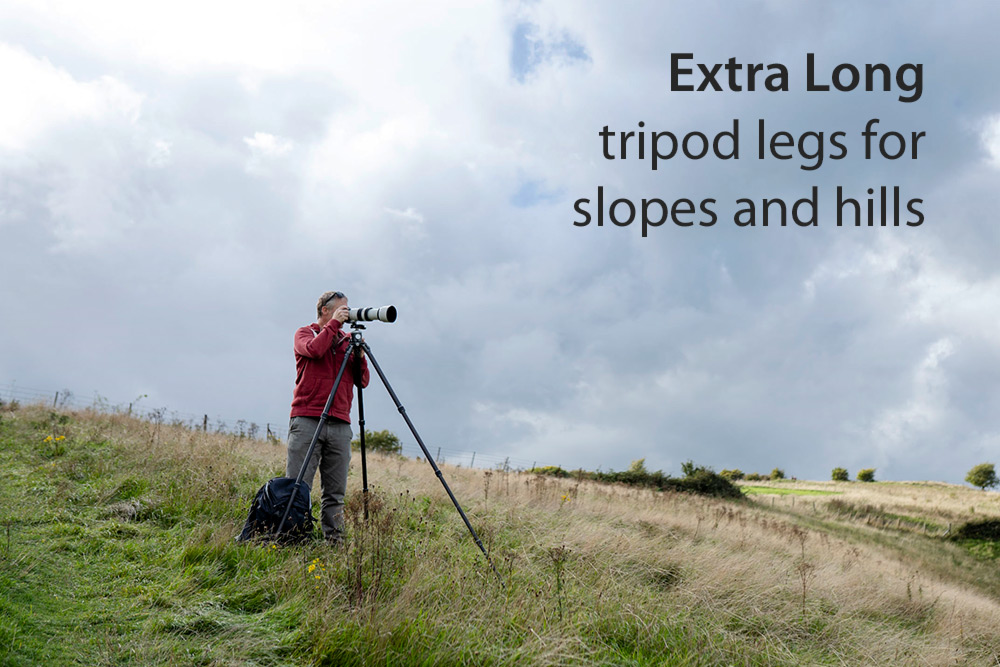 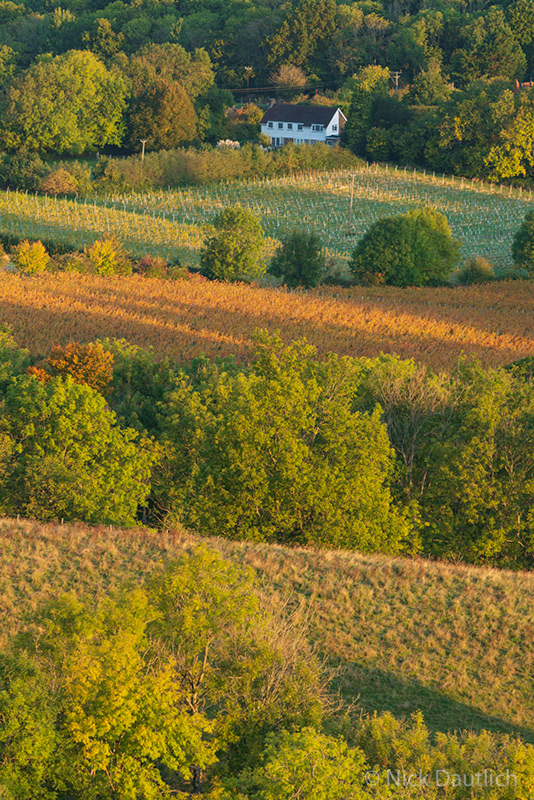 What does a tripod centre column do?

A tripod centre column allows you to reach higher, without adding much weight. Some Manfrotto tripods include a clever 90º centre column, which allow you to shoot at awkward angles. The absence of a centre column offers the greatest stability and in Gitzo’s case, facilitates ground-level shooting very easily.

You’ll experience less vibration without a centre column, particularly during outdoor windy conditions. When you’re trying to capture a sharp tripod-mounted image, the last thing you want is a centre column vibrating and ruining your chances. That said, the ability to raise your camera higher with a column comes in handy, although it’s difficult to see when you would need this with the XL model, which reaches 202 cm.

Because of their modular nature, Gitzo’s systematic range is the most versatile, allowing you to add or remove a column whenever you need. This is a bonus for weight conscious photographers who travel or hike with their camera equipment, as you can leave a column at home to save weight. 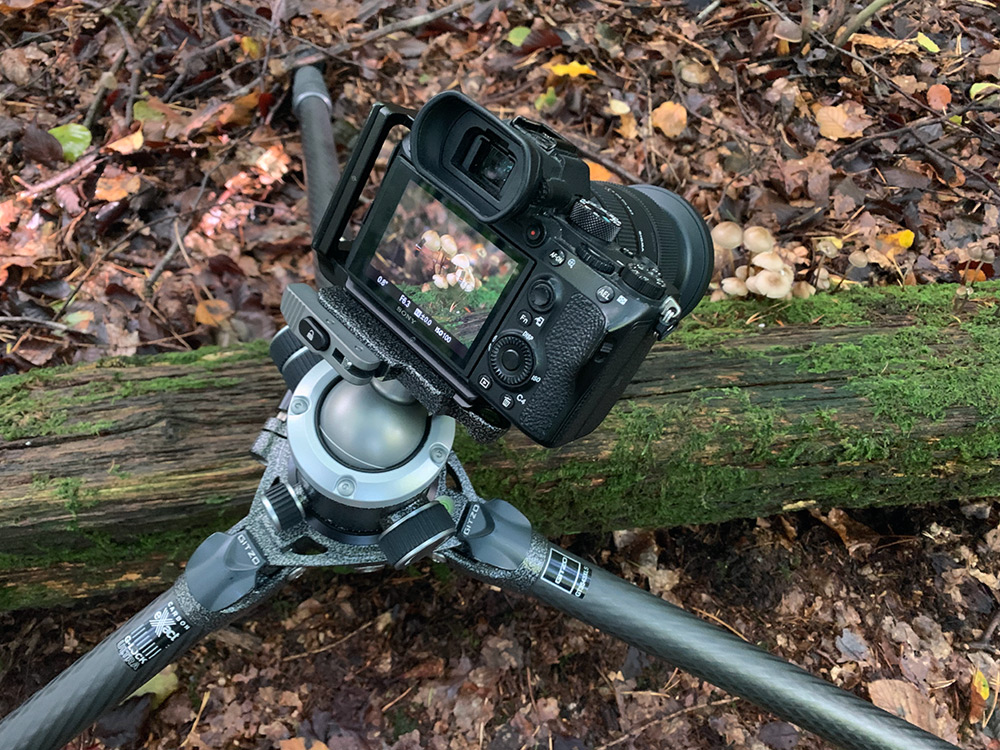 When you’re using a tripod there are particular features which go beyond marketing terms and prove themselves incredibly useful for shooting in a variety of situations. Key Gitzo Systematic tripod features include:

Some photographers hesitate to use a tripod as they can be cumbersome, however the Systematic range is extremely easy to work with, even when trying to frame shots quickly. 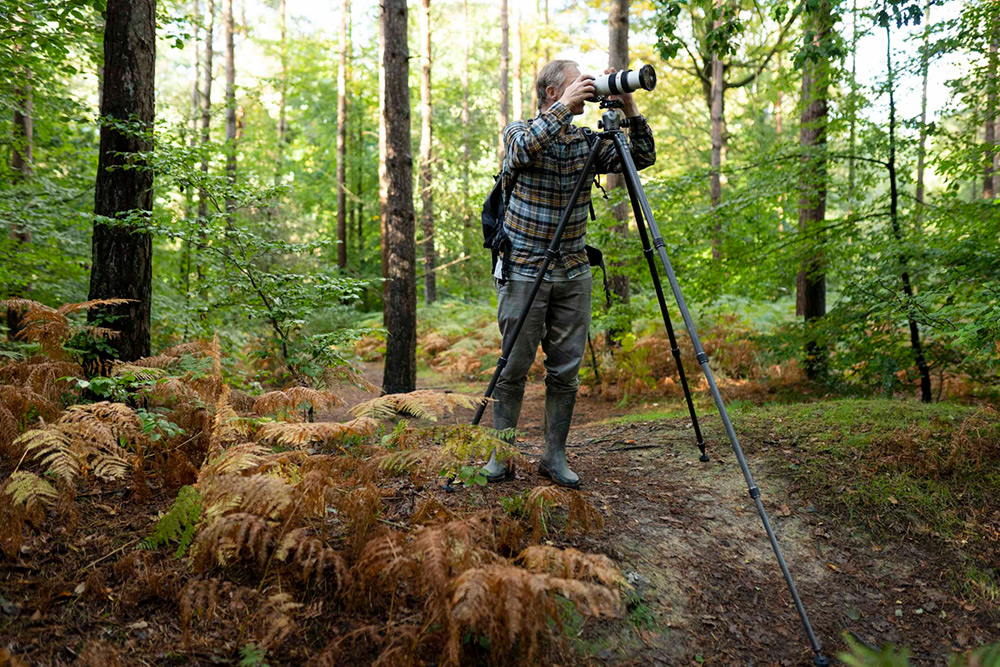 The table compares key specifications of three comparable Series 3, Systematic tripods to highlight the most useful features for real world use. Payload is consistent throughout the range, regardless of how tall the tripod reaches.

Choosing between these comes down to the height you need to work from, closed length and of course the price, which is always a consideration. 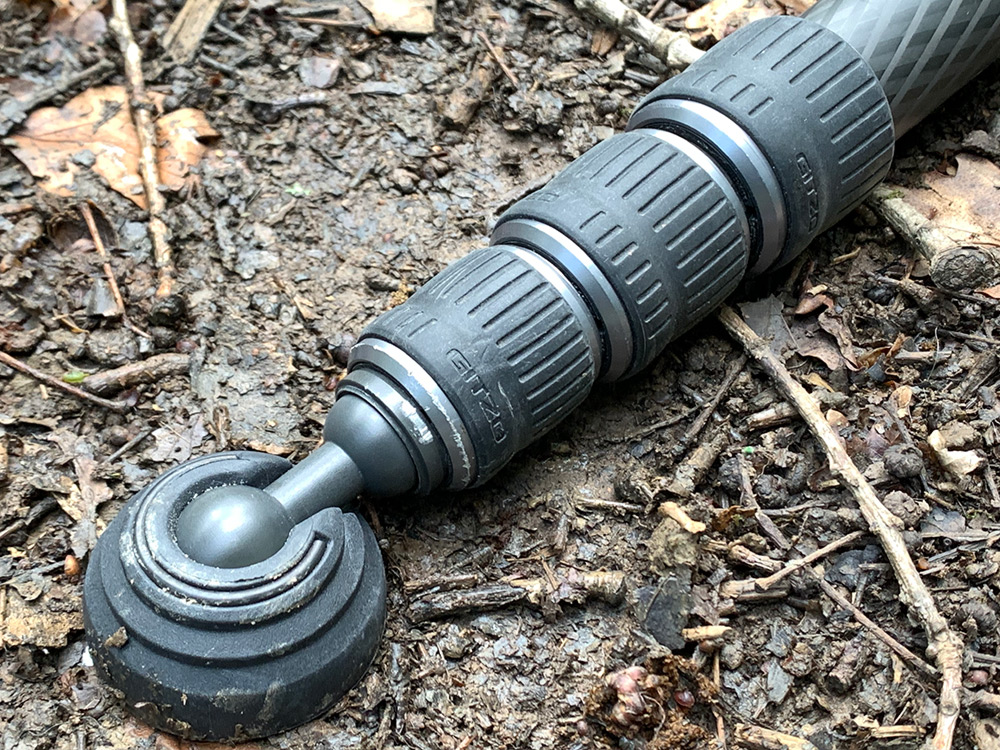 How does the Gitzo Systematic XL tripod perform?

Series 3 fall somewhere in the middle of the Systematic range, between travel tripods and heavier legs, making a great compromise between weight, carrying capacity and stability. The first thing you notice is just how light the Systematic Series 3 XL Tripod legs are, especially considering the 2m+ working height.

Once strapped to the bag, it was time to head out for some autumn photography and I was lucky enough to use the tripod over a couple of weeks. My talented wife from Photochronicle was available to capture shots of the system being used on a couple of occasions and during the review we both noted many stand-out Systematic tripod features, including:

Using the tripod is extremely intuitive, although I’m familiar with Gitzo, having owned a GK2545T-82QD Traveler for the last few years. Despite being far smaller and lighter, the Traveler works flawlessly as a travel tripod, or super-lightweight hiking platform, which is pretty much the opposite of the XL model being reviewed. 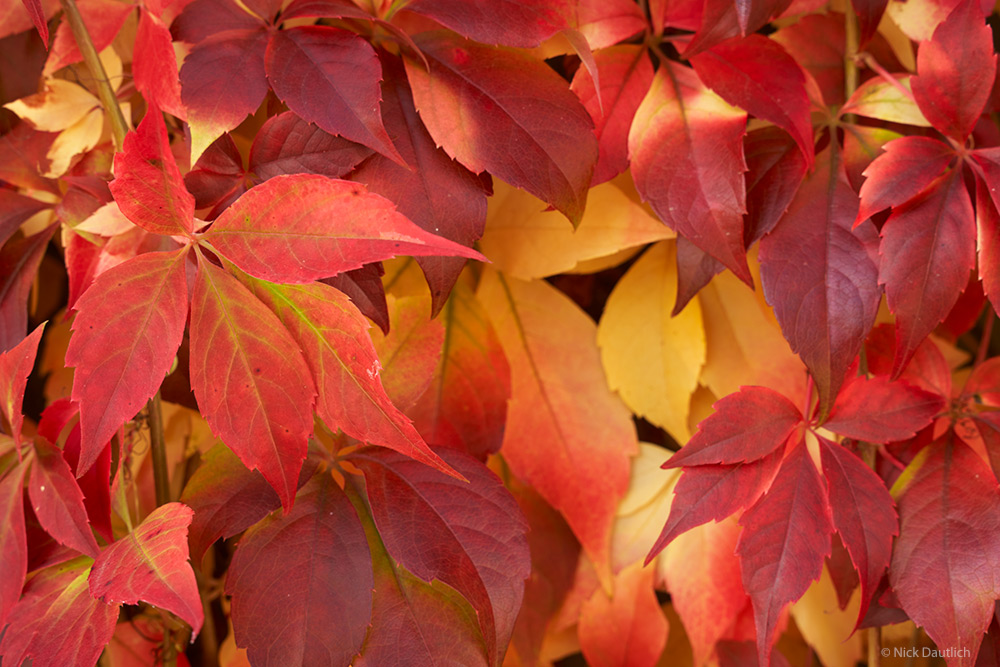 Every tripod needs regular maintenance and Gitzo has redesigned their leg shims as a single piece to ensure these don’t get lost when taking the legs apart to clean them. There are also plenty of spare parts, Gitzo grease and other essentials, so your tripod can last for many years.

If you shoot in sand, particularly dusty environments, or immerse the legs into sea water it is recommended to take them apart when you get back to base and wash off the legs, joints and shims. Neglecting to maintain your tripod will inevitably lead to the pepper-grinder effect, which nobody enjoys and leads to unnecessary wear and tear. 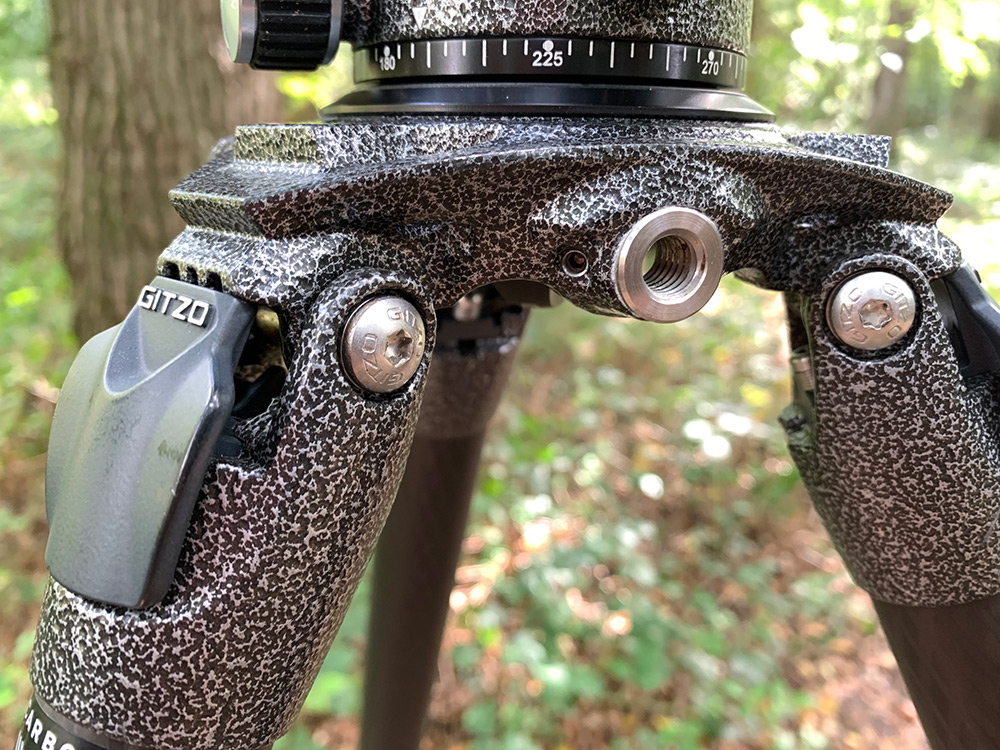 A tripod is primarily about functionality, however if you appreciate good design you’ll love Gitzo’s carbon fibre styling and aforementioned attention to detail. This is combined with space-age materials to deliver a harmony between form and function, in a package which looks as beautiful as it performs. 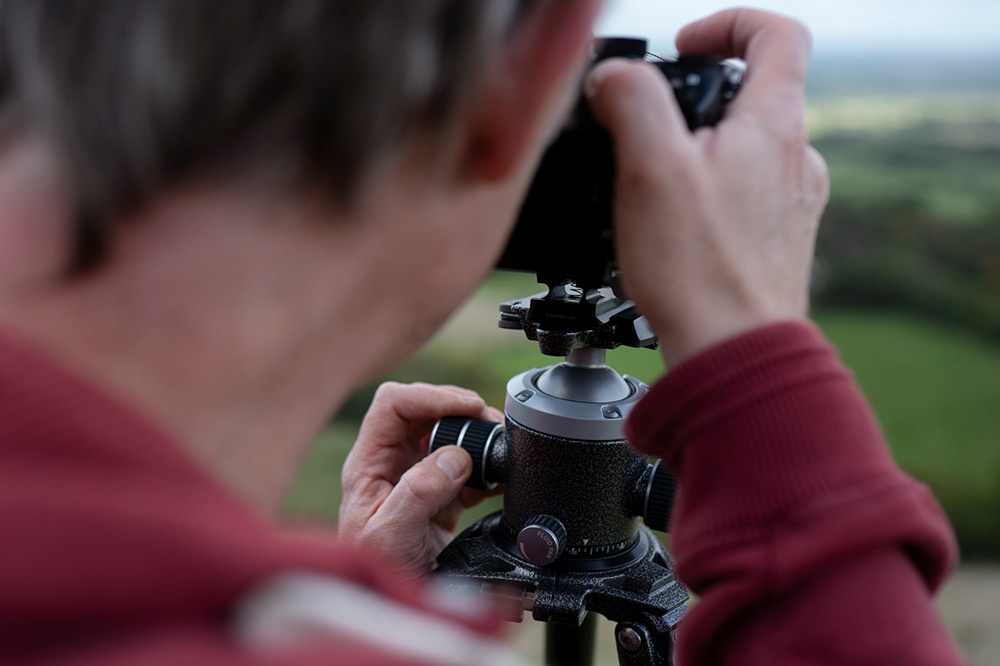 You can add numerous tripod accessories for any Systematic legs. A flat disk is included, which can be swapped-out for a sliding or geared centre column, various video half-ball adaptors including the Series 3, 75mm Half Bowl or Series 3, 100mm Half Bowl and a GSLVLS levelling base.

There are also a range of feet available for different surfaces, including replacement GSF50 Big Foot, GS5030VSF Video Rubber and Spiked Tripod Feet or Long Tripod Spikes for softer ground. 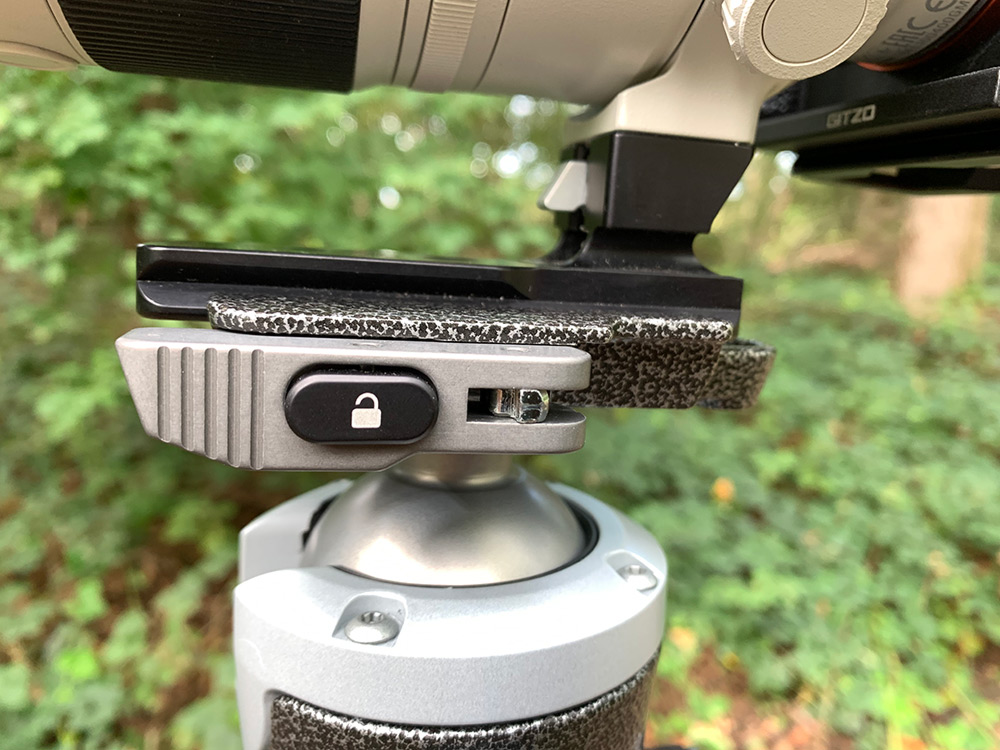 A ball head is one of the most versatile heads for general shooting, offering quick framing of landscapes, cityscapes and portraits. The Gitzo Centre Ball Head Series 4 with Lever Release is the most heavy-duty head for Series 3, 4 and 5 Systematic tripods, perfect for this XL tripod review.

Although I’m more familiar with a screw-type knob rather than quick release lever, I was incredibly impressed with the locking functionality, which felt secure and required a press of the lock button to release. I would not hesitate in recommending this for your set-up, where I may not have done prior to testing this Gitzo QR version.

The head itself was very smooth to turn, frame images and control, with a combination of main knob, friction knob and 360° independent panning knob. The Series 4 is rated with a 30kg payload and it’s a good idea to buy a head with a higher payload than your heaviest equipment. However this model is probably overkill for the longest lens that I used, which was a Sony 100-400mm GM, where a smaller head would have sufficed.

I never noticed any slip or creep and the supplied Gitzo D profile tripod plate worked a charm, although I switched back to my L bracket almost immediately, thanks to its ability to switch between horizontal and vertical shooting instantly. The mount is Arca-Swiss compatible, which means this set-up will work with virtually any plate available, including Gitzo’s own system.

If you shoot with beefier equipment the 900g ball head feels assuredly stable, is able to support high payloads and proved every bit as stable as anticipated. 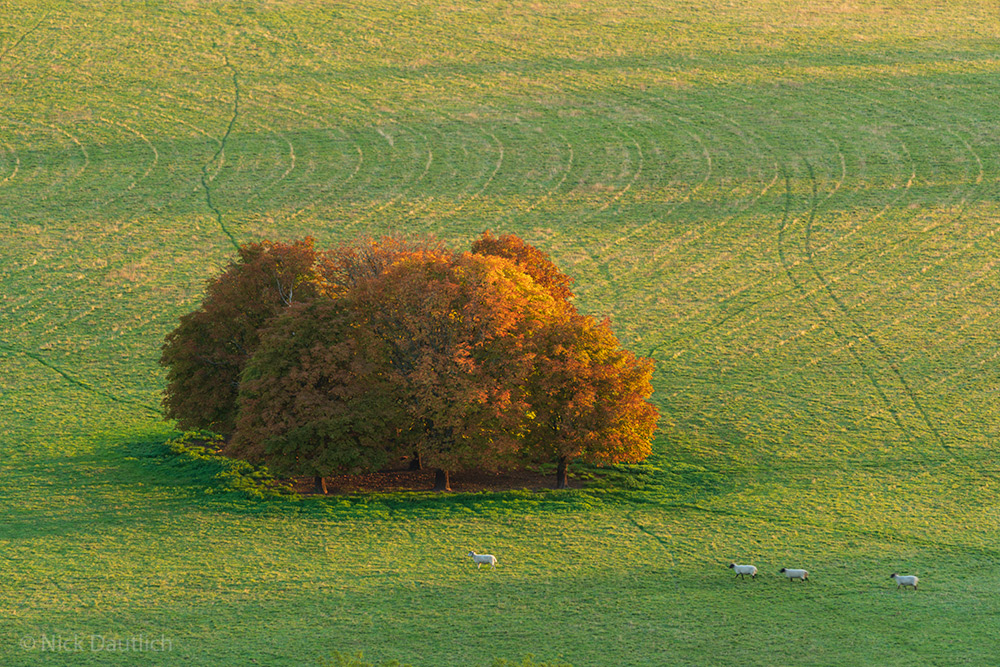 Some sheep in a field, framed on Gitzo

The Systematic Series 3 XL tripod is clearly all about maximum working height with its extra long reach. This is a back-saving bonus if you shoot on hills, mountains and slopes, or are particularly tall. The penalty to having longer legs, is that the folded-down length becomes longer, and of course the legs are slightly heavier than some alternatives. You might encounter problems taking this tripod as hand luggage and it won’t fit onto a compact camera bag.

If you rarely shoot on hills, the next model Gitzo GT3543LS Systematic Series 3, 4-Section Long Tripod is well worth considering as it extends to just under 1.5m. However if extra height is more frequently required, or you are taller, the combination of height and stability are well worth the extra couple of hundred grams. The tripod is phenomenally stable, easy to use, versatile and looks the business, with beautiful styling and robust materials used throughout.

Buying into the Gitzo Systematic system is an investment, but your support is future-proof, versatile and feels like it will last a lifetime. There are plenty of spare parts, useful accessories and Gitzo has been around for over 100 years, which is testament to the quality of their equipment. 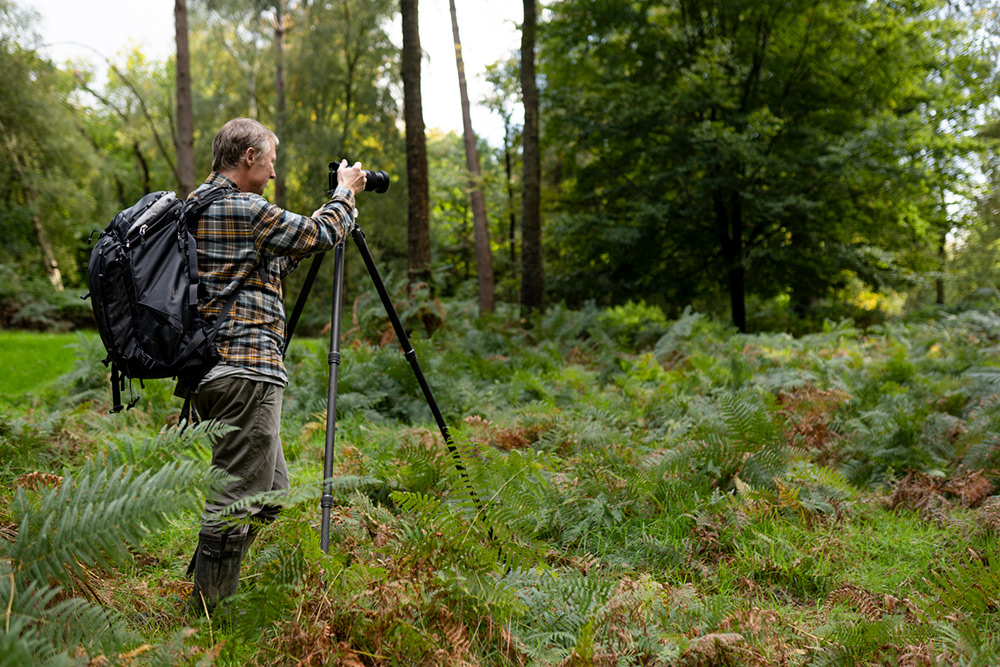 For outdoor creators who need extra height in a remarkably lightweight and portable system, the Systematic 3 Series XL is very hard to beat and comes highly recommended.

Reserve your Gitzo GT3543XLS Systematic Series 3, 4-Section XL tripod today or browse the entire Gitzo tripod range to choose from a selection of class-leading supports for your photography.