2022 gets off to a buzz with the DJI Mini SE Drone released at midnight on the 13th January. We take a closer look at features and specs aimed at beginner pilots for this new ultra-compact sub 250g drone and what you can expect from this leading brand. 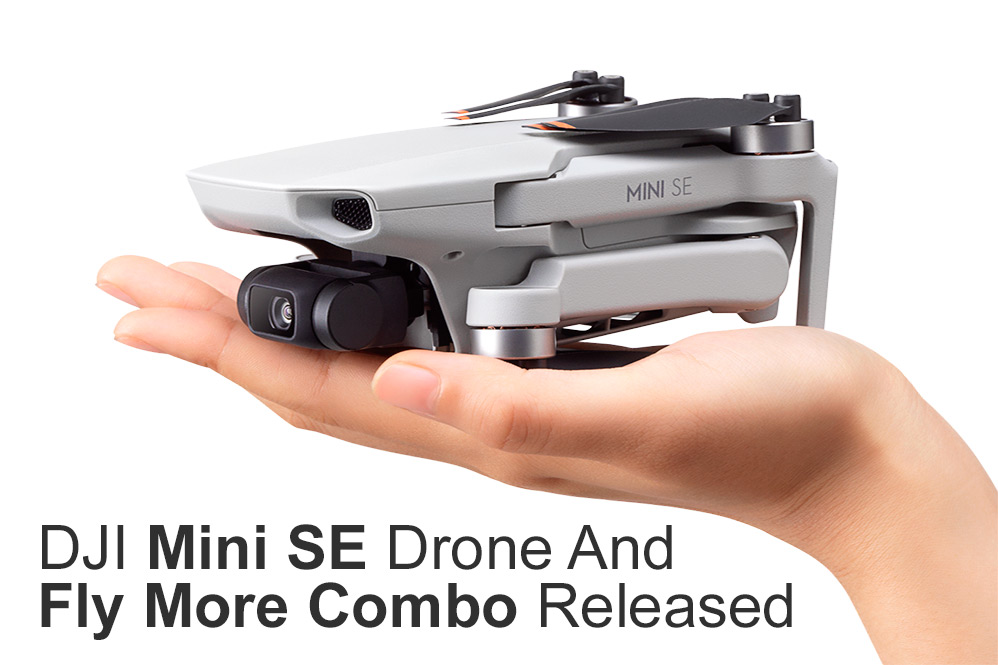 The standalone drone and the Fly More Combo (discontinued) are identical, with the included accessories making the difference.

Also worth noting is that maximum flight time is based on optimum conditions, which was tested while flying at 17kph in windless conditions, so we would expect shorter flights where there is wind resistance, but these are still impressive numbers.

You can fly the Mini SE in Sports mode at speeds of up to 29 mph in windless conditions, and as mentioned flights will last for up to 30 minutes per battery. This is pretty spectacular for a super-compact drone, which weighs under 250g and fits into the palm of your hand. Some iPhones weigh 240g so you can imagine how lightweight it is, basically the same as a larger smartphone.

Wind resistance is a very reasonable Scale 5, which is up from the DJI Mini 2 – the drone’s closest model. This means you can fly safely in a fresh breeze, or 8.5 m/s to 10.5m/s wind to be accurate.

If you’re in the UK there isn’t a mountain high enough to stop you being able to take off, but if abroad note the maximum take off altitude is 3000 m. Recommended temperatures for flights are between 0° to 40°C, which is the same as the majority of consumer DJI drones. This gives you some latitude for flying during varied weather conditions, although you can pre-heat your batteries in a pinch, if you have to get some footage during extreme cold.

The Mini SE uses Vision Positioning and GPS Positioning for extremely accurate hovering accuracy. Add in the propeller guards and you’ve got basic safety covered for peace of mind. 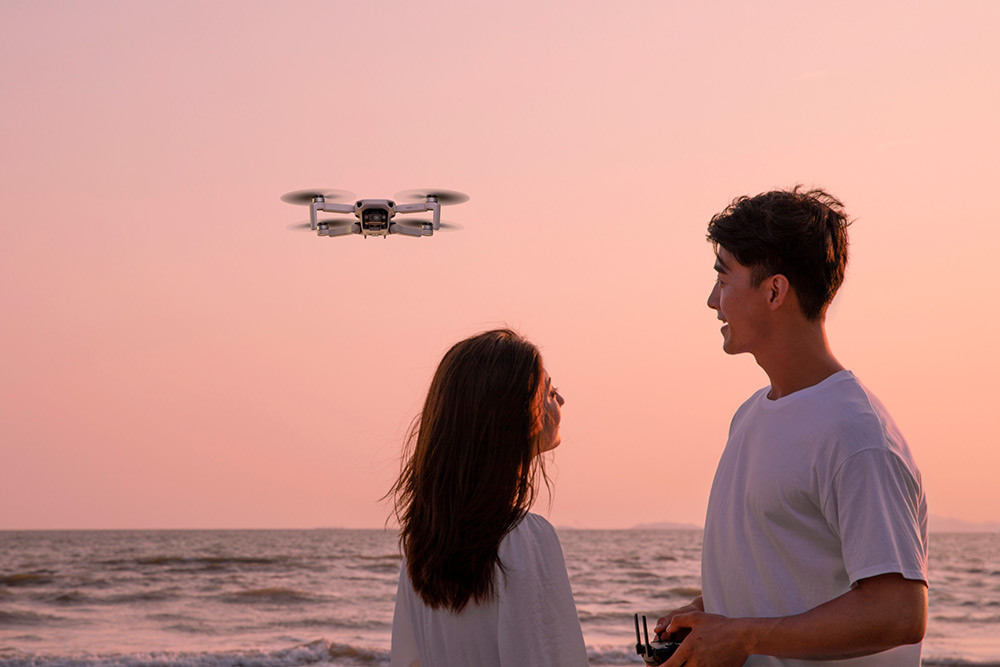 Naturally photo and video capabilities are especially important for anyone who wants to create content for social media or blog. To this end DJI has added a 1/2.3” CMOS sensor with 12 megapixels effective resolution with images that are captured in JPEG format. Images can be in either 4:3, which is the same aspect ration as a phone, or cinematic 16:9 ratio.

The lens shoots at an equivalent 24mm with an aperture of f/2.8 which is bright enough for most situations. An 83° field of view captures grand vistas, perfect for landscapes and other wide angle subjects. You can shoot between 4-1/8000s in single shot or intervals up to 60 seconds for timelapse, focusing between 1 metre and infinity.

The camera is mounted on a 3-axis (tilt, roll, pan) gimbal, which offers mechanical and electronic controllable range up to -90° to +20° tilt for compositional flexibility.

You will need to get a a microSD card to store photos and videos as there is no internal memory in the Mini SE. Pick the largest capacity card you can afford to avoid running out of space – you can always use it with your next drone and we recommend carrying a spare memory card just in case. 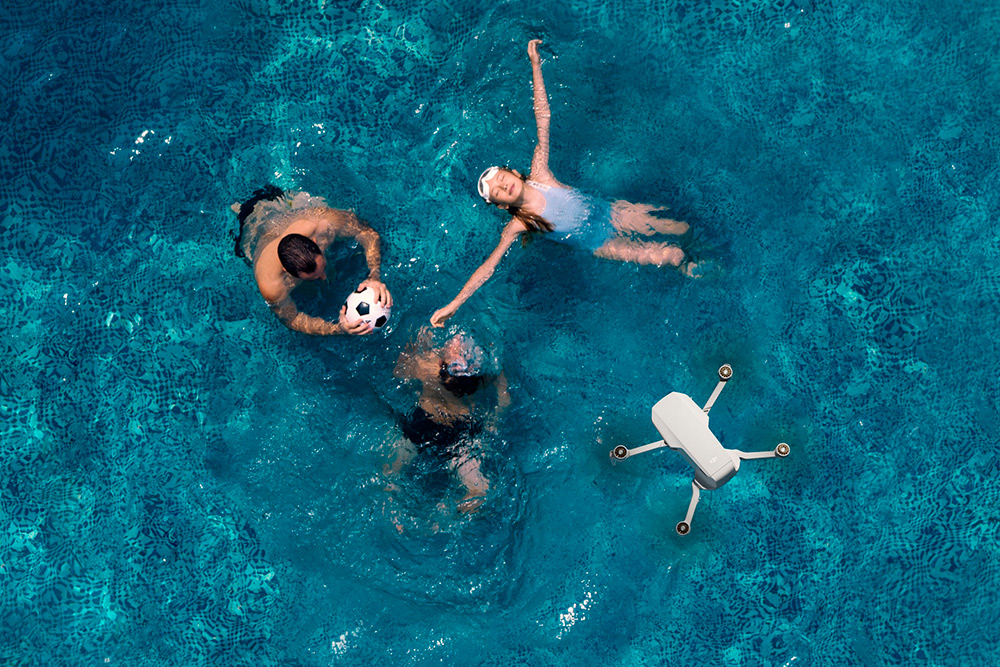 The remote which comes with both the standalone drone and in the Combo operate with Enhanced Wi-Fi in 720p/30fps, with a latency of 170-240ms. This gives you a clear enough picture from the drone at distances of up to 4km when unobstructed and free from interference. However you must fly within 500m in clear line of sight in CE countries, like the UK. The USB port connections are the usual Lightning, Micro USB (Type-B) and USB Type-C which caters for the vast majority of smartphones.

Rules for Drones Under 250g

Rules for drones under 250 grams in the UK now stipulate that a drone with a camera must be operated by a person over the age of 12 if flying solo. You can find out information about all aspects of unmanned aviation here for registration purposes. If you travel abroad with your drone, you’ll need to register in the country or continent where you’re intending to pilot the drone – in Europe for example, as the UK is a 3rd country since the Brexit transition period. 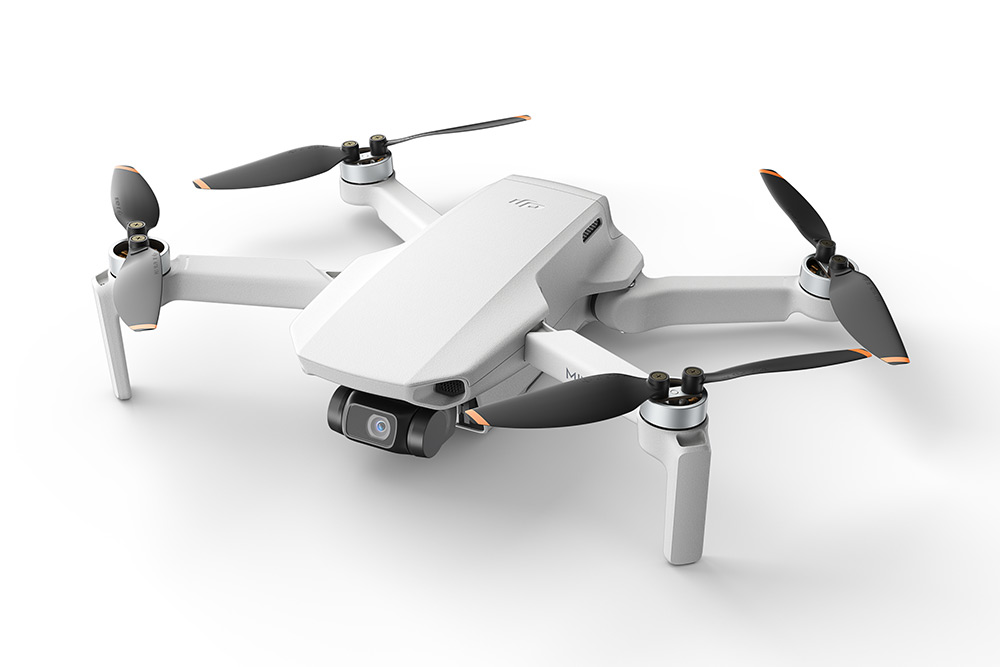 Who is the DJI Mini SE for?

DJI has a number of drones available at the time of launching the Mini SE, so who’s it for? We would say it’s aimed at new pilots who want to learn to fly, or those who enjoy casual flights and want to travel light. It is incredibly small and lightweight, which is a big bonus as you can bring it literally anywhere. Templates and beginner tutorials in Flight Academy on DJI’s Fly app are excellent for newbies so you can learn the basics of piloting quickly and effectively.

Shooting in 2.7K as well as Full HD will give you great results for personal use and for social media. 12MP images are plenty big enough for screen viewing and even smaller size printing, which is especially rewarding if you have your own printer. Aerial views require their own learning curve, but the principles are the same as all photography, so it’s nice to know that when your skills do progress, you can take some manual control over the camera, adjusting shutter, ISO, and white balance.

There are some features which have been left out that differentiate this model from more advanced content creator drones like Mavic 3 or Air 2S. You won’t be able to track objects automatically, shoot in RAW nor is there obstacle avoidance for example. On the flipside you will be able to capture stabilised images and video with easy to use pre-defined flight paths, which deliver excellent cinematic sequences straight out of camera. When using the app you can harness QuickShots modes that include Dronie, Helix, Rocket, and Circle, which can create ready to post files to impress your audience. 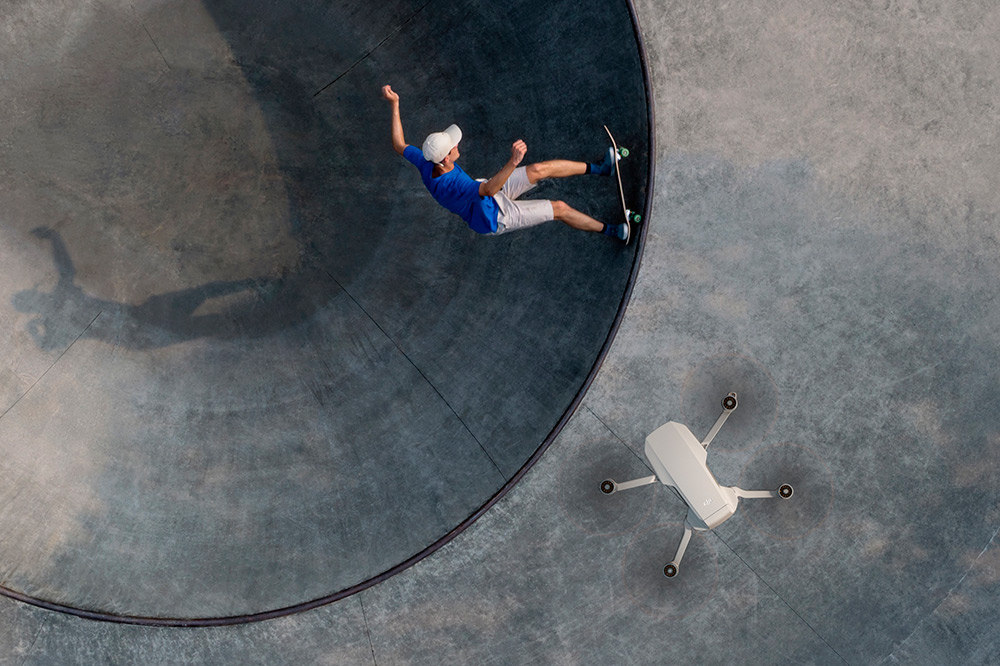 You don’t have to be a wiz at editing, flying or have any other skills to make the most of the Mini SE as you can simply tap on the feature you want using the app. You will also gain invaluable experience so that if you get the aerial photography bug and want to start creating professional quality content in 5K+ you can.

The drone has a higher wind speed resistance than the virtually identical DJI Mini 2 and the design has not changed much since that drone was released. In fact you can use many of the same accessories between these two, which have similar performance as well. Mini 2 does capture 4K/30p and a digital zoom although otherwise they are pretty much the same.

Download DJI App for Mac here and for Android here.