Panasonic is taking no prisoners with the release of two new hybrid full-frame cameras right at the start of 2023. Learn everything you need to know about these two models in our Panasonic Lumix S5 II and S5 II X review, which includes a specs comparison with the first generation S5 and in-depth video review. 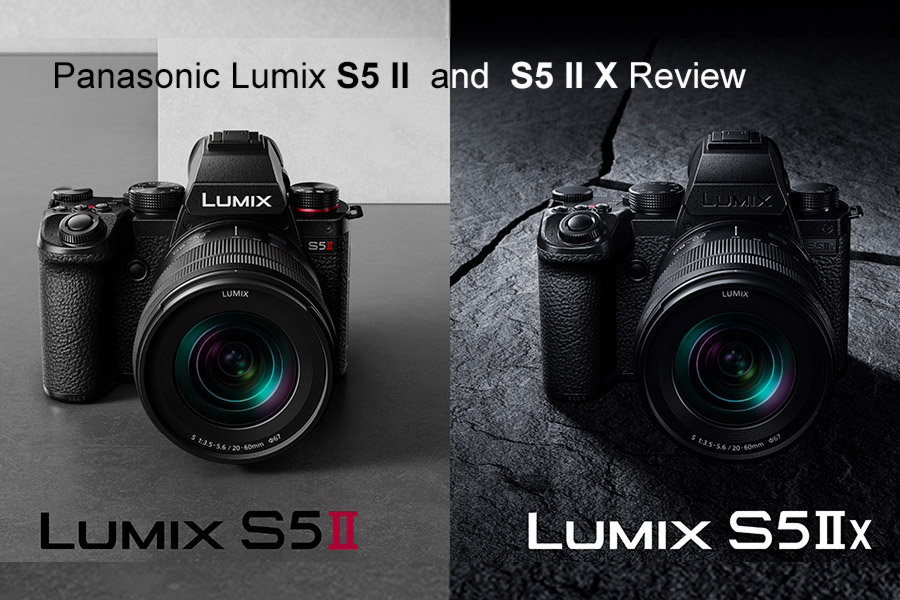 We’ve gathered details to help you decide which of these powerful Panasonic mirrorless cameras to choose, whether you’re considering the second generation S5 II or the stylish new design of the S5 II X Black. So buckle up and sit back as we discover which camera is the best upgrade and makes the perfect new addition to your content creation kitbag.

What’s the difference between the Panasonic Lumix S5 II and S5 II X?

Lets get the biggest question answered and clarify what the difference is between the Panasonic Lumix S5 II and S5 II X. Firstly the S5 II X features a blacked-out design. Everything including the Lumix logo covered in sleek matte black, with a red record button being the only visible colour.

All camera features are identical, except for the following, which the S5 II X offers on top. The Lumix S5 II X is capable of 5.8K Apple ProRes recording to SSD via full-sized HDMI or USB, and ALL-Intra Recording. The S5 II X also supports Apple Pro Res RAW video output to an Atomos video recorder, wired (with a separate USB-LAN adapter) and wireless IP streaming, as well as USB tethering. 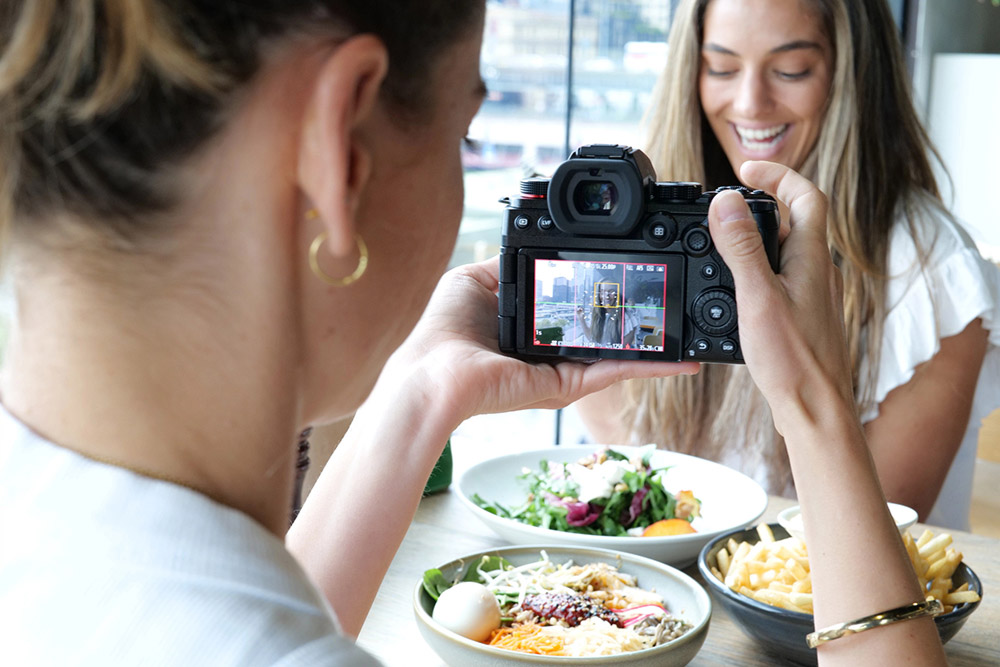 When did the Panasonic Lumix S5 II and S5 II X launch?

Both of the new Panasonic Lumix S5 II and S5 II X cameras were announced January 4, 2023, a couple of years after the September 2020 release of the first generation S5. What’s particularly impressive is that Panasonic has launched numerous L-Mount lenses during the interim, including the Lumix S 14-28mm f/4-5.6 Macro Lens, which arrived alongside these new cameras in 2023.

Panasonic has ensured both of the new full-frame L-Mount cameras are accessible, with the Panasonic Lumix S5 II price of £1999.00 and £2299.00 for the additional features included in the S5 II X. This is in-line with expectations and you get a lot of upgrades for your money. 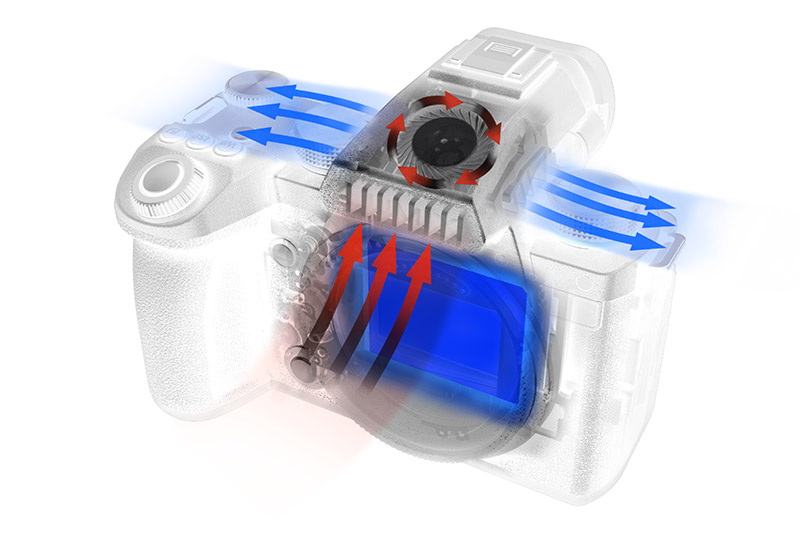 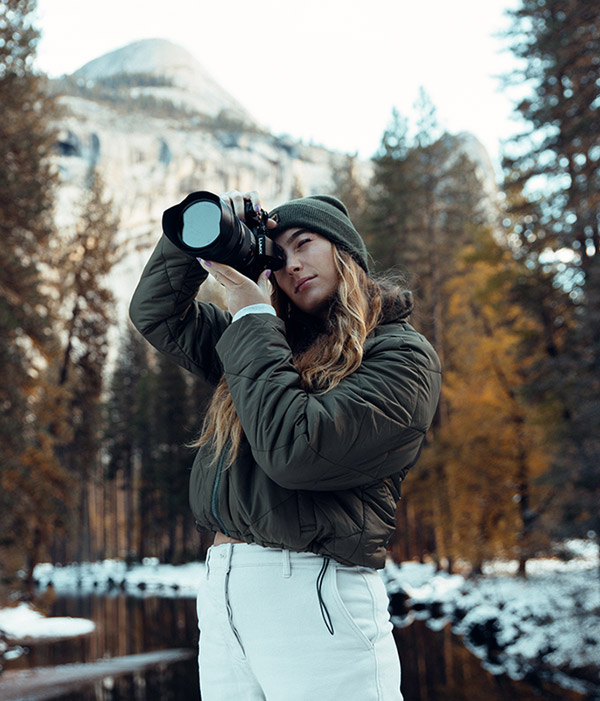 Thanks to the new sensor and processor, Panasonic has introduced a Phase Hybrid AF system for the first time, which combines PDAF with Contrast Detect AF. This brings a significant upgrade to L-Mount users, with Human/ Face/Eye/ Animal+Human detection from faster and more dependable AF, which provides 779-area metering.

The new AF system can detect subjects in difficult conditions, such as in low light and backlighting and once locked on, will continue tracking the subject, even when other objects move around the frame. AF mode options include Tracking / Full Area AF / Zone (Horizontal/Vertical) / Zone / 1-Area+ / 1-Area / Pinpoint and the cameras will focus down to EV -6.

When shooting in burst mode the S5 II and S5 II X achieve 9fps in mechanical shutter (AFS/MF), 7 frames/sec (AFC) (with Live View). In electronic shutter mode you can burst as fast as 30fps (AFS/AFC/MF), for more than 200 RAW images before recording slows (300 JPEG). 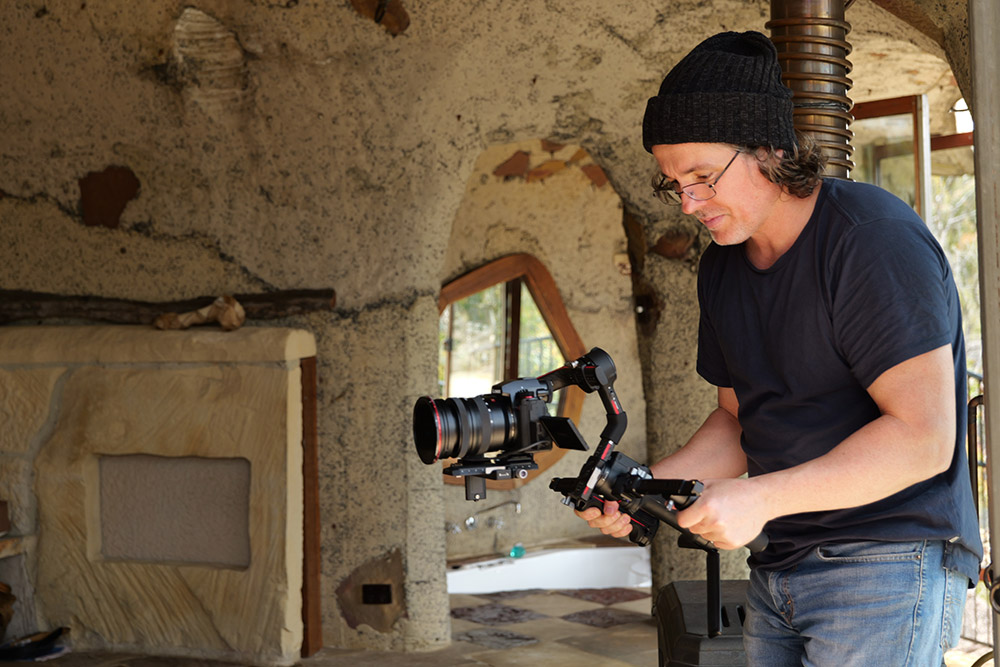 The full sensor is used for 6K, 5.9K (16:9), C4K or 4K, and the camera switches to recording on an APS-C cropped area for faster frame rates in those resolutions. Both cameras capture 14+ stops dynamic range when shooting in V-Log.

The S5 II and S5 II X include a host of new features to help capture better than ever video, such as: 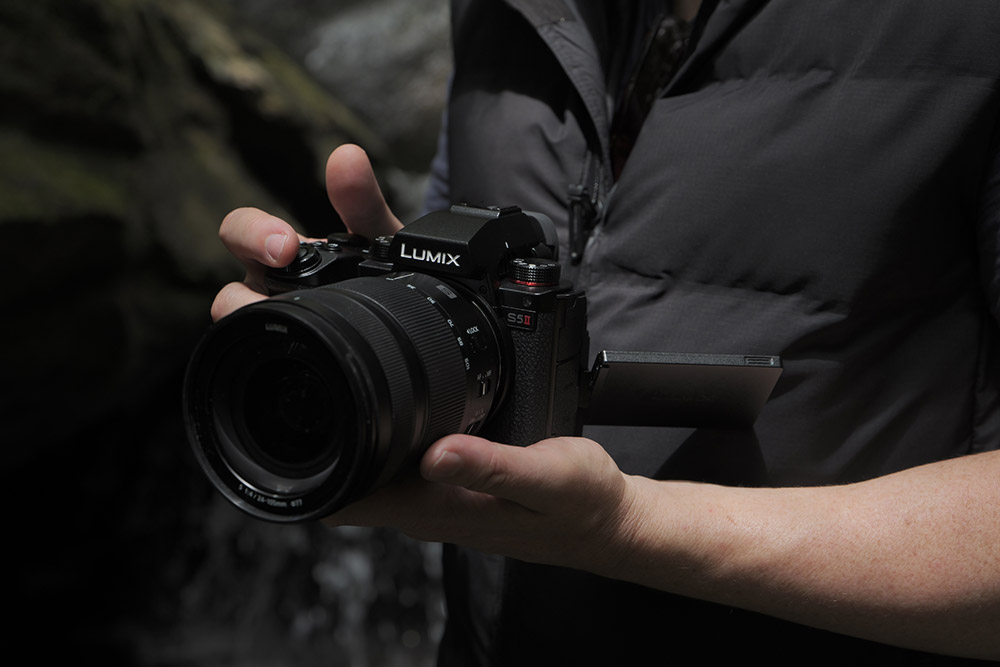 The table below shows a range of video recording options with the new models.

This table compares key video capabilities between the first generation S5 and second generation S5 II cameras. A number of new formats are now available, including 6K, 5.9K and C4K 4:2:2 10-bit at 60fps, along with 4-channel audio via external microphones and the Panasonic DMW-XLR1 XLR Microphone Adaptor. 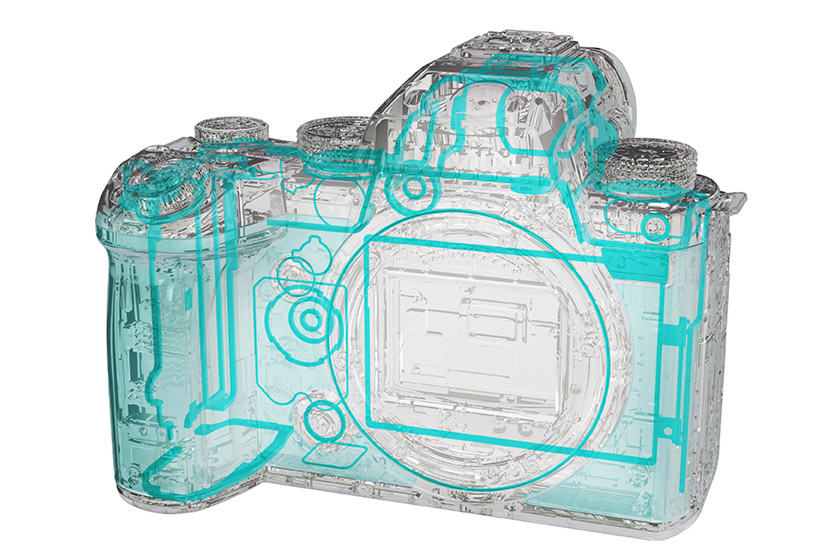 As a thoroughbred hybrid camera you can expect fantastic stills quality with numerous photo modes including: 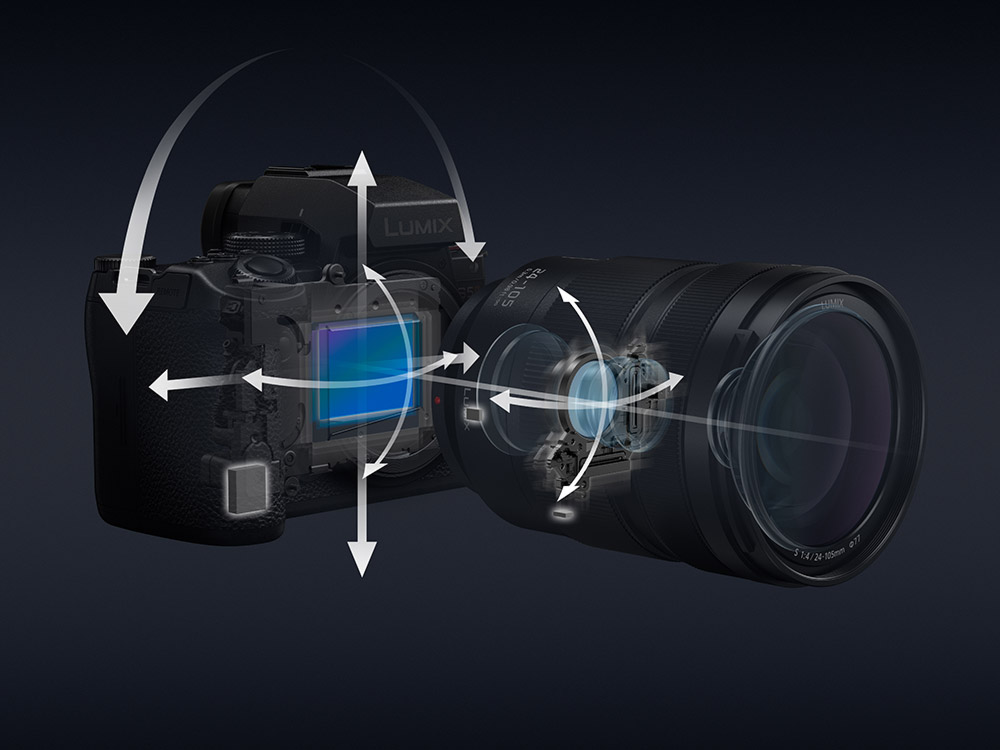 The Panasonic S5 II and S5 II X include a wide range of connection options to enhance content quality and make it easier to share your work. When attaching Φ3.5mm microphone or DMW-XLR1 (sold separately), you can record 4-channel high resolution audio.

TTL Panasonic fit external flash can be connected on the shoe with wireless control when using FL580L, FL360LE and other models.

The dust and moisture sealed body holds the same Panasonic BLK22E Rechargeable Battery as the previous generation, which is great news for anyone upgrading. This battery provides approximately 370 images or 1,250 images in Power Save LVF mode. 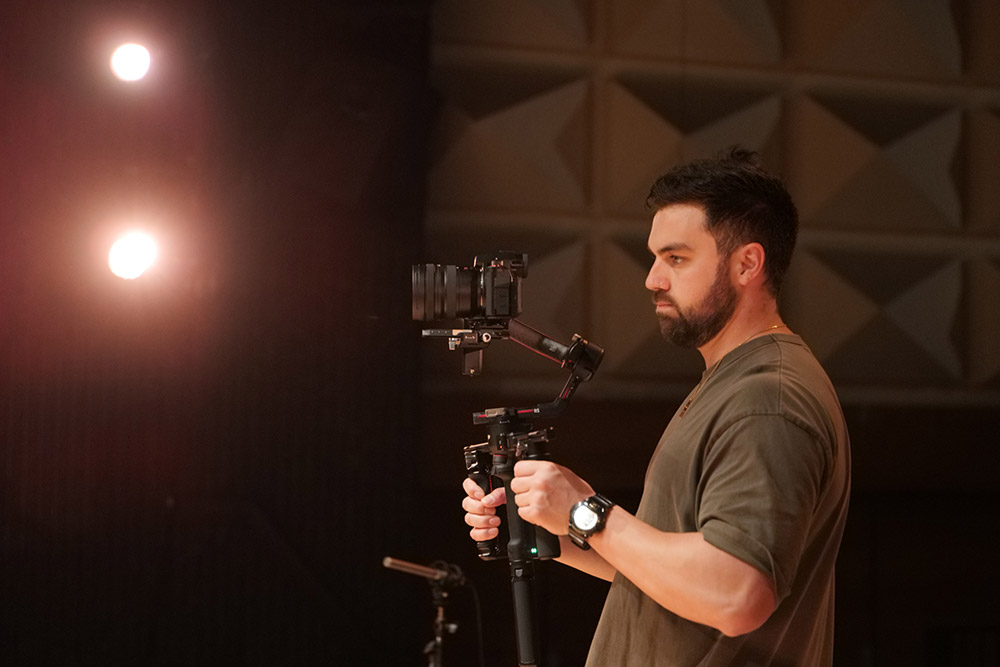 Who is the Panasonic S5 II for?

The Panasonic S5 II captures fantastic 24MP and 96MP high res full-frame photos, but it’s the high video quality, which is particularly appealing and comparable to more expensive cameras. The range of recording options is superb, allowing you to choose between high resolution, high frame rate and various other settings according to the requirements of each project.

The Panasonic S5 II is a great choice for hybrid solo creators, vloggers and enthusiasts, whereas the S5 II X is aimed at more serious filmmakers who need RAW over HDMI, ALL-Intra Recording as well as IP streaming from the camera.

Both models can be used in team productions, offering advanced features like TC IN/OUT, Waveform Monitor and the option to record 4-channel audio.

Panasonic full-frame L mount cameras were always incredibly powerful video-centric hybrid options, but lacked Phase detection AF. Having developed a new sensor and processor, Panasonic has been able to add a new Phase Hybrid AF system for the first time. This has countless real world benefits and will no doubt cement these two new cameras as being amongst the best hybrid cameras on the market for enthusiasts and professional content creators.

Reserve your new Lumix camera today, and choose from these body-only or lens kits:

1 When the camera is used at recommended operating temperature 0-40 degrees C. 6K and 5.9K at 30p/25p video recording stops once when continuous recording time exceeds 30 minutes if [Thermal Management] is set to [STANDARD].