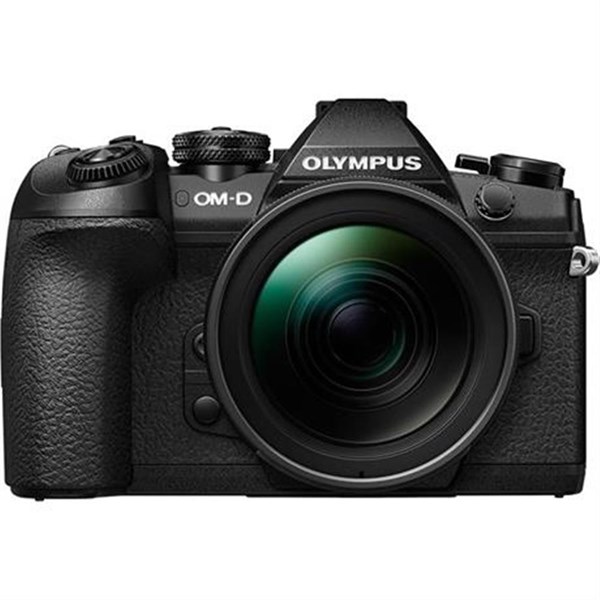 Compatible with a wide range of micro four thirds lenses

Thanks to enhanced pixel optics and double quad-core processing, the dynamic range has been significantly improved. The 50-Megapixel High Res Shot goes far beyond the potential of full-frame cameras, with blur as good as eliminated by a combination of the TruePic VIII and a new, enhanced version of Olympus' celebrated on-sensor 5-axis Image Stabilization.

Heralding a new standard of M.ZUIKO lenses as the first model in the new M.ZUIKO PRO category, the M.ZUIKO DIGITAL ED 12-40mm 1:2.8 PRO lens is engineered to meet the needs of professional photographers in all respects. When combined with the OLYMPUS OM-D, this large-aperture lens achieves the reputation of an unbelievably fast AF high-performance standard zoom. Its constant, bright aperture value of f2.8 at all focal lengths (equivalent to 24-80mm on a 35mm camera), combined with other sophisticated technologies including an MSC and Manual Focus Clutch mechanism, deliver high-grade image creation for a wide range of photographic styles, regardless of lighting conditions and distance. This lens features a handy push pull focus ring to easily switch between manual and automatic focusing. The compact and lightweight design also has a dustproof and splashproof construction compliant with professional use, expanding shooting capabilities even in the most testing of environments.

The M.ZUIKO DIGITAL ED 40-150mm f/2.8 PRO is compact and lightweight, yet will provide you with a 35mm equivalent of an 80-300mm lens when attached your Micro Four Thirds camera. This high-performance telephoto lens will also cover a maximum aperture value of f/2.8 for brightness at all focal lengths. The lens has a 72mm filter thread size.

The Olympus OM-D E-M1 Mark II follows on from the sensation Mark 1 camera launched in 2013, meaning in the fast-moving world of photographic advancement, there was a lot of scope for improving upon their flagship mirrorless.

One thing that Mirrorless cameras have tended to beat their chunkier siblings, the DSLR on in the specs war is on-board image stabilisation. The OM-D E-M1 Mark II makes good use of the technology Olympus have become renowned for, and this will make a fine partner for the excellent Olympus M.ZUIKO Digital ED 300MM F/4.0 IS Pro lens which has clearly been made knowing the OM-D E-M1 Mark II was on the way. Handheld telephoto photography just got a whole lot easier!

This lens has a focal length equivalent to 24-80mm on a 35mm full frame DSLR camera, making it a perfect everyday lens for wide-angle to a portrait zoom range. Compatible with the micro four thirds system and boasting a wide f/2.8 maximum aperture, it demonstrates excellent low-light performance and shallow depth of field throughout the focal range, with a beautifully smooth bokeh from the 7-blade aperture diaphragm.

The high-speed imager autofocus from the linear motor drive also delivers fast and smooth autofocus, even when used to shoot fast paced subjects or even video applications. The dust, freeze, and drip-proof design also means it performs well in a variety of weather conditions.