How to Photograph the Supermoon

If you missed April’s supermoon, have no fear as the year's biggest supermoon is yet to come on May 26th, 2021. Take a read below for tips on how to capture it and make some memorable photos to cherish of this celestial body.

It’s time to grab your camera, favourite fast aperture lens and head out in the small hours because at 4:13am Tuesday 27th April 2021 the UK will see a particularly spectacular supermoon, referred to as the Pink supermoon. It will appear to be 14 percent larger and 30 percent brighter than other full-moons.

The name ‘Pink moon’ is apparently garnered from native North Americans describing how a moon may change reddish or pink when it heads across the horizon-line, depending on the sky colour.

If you are new to stargazing there are some excellent tips on Astronomy for beginners on The Science Focus Magazine website, including moon phases and much more.

Share your moon images with us on our social channels here:

Why not read our other Astro blogs including capturing Lunar eclipse, the quick start guide to Astrophotography and some tips on astronomy gear for Jupiter and Saturn.

What is a Supermoon?

Any full moon or new moon that comes to within 224,791 miles or 361,766 km (or less) of our planet can be a supermoon. This April's  Pink moon will appear to be 14 percent larger and 30 percent brighter than other full-moons, so quite the spectacle. 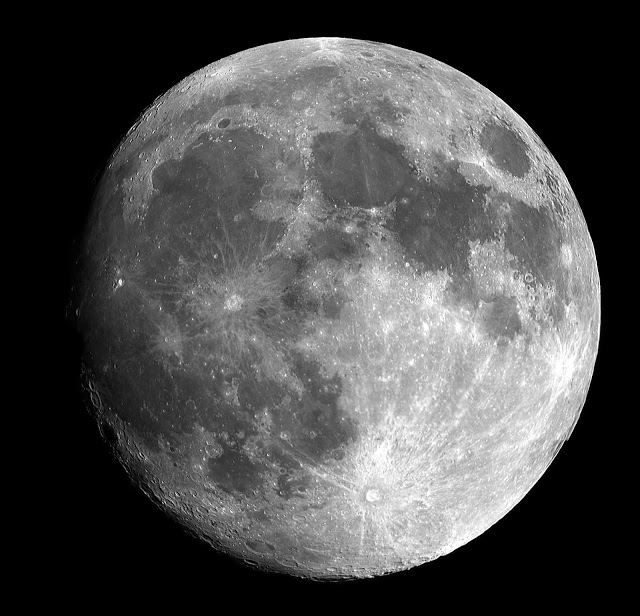 A Supermoon is a lunar event when the full moon occurs during Perigee, the point of the moon’s elliptical orbit of the earth when it is closest to us (as opposed to Apogee, when it is furthest away). This means that the moon will be around 226,000 miles away from us, rather than its average distance of around 237,700 miles, a difference of around 21,700 miles.

Where is best to photograph the Supermoon?

On 27 April  2021 the Supermoon will rise and will be highest in the sky around  4:13am but will be impressive around this time too.

I’m sure we’ve all tried to take a photo of a particularly bright or red moon in the evening with our smartphones or compact cameras, only to be disappointed with the results.

So how do photographers get all those fantastic photos of a huge moon set next to landmarks around the world? Well, a bit of photographic trickery is involved there. I’ll get to that later. In order to demonstrate just how super the Supermoon is, you’ll probably want to feature some Earth-based objects in your photos, to give it a sense of scale. Shooting the moon in an urban environment can therefore be a good choice, provided you can get a clear line-of-sight to the moon, with some buildings in the foreground. If you’re by the coast, piers can make excellent additions to the foreground. If you’re a purest, you can always find an area of countryside with as little light pollution as possible and an unobstructed view of the moon.

When is best time to photograph the Supermoon?

Here’s a phenomenon that you may not have heard or, but you’ll probably have seen, called Atmospheric Refraction. If you’ve ever noticed a rising moon on the horizon and thought it looked particularly massive, then you’ve experienced atmospheric refraction. This phenomenon is the curving, or deviation f light from a straight line as it enters the Earth’s atmosphere, making the oon magnified as it comes up over the horizon and therefore appearing larger than it actually is. Therefore, Moonrise is the best time to photograph the Supermoon, as it will be visibly the largest during its path across the night’s sky. When photographing at this time, you will also benefit from some ambient light left in the sky as it should occur close to sunset, meaning you can use faster shutter speeds or lower ISOs than photographing against a black night sky.

Timing here is key. The Moon will rise quickly, so you’ll want to be set up with your camera and ready to shoot before sunset. It’s best to take a few test shoots and exposures and settle your position before the Moon comes up. 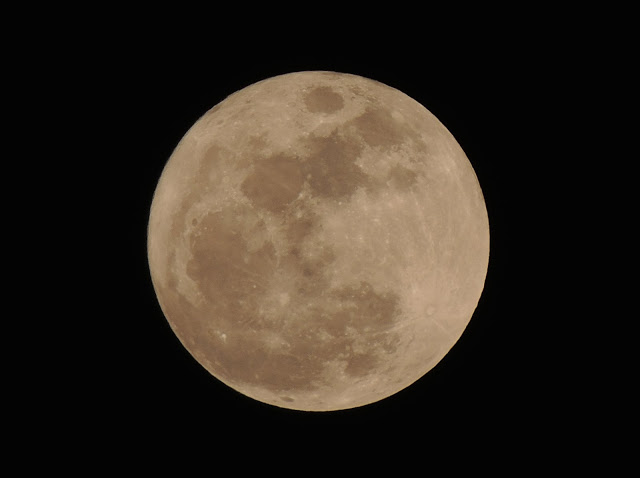 Although Tuesday 27 April will be point at which the Moon is the closest and therefore largest, its reasonable to go out a couple of days either side and you’ll be able to capture the moon at close to it’s nearest point.

What do I need to photograph the Supermoon?

A camera with a long lens and manual settings is a must-have for photographing the Supermoon. It doesn’t necessarily need to be a DSLR camera, a Micro Four Thirds camera or Mirrorless camera will do just fine as well.

There are two approaches to photographing the Supermoon. Firstly, using a wider lens to capture an expansive landscape, perhaps capturing the reaction of other photographer or stargazers looking up at the moon, silhouetted against the moonlight. The second, and probably most popular way to photograph the Supermoon is to use a longer lens and capture the Moon next to some foreground or landscape objects to add perspective and a sense of depth to the image.

By using a longer lens, the moon will appear much larger in the context of foreground objects thanks to a photographic occurrence known as lens compression. Lens compression, in photography, is the apparent distance between foreground and background objects affected by the focal length of lenses. Telephoto lenses have maximum lens compression which means that at their maximum zoom, objects will appear to be a similar size and the apparent distance between them will be minimised. 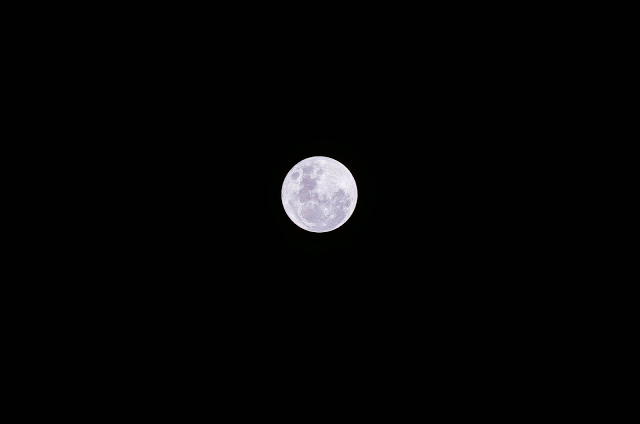 Settings wise, aim for a medium aperture of anything from f/8 down to f/22 if your camera can handle it. You’ll be shooting on a sturdy tripod so you can use a longer exposure time, but you don’t want it to be too long otherwise you’ll see a blurring of the moon as it travels across the sky.

If you’re shooting at super-telephoto lengths, use a fast shutter speed of1/100th of a second or faster. Similarly, use as low an ISO as you can get away with to get a properly exposed image, and don’t be afraid to go to the limits of what your camera can handle, as some of the latest cameras perform well at high ISO. 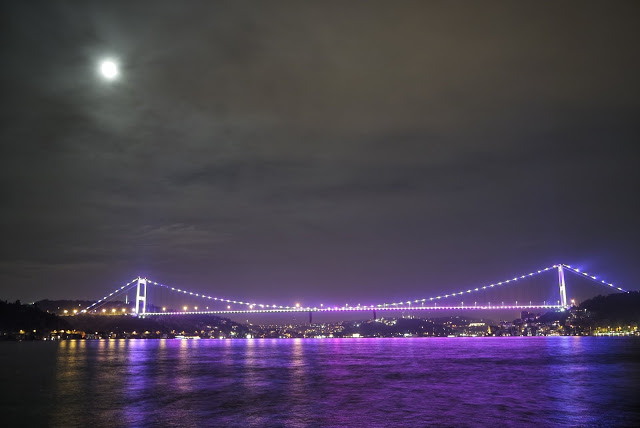 Most importantly, have fun! Don’t forget to look at it with your own eyes too to appreciate this lunar spectacle! Wrap up warm and maybe take a flask of your preferred hot drink with you.