available on all purchases 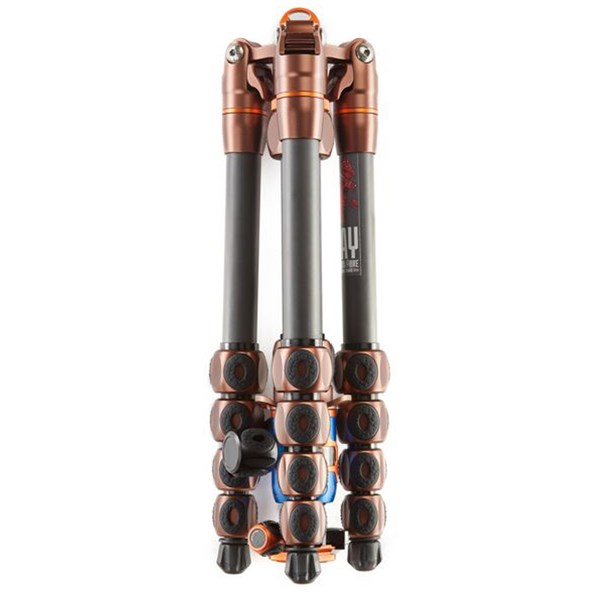 Claim a FREE QR11 L Bracket worth £49.99 when you purchase this product. Free gift via redemption only. Claim here.

Part of 3 Legged Thing’s new Legends range, Ray features not one but three detachable legs which can be used as monopods or boom arms. With the legs removed, Ray can be used as a table-top tripod by adding a set of 3LT’s tripod footwear.

Ray is constructed from 8 layers of 100% pure carbon fibre and aerospace-grade magnesium alloy, and has a new design of leg and column locks. Externally new O-Pads give users improved grip, leverage, and water displacement. Internally the locks have been engineered with a new design of Chicken Lips (shims) which give the locks greater strength and grip.

3LT’s new Rapid Latch, a new anodised metal leg latch with auto-engage lock, is used to open and position Ray’s legs, and to release them for counter-folding.

Ray ships with a stunning new Arca-Swiss compatible ballhead – the AirHed Vu, and QR-Octa quick release plate. AirHed Vu features contoured security cut-outs in the detachable clamp, to accommodate security pins in the underside of the QR-Octa plate. AirHed Vu also has a vision panel in the casing allowing uses to see the mechanism move into place.

• Impressive load to weight ratio of 24:1
• Ultra-compact size when folded – fits inside larger camera bags or airline carry-ons
• Three removable tripod legs – can be used as monopods or boom arms
• Rapid Latch hardwearing, anodised metal, easy-use leg latch with auto-engage lock
• Elegantly contoured patented Tri-Mount plate for easier use, with hollowed spurs for clip on devices
• Usable as a table-top tripod with legs removed and the addition of 3LT tripod footwear (sold separately)
• Removable / reversible centre column
• Three optimal leg angles to create different shooting heights and perspectives, with legs that can be adjusted independently for use on uneven terrain
• Raised O-Pads on leg and column locks for improved grip, leverage, and water displacement
• Leg locks include a new design of Chicken Lips (shims) which give them greater strength and grip
• Interchangable footwear with 1/4”-20 thread (3LT Heelz, Stilettoz, and Clawz sold separately)
• AirHed Vu precision-engineered ballhead with vision panel in the casing, and security cut-outs in the detachable clamp which work with the security pins on the QR-Octa quick release plate

Still not sure about going out to the shops? No problem, we've got you covered. Video chat live, with one of our Burgess Hill in-store colleagues. It's like being in the shop, but in the comfort of your own home! Find out more