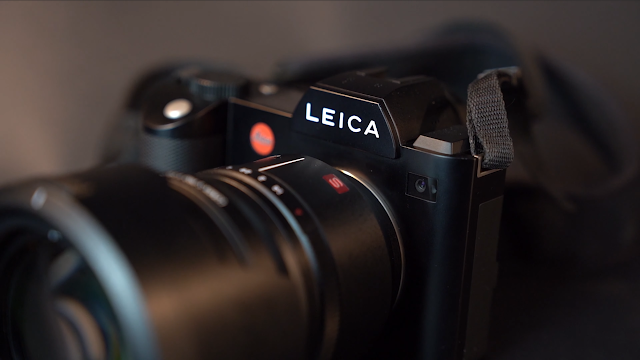 We’re taking a fresh look at the Leica SL (Typ 601), a mirrorless camera that absolutely excels for stills photography and would probably surprise you when shooting video. With the new L Mount partnership, there’s good reason to revisit this camera.

With the release of the Panasonic Lumix S1 and S1R earlier this year, we also saw the new partnership between Panasonic, Leica and Sigma using the L mount and that means that there is a much bigger eco system for cameras like the Leica SL. In the spirit of that, we’ve been using the Panasonic 50mm f/1.4 S Pro which is one of the new L Mount lenses.

Before we get into the image quality and the specs of the camera, it’s important to talk about just how good this camera feels when you pick it up. There’s something about Leica cameras, they just feel special and this is no different. I’ve been really impressed with the ergonomics and the physical layout, not to mention, it’s just a beautiful camera. There’s just a great aesthetic to it; the design is nice and minimal and yet, the controls still feel great. It’s certainly a very well designed camera.

The Leica SL is housing a 24MP full frame CMOS sensor along with the Leica Maestro II image processor and these combine to capture stunning photos. The image quality from this camera is truly outstanding.

The tones and the colour reproduction are beautiful and the images have a certain look to them that I’ve only ever seen from a Leica camera.

Low Light is an area where this camera excels with high ISO values like ISO 6400 or even above being totally useable and using the L mount, a lot of the Panasonic lenses and the Leica lenses have optical image stabilisation helping out even further when shooting in darker conditions.

It can also shoot up to 11 frames per second in continuous mode which is faster than I thought it would shoot and it has a built in interval mode for setting up timelapses.

One area that the SL surprised me was video. I imagine most people are probably looking at this camera (and Leica cameras in general) for primarily for stills so I was surprised by how well it was able to capture video. It’s able to shoot 4K at up to 30 frames per second and Full HD at up to 120 frames per second which in itself is not overly noteworthy these days but the video has this incredibly clean look and there’s such high levels of detail with so little noise that the video looks incredible.

In addition, Leica give you a LOG profile with this camera called L-Log. If you’re not familiar with LOG, it’s essentially a very flat image with very low contrast and saturation. That means in post you can get more information out of your shadows and highlights and you have more control over the final look of your video. It does require grading in post production but you can end up with a much more nuanced picture.

I was incredibly impressed by the L-Log profile. I was able to recover highlights and shadows much further than I thought I would be able to. It also responded incredibly well to colour grading and I was able to get the picture exactly where I wanted it.

As I mentioned at the start, the camera is very nicely laid out in terms of control and it feels so nice to hold. It’s not super heavy but it does have a decent amount of weight to it which gives it a solid feel and the grip on the front of the camera is nice and deep just adding to that great feel.

The controls are nice and minimal, you’ve got two dials, one on the top and a rear dial to control things like aperture and shutter speed. Otherwise, on the top of the camera you’ve got a dedicated button for movie recording and a button to switch between stills and video as well as a nice big screen which gives a very clear display of settings.

On the back of the camera, you’ve just got four buttons around the rear screen which allow you to access the different menus and a thumbstick towards the top which is probably the best feeling thumbstick I’ve ever used on any camera. I know that’s not a particularly interesting part of a camera to get excited about but it’s difficult to convey just how much of an impression it made.

The rear touch screen is nice and bright but it’s the viewfinder which is seriously impressive. It’s a 4.4MP EyeRes Electronic viewfinder with a refresh rate of 60 frames per second. All of that adds up to give you incredibly clear and smooth imagery.

The camera is also fully weather and dust sealed, protecting you from less than ideal conditions and you’ve got dual SD Card slots as well.

The Leica SL is an absolutely beautiful camera, from the design of the camera itself through to the images it produced. You can watch our full video on the camera below: