A couple of weeks ago we announced the release of the Canon 6D Mark II - which, by any other measure is a outstanding camera. It's designed as an entry-level full-frame DSLR for people stepping up from an APS-C sensor camera. We've been hands on with the 6D Mark II and we love it, the image quality is amazing, it focuses plenty fast enough, and frames per second rate lets you better capture action shots. However, a vast majority of comments on Facebook & YouTube about this camera have been criticisms that it doesn't have 4K video. With many commenters suggesting that in 2017 a full-frame DSLR priced at £2,000 should come with 4K video by default. In this rather honest blog, we're addressing the issue of 4K video head-on and laying out why we believe it's not necessary for every camera to have it - even though we wish they did.

Let's start by looking at the pro's of 4K video - why do so many people want it in their cameras? The biggest and most obvious advantage of 4K video over 1080p is that 4K has a much higher resolution - nearly four times the resolution in a 16:9 ratio.

The increase in resolution from 1080p to 4K means that 4K capable UHD televisions reproduce much more intricate details in each frame, with more gradients in colours and sharper contrast, as well as less moire.

A lot of filmmakers will shoot in 4K video even if the final output will only be at 1080p. This ability to scale down footage from 4K to 1080p means that the final output video has a much higher level of detail than if it was shot in 1080p only.

Further versatility in video post production comes in the ability to digitally stabilise video, pan across, add motion, and crop from the full frame to a more focused area. With four times the number of pixels, 4K video allows editors to use the footage in a much more versatile way. 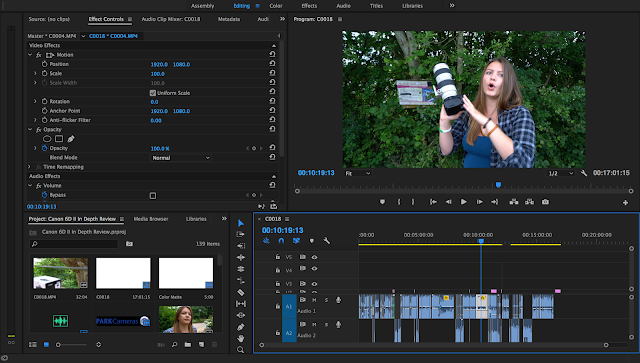 With a video resolution of 3,840 x 2,160 you can easily grab a still image from it, which works out to be 8.2 megapixels. That's plenty enough to share online, use as a thumbnail, or share on social media.

While you can print at that resolution, at 300dpi you'll only be able to print up to slightly larger than A4 paper size.

One of the less common arguments to shoot in 4K video over 1080p HD is that you should always shoot with the latest technology, on the basis that doing so will future proof your work over further advancements.

Indeed, 8K video already exists, and it won't be long before we're seeing consumer grade 8K video capable cameras. If you're reading this in 2020 and wondering why this prediction sounds so obvious - you've proved my point.

So there are many reasons to buy a camera that shoots 4K, but with the 6D Mark II missing out on 4K, let's look at some of the reasons why you might NOT want to shoot in 4K and why 1080p HD might be a more sensible option for most people. 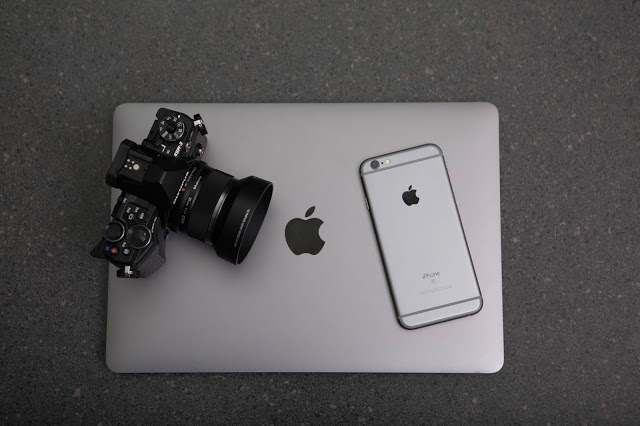 You Need a Fast Computer

Video editing with 1080p HD video has always required a computer with some hefty processing power - plenty of RAM and a fast Solid State Drive are normally called for.

When you start editing with 4K video, however, you need something even faster. There's simply more data to handle and you need a computer that has that capability.

There are plenty of options around, but if you've got a 2 or 3 year old computer or you haven't bought something that's optimised for video editing, you'll struggle to process the sheer volume of data that's required from 4K video.

Obviously the amount of data that your 4K or 1080p HD video will occupy will change depending on the specific resolution, sensor size, codec, and format it's shot in.

If you're planning on shooting 4K video, be prepared to invest in some significant hard drive space.

There's a really informative blog over at 4Kshooters.net that breaks down how much data different cameras use. Destination of the Video

This is quite a common reason for shooting HD video over 4K that is nearly always rebuffed in comments sections, but it remains true. Not everyone has a 4K capable TV screen, computer, phone etc, so they'll be watching your video in 1080p HD or lower quality, especially if it's on Instagram, Facebook, or Twitter.

An adjunct to this is bandwidth. Yes, the presence of Fibreoptic broadband in UK homes is growing year on year, but there are still hundreds of thousands of people across the country (nay, World) who browse the internet using ADSL broadband or slower speeds. Streaming 4K video uses up a lot of bandwidth, and we're a long way off from 4K being the default streaming quality on YouTube videos. Additionally, if you're streaming on mobile, you're unlikely to be streaming a video in 4K so as to preserve your monthly data usage.

One of the biggest reasons that the Canon 6D Mark II doesn't feature 4K video is that it's a case (as many people seem to believe) of simply turning on a software or firmware portion of the camera to enable it to record 4K video.

There's a lot more hardware to it than that. Recording 4K video generates a significant amount of heat, which needs to be dissipated, and requires extra processing power, among other factors.

Using all this extra energy and power uses significant amounts of battery life. Mirrorless cameras are popular vessels for 4K video, however, due to their diminutive size they tend to carry lower capacity batteries and have a shorter battery life than their DSLR cousins.

All this means that shooting 4K video will chew through your battery a lot faster than shooting HD video will.

You're a Stills Photographer

This is the big one. It's one of the reasons why the Canon 6D Mark II doesn't have 4K video. Unless shooting video is your thing, you don't need 4K video. If 99% of what you spend your time doing is taking still images then you need a camera that is built with that as its main purpose.

Yes, there are cameras that are just as good at being still cameras as they are at being video cameras, but for the vast majority of people, and especially if you're buying your first full-frame DSLR, you'll probably be choosing between stills and video.

Importantly, Canon do actually make 4K capable video cameras - namely their latest, the EOS C200, as well as a variety of other in their EOS C cinema camera range. We're not making an argument here for 4K video or HD video, we're saying that they both have their place in the current camera market and photography/videography industry.

There are uses for 4K video, and there's no doubt that higher resolution video will be the future, both in terms of viewing devices and recording devices, and if you're a professional filmmaker or videographer and your primary activity is video, then 4K is probably going to be for you. But HD video is still relevant (unless you're reading this article in the year 2030), and for the vast majority of people shooting video - 1080p HD is more than plenty, and it makes a lot of sense.

Dangerously, we welcome any comments and a discussion on which you think is better, and why.