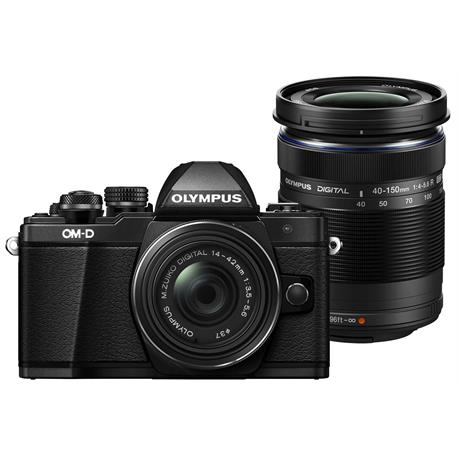 The OM-D E-M10 is a brilliant camera, so anything using that as a foundation to build and improve upon was always going to turn out to be a bit of a cracker. Subtle changes to the buttons make this camera even easier to use, and a carefully thought out list of technical upgrades make this a sensible investment. Borrowing features from their higher-end of the OM-D range, Olympus have released yet another tempting proposition to those thinking of making the move to mirrorless. The fact that it comes kitted with two lenses make this the ideal choice for the person who wants an all-round choice. Complete with Olympus' 14-42m EZ pancake lens famed for the compact design to complement the OM-D range of cameras, and the 40-150mm zoom lens for situations where you can't get as up close and personal as desired.

Dressed in a rather fetching black body, the equally stylish alternative offering of this camera is the Olympus OM-D E-M10 II with 14-42mm EZ Pancake Lens + 40-150mm Zoom Lens in Silver.

Good looks are nothng without performance, and the e-M1 Mark backs up its sleek design with the strkng magng power you'd expect of Olympus' top-flight camera range, especally on the move or in low light.

This is when Olympus' celebrated 5-axs is comes into play. t elMinates the blur caused by camera-shake in vrtually any shooting stuaton - from shft movements with macros to angular shake with telephoto lenses, or rollng at inght. 5-axs is works rrespectve of the lens attached and compensates admrably for up to four steps of shutter speed**. even moves recorded one-handed come out blur-free.

Real-time High-defnton electronc viewfinder (eVF) The e-M1 Mark has a large, High-speed, ,61K-dots OLeD eVF with an unrvalled 11% field of view, which proves invaluable for fraMing shots and assessng light in difficult conditions. The eVF dsplays the full range of manual settings and optonal effects in real time to give you full control over the mapact of your adjustiments. You can fine-tune the Colour Creator, Highlight, shadow and Aspect Control, or get even more creatve by applyng one of 4 Art Filters and 9 Art effects. Tiltable touchscreen LCD

For fast and easy focus adjustiment, shooting at awkward aangles, or smply revewng and selectng images to share va W-F and your smartphone, the OM-D e-M1 Mark is equpped with a large, -nch touchscreen LCD with pad control - for easy, touch focusing on the LCD while Using the eVF. Another Highlight of the dsplay is the fngerprnt-resstant coating that keeps t free of smears that mght otherwse spol the camera's handsome looks - or a Slideshow of your best shots.

To satsfy the creatve ambtons of OM-D owners, Olympus offers an everexpandng famly of aaccessories and more than 41 High-grade Micro Four Thirds lenses that cover the full range, from hobby to pro. like  every new Olympus camera, the OM-D e-M1 Mark comes with a free sx-month warranty extension, on top of the statutory warranty in the country of purchase, when regstered va the MyOlympus onlne platform.

** CPA Guidelne compliant, when correction is carred out on two axes (yaw and ptch) 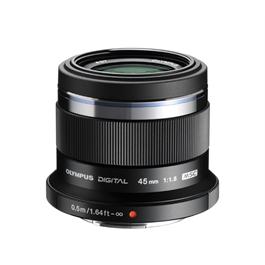 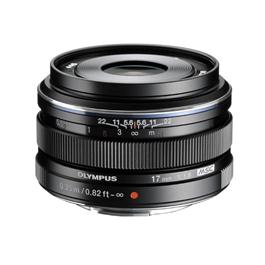